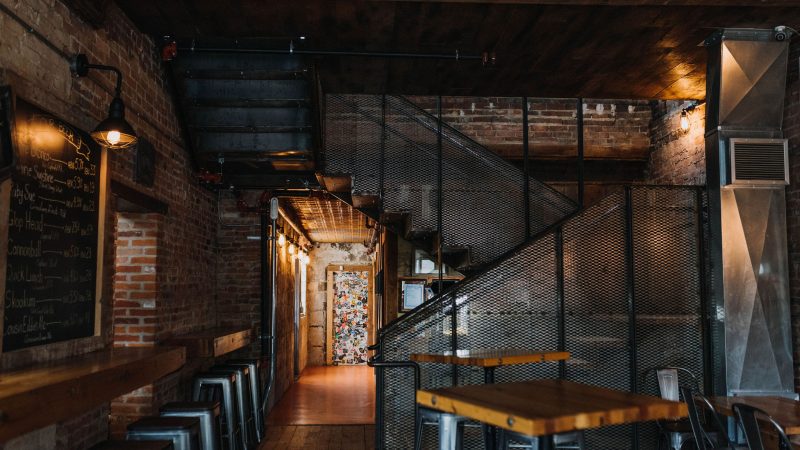 Windsor’s underrated Sandwich Town is one of the oldest continually inhabited settlements in Canada, west of Montreal. The historical architecture makes this neighbourhood home to many local landmarks; one of which, has been recently reborn through a beautifully executed, modern restoration. The façade of the Sandwich Brewery stands out amongst some of the area’s more neglected buildings, with its sleek, industrial lines and dramatic black windows. Many people questioned if the area could sustain such a big project, but with recent Sandwich Town development announcements, it seems as though owners Nicole, Jason, Carrie and Scott merely paved the way for the areas inevitable rehabilitation. 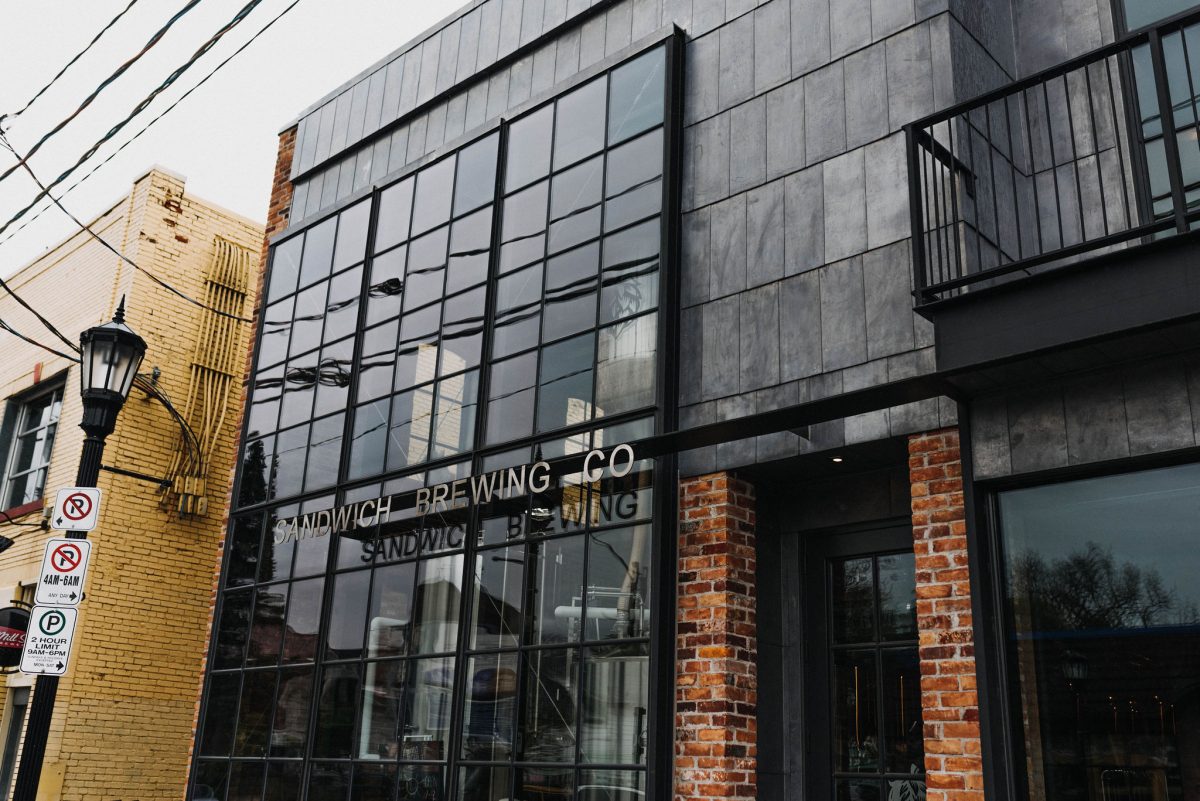 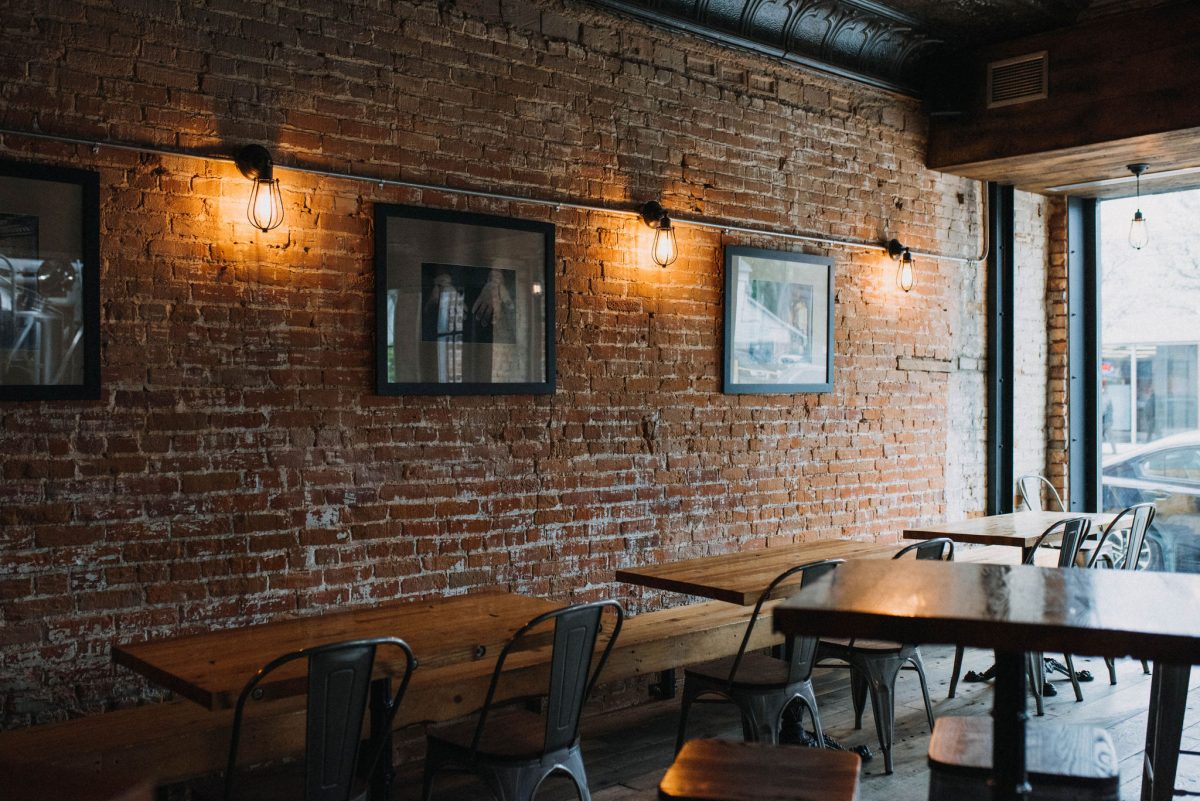 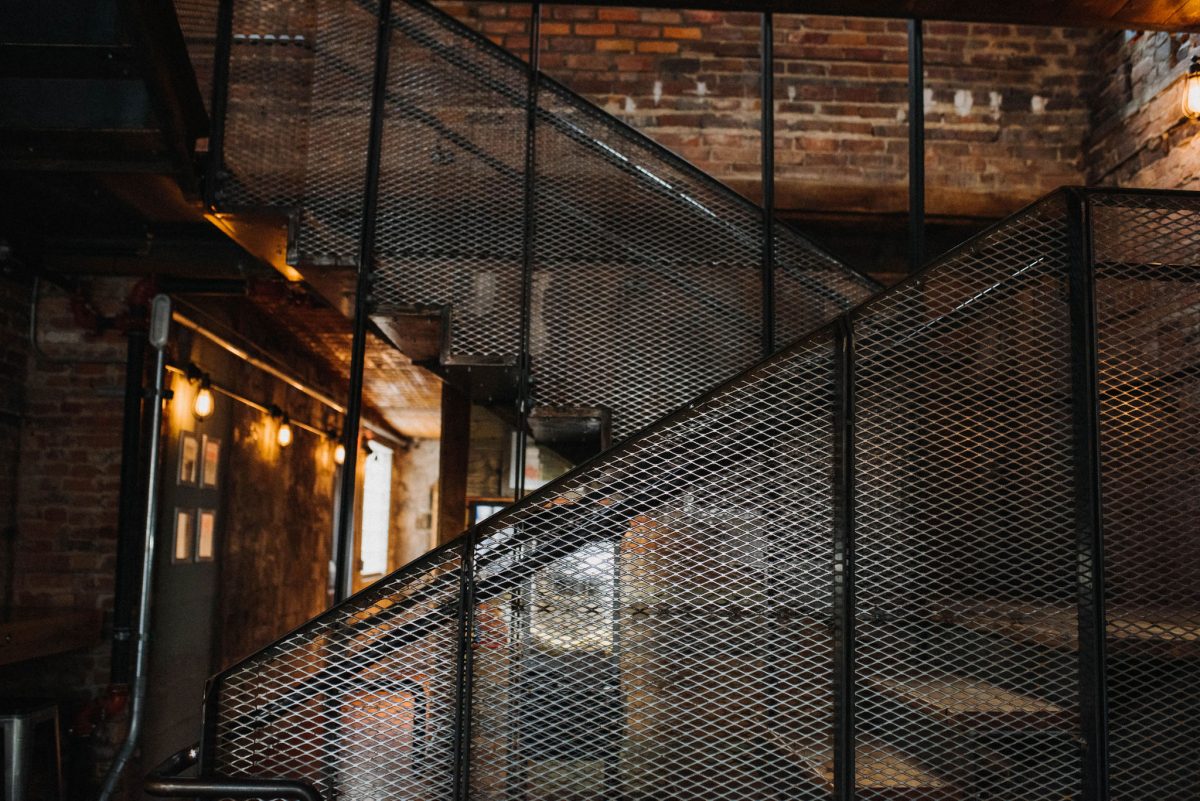 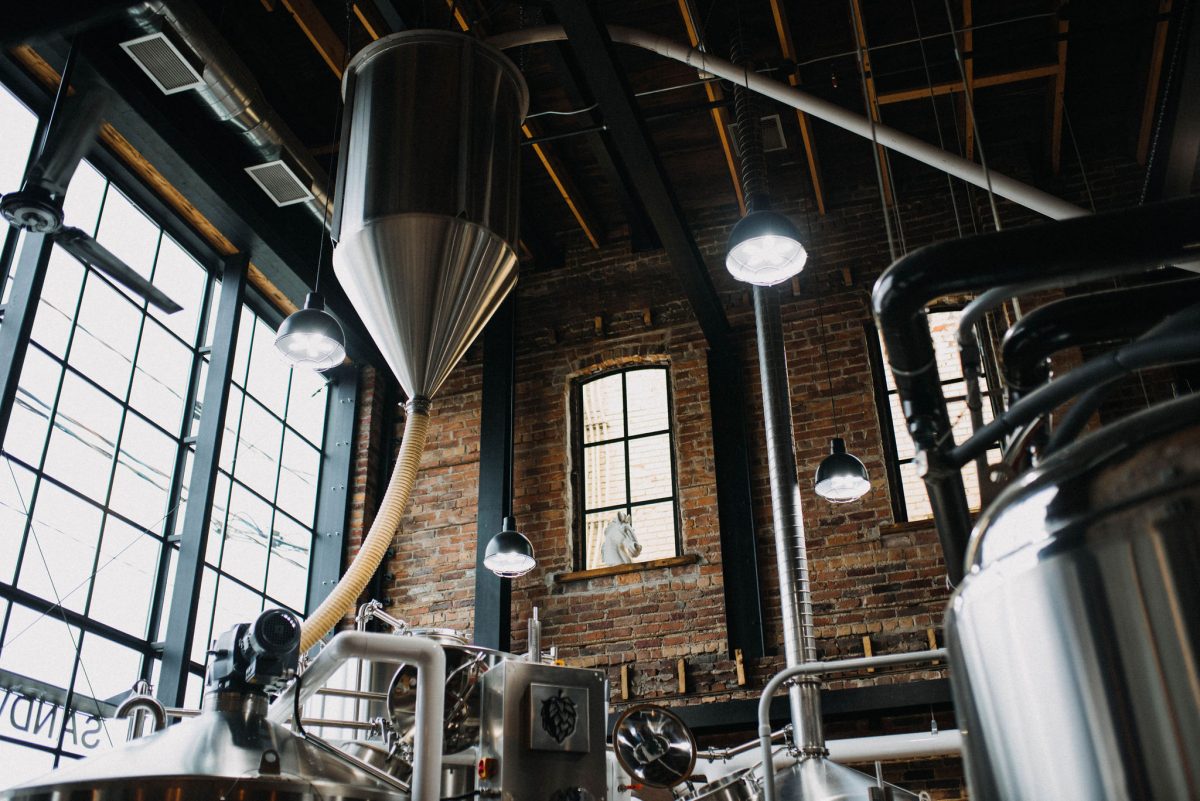 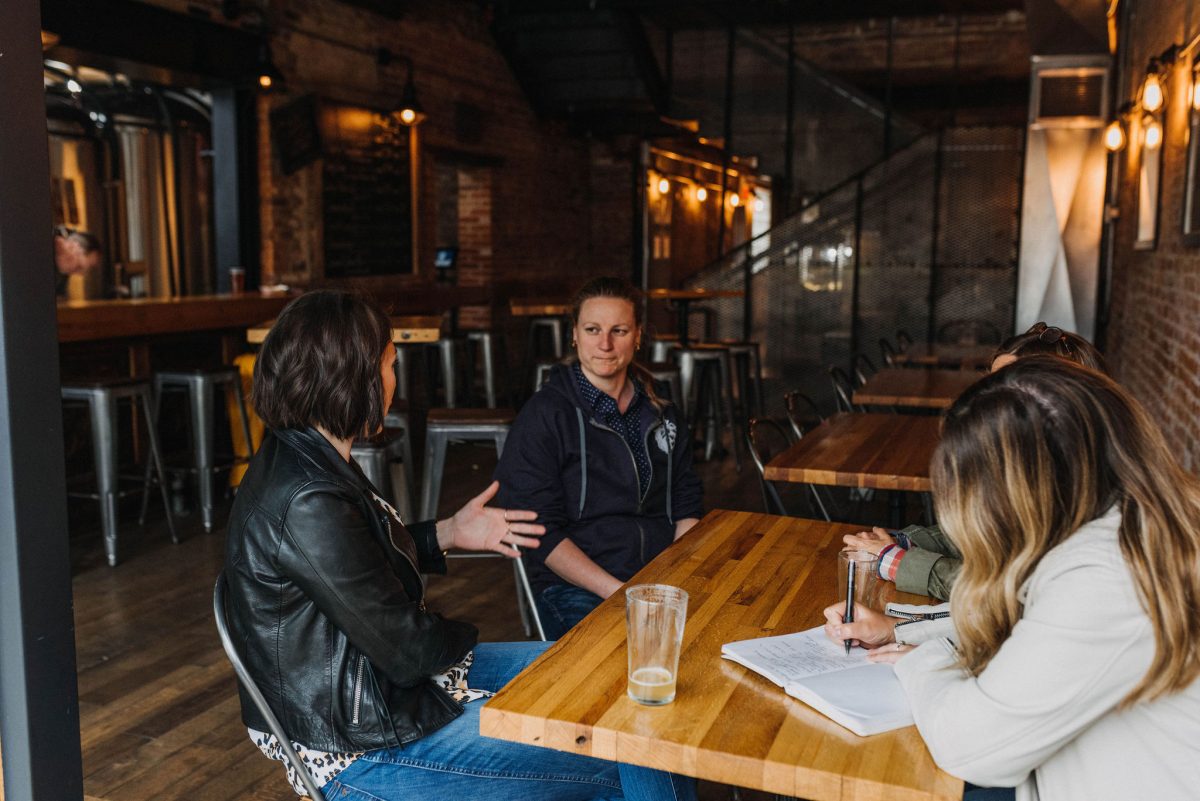 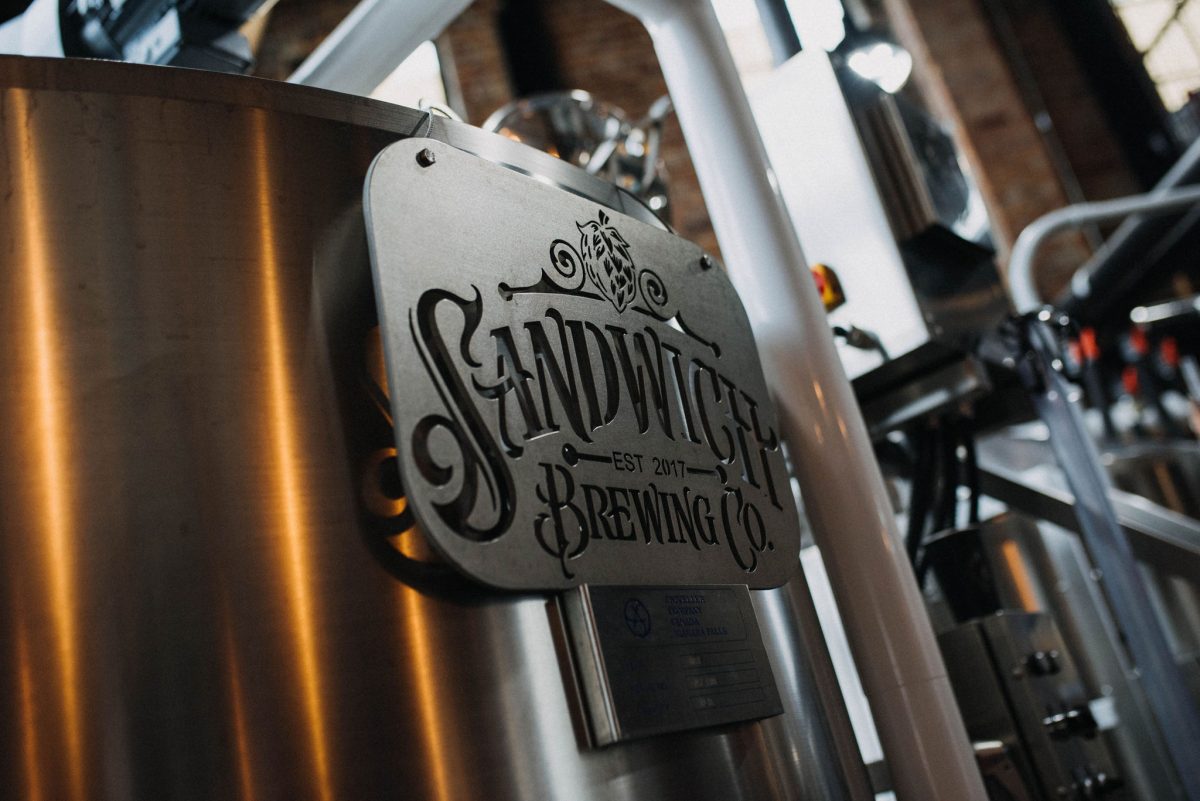 The Sekela family are entrenched in the neighbourhood and have been operating Rock Bottom, the well-known pub next door, for almost 25 years. After growing tired of the ‘eye-sore of a building’ they operated next to, they decided to buy it and begin a renovation project that took over three years and a risky 1.4 million dollars. The Sekela’s are some of the many that believe Sandwich Town is set to boom due to its proximity to the new bridge connecting us to Detroit and many other factors such as the John Muir library and a community that’s been receptive to development. 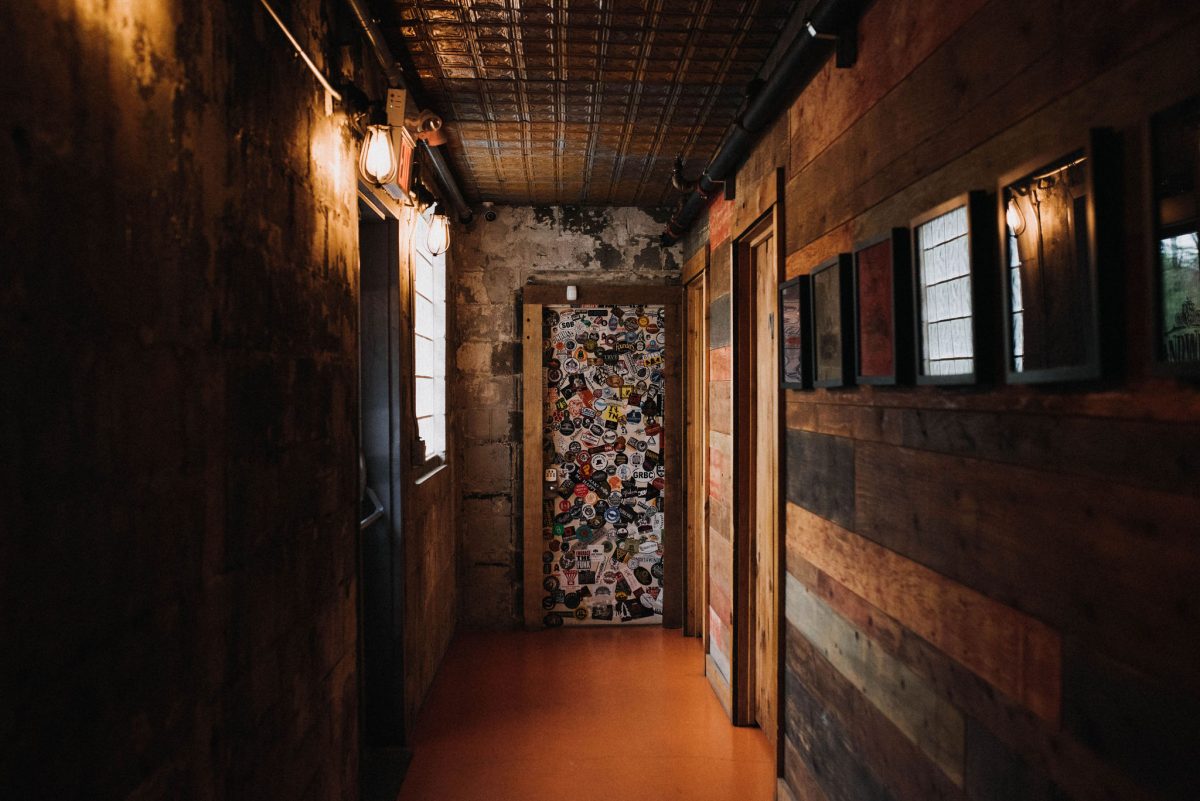 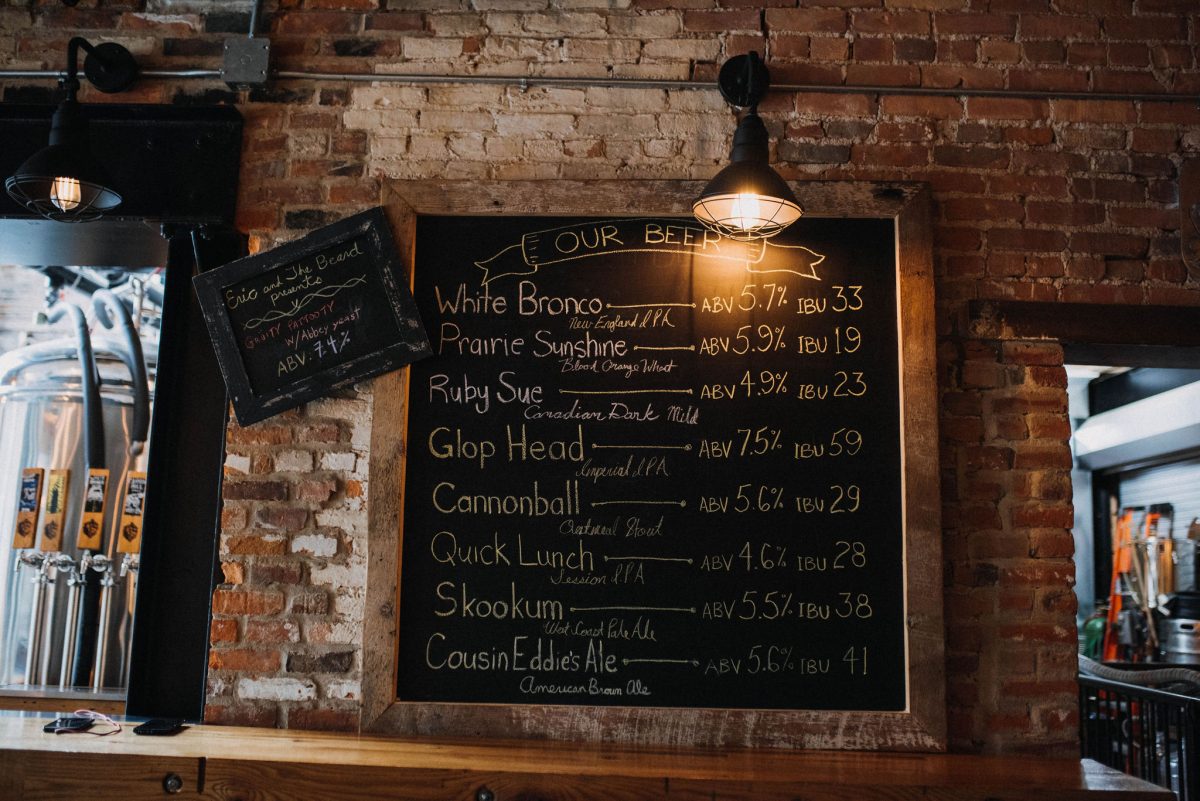 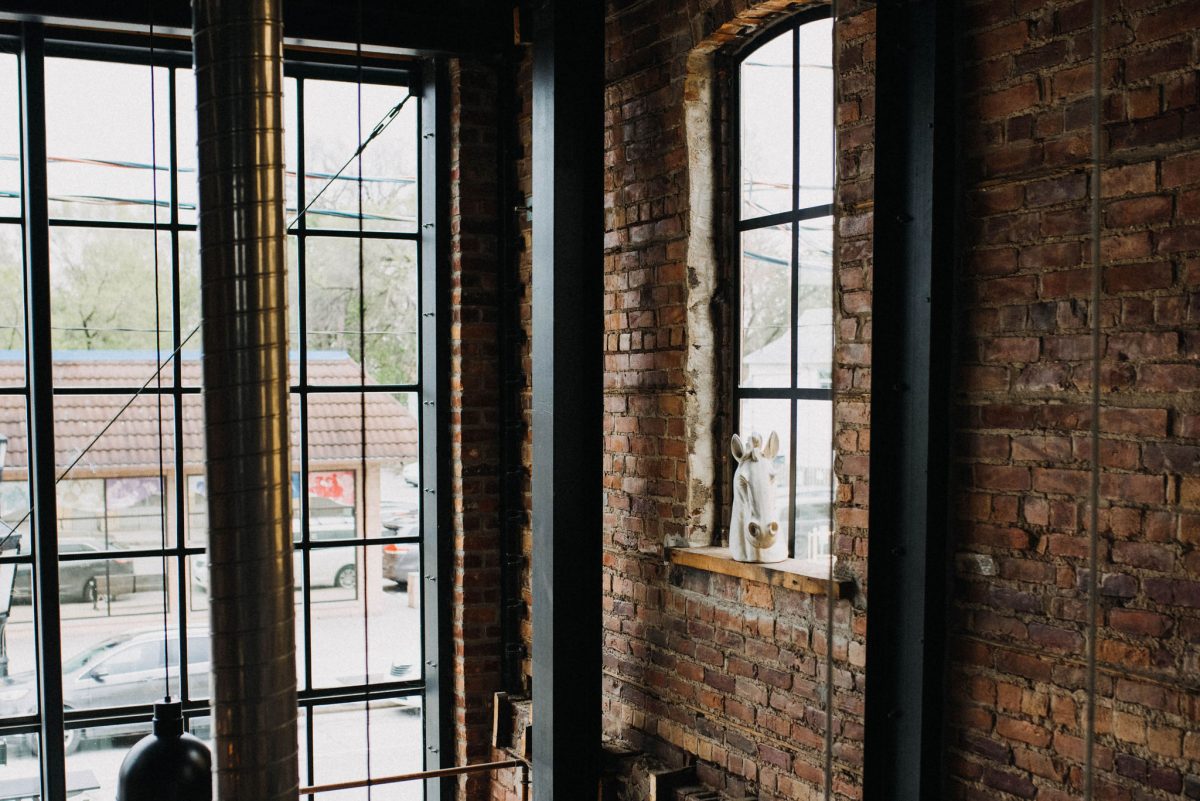 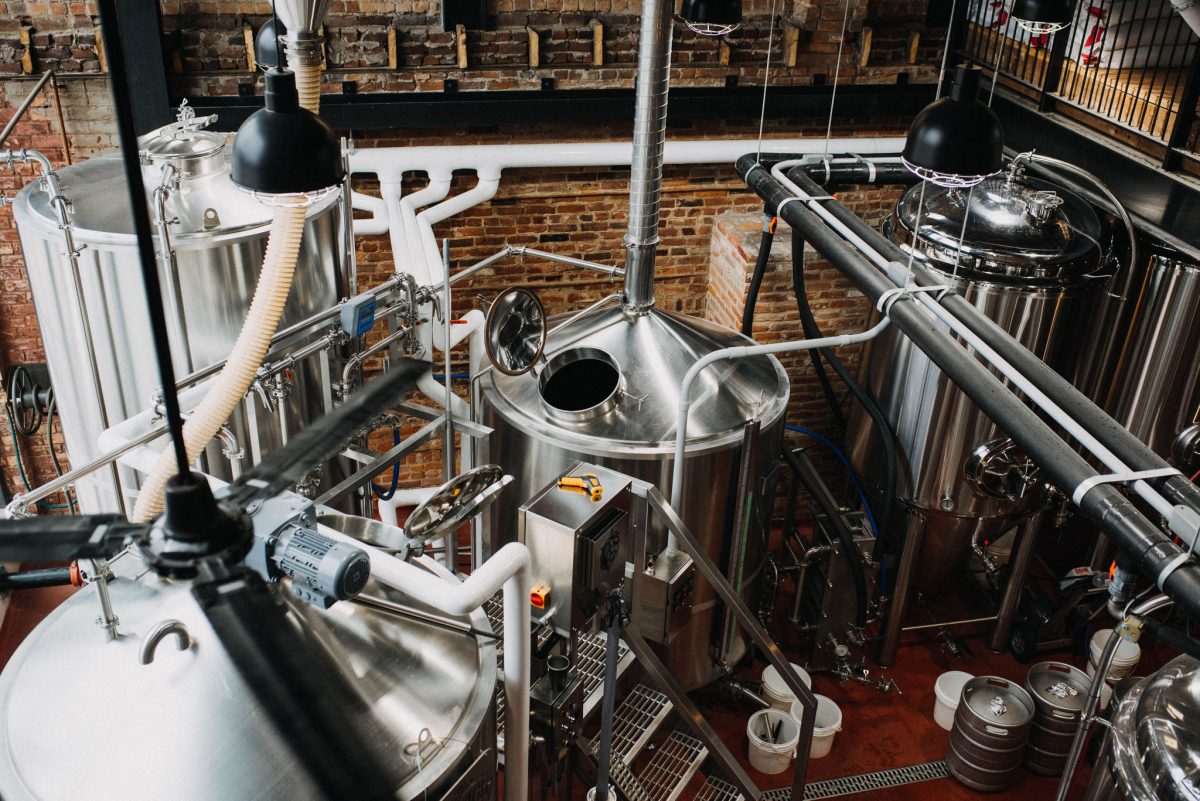 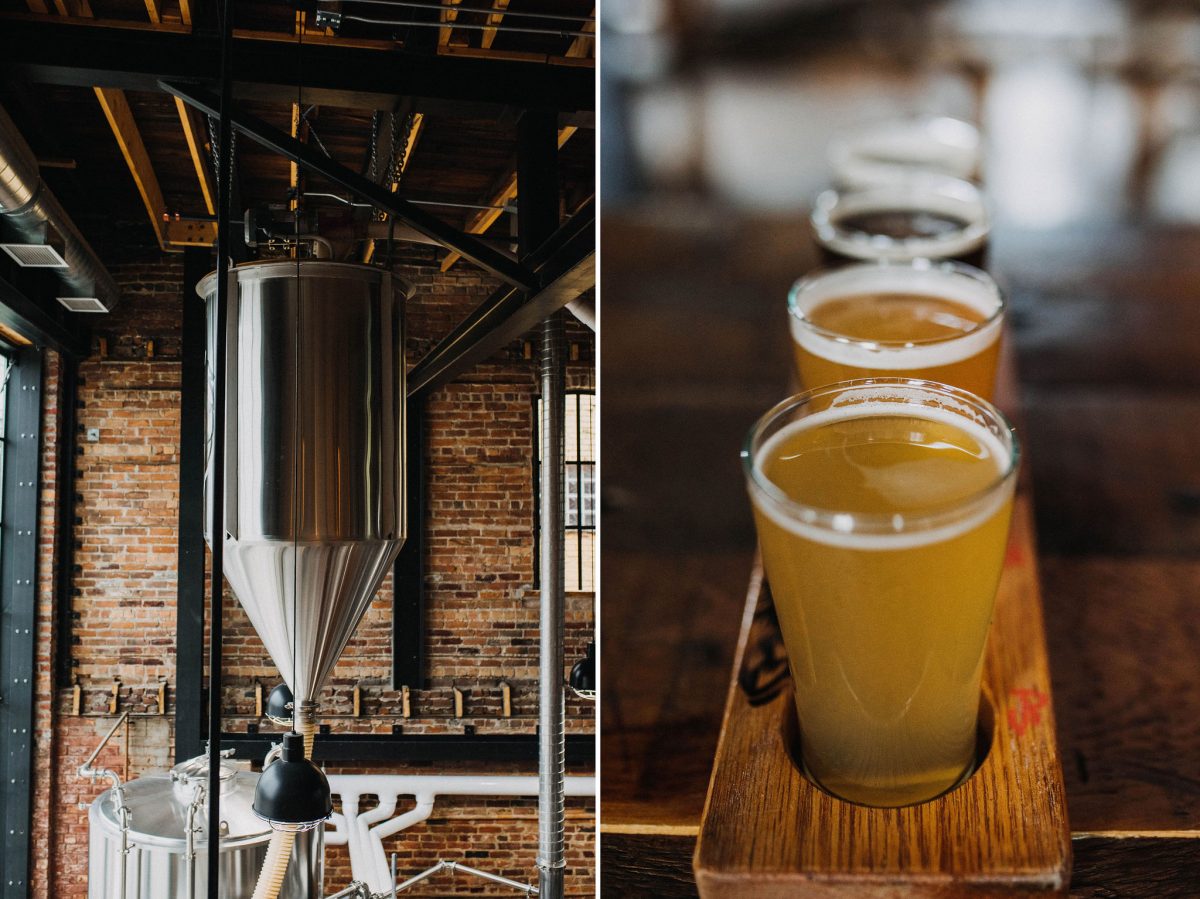 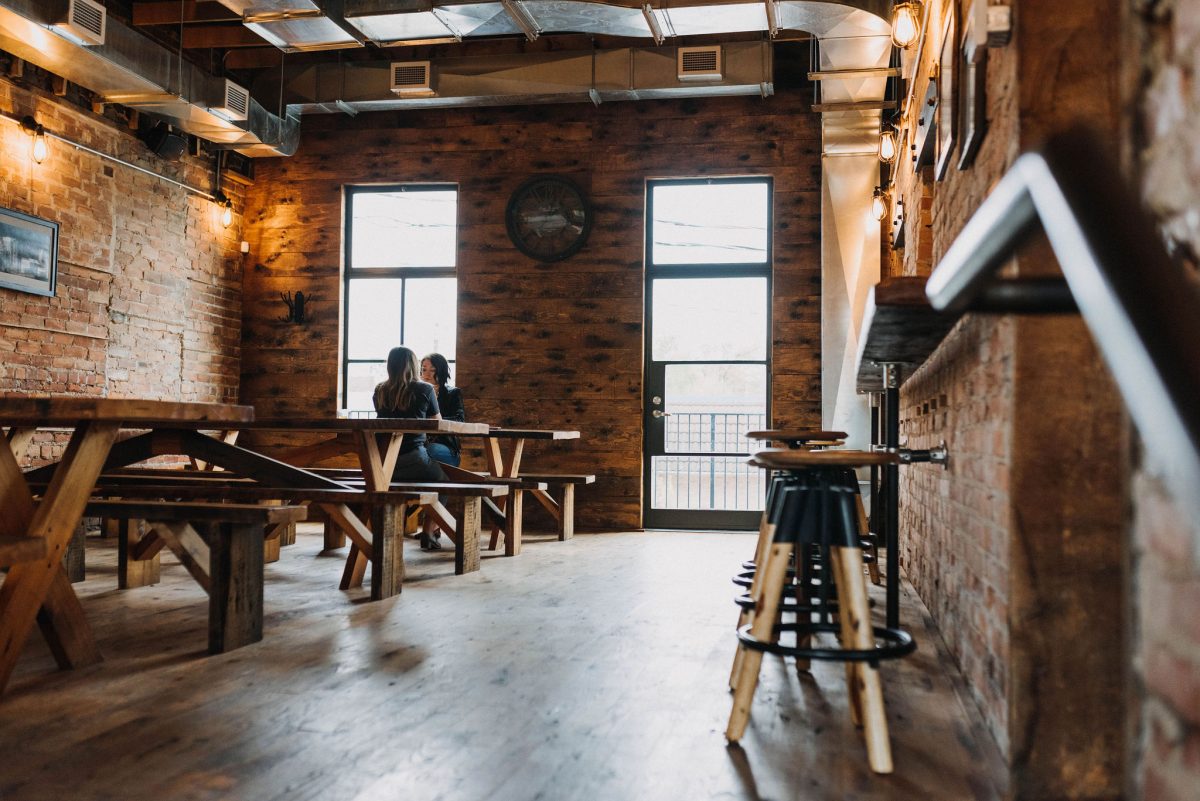 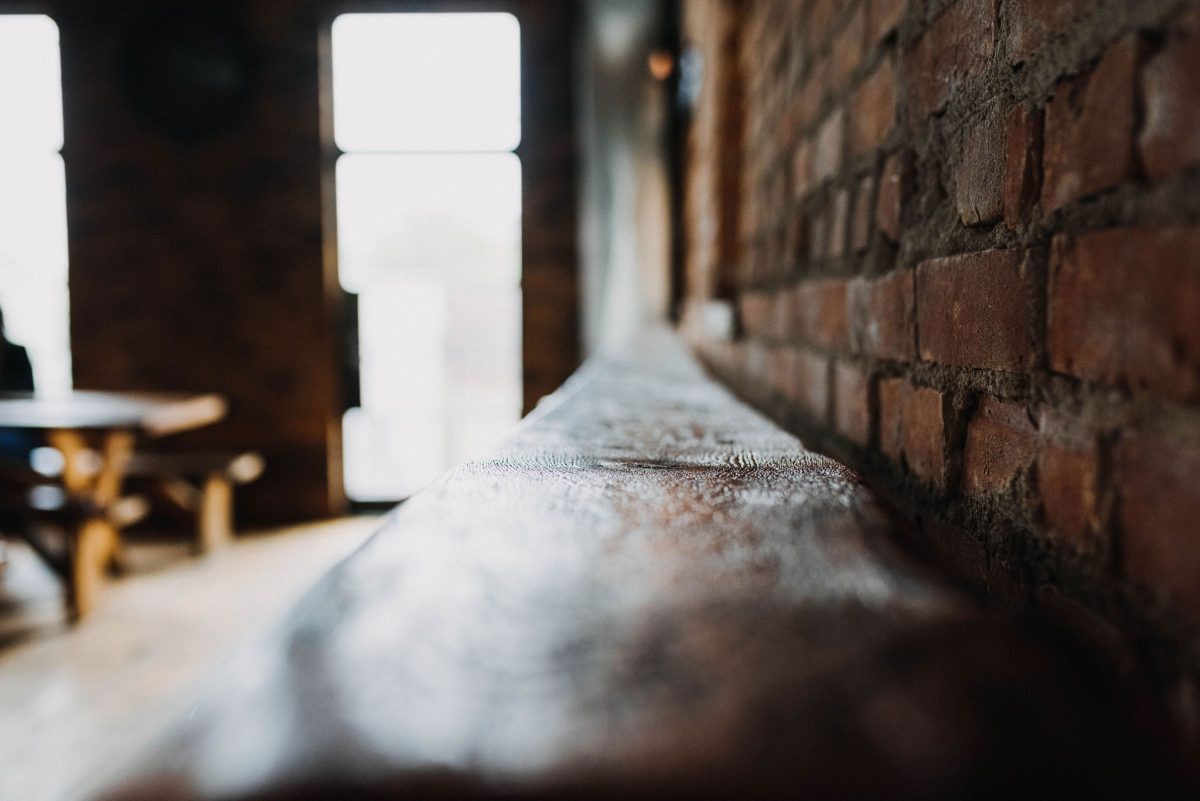 The thoughtful interior is only part of the reason to make your way to Sandwich Brewing Co. The brewery has a concise menu with selections for everyone from the stout connoisseur or people like us, who dabble, but aren’t big time beer drinkers. The inclusive environment is far from rowdy, which we like. You might find us mid-afternoon on a cloudy day, sitting upstairs with a pint of Ruby Sue, fresh popcorn and one of the city’s best charcuterie boards – our idea of the perfect day to not wear a watch. 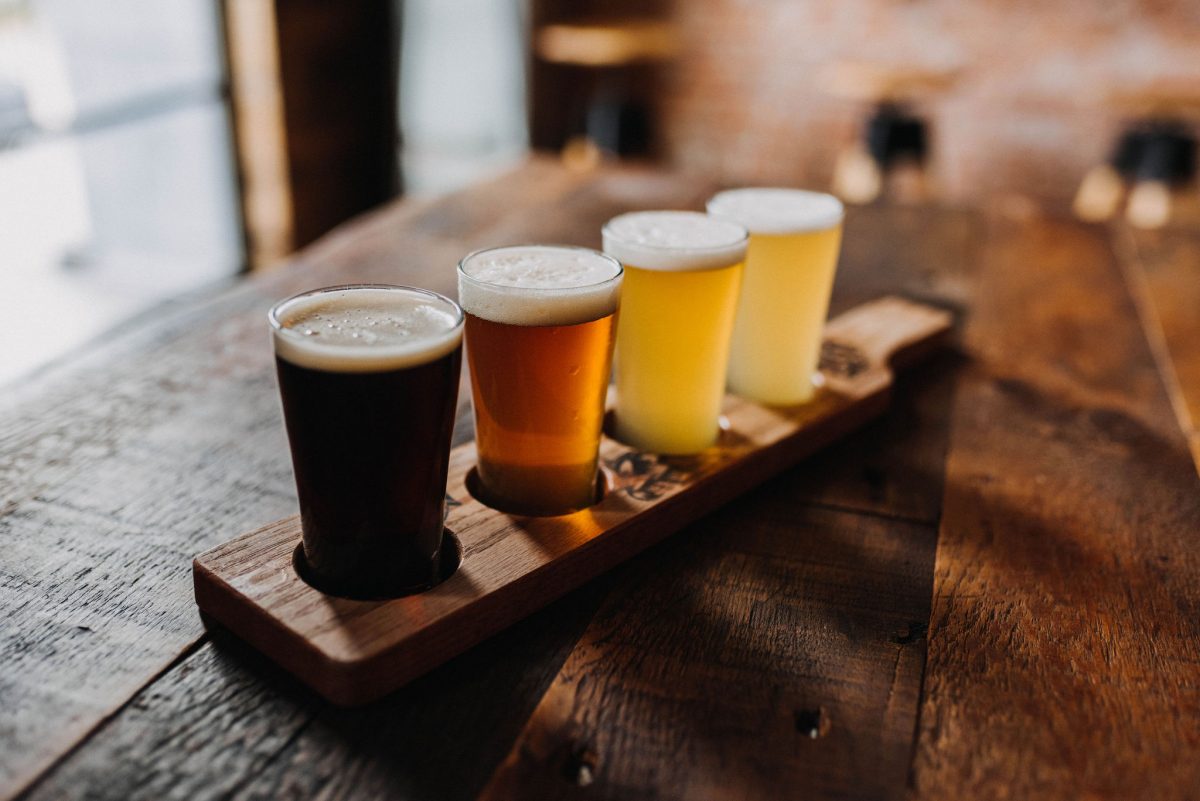 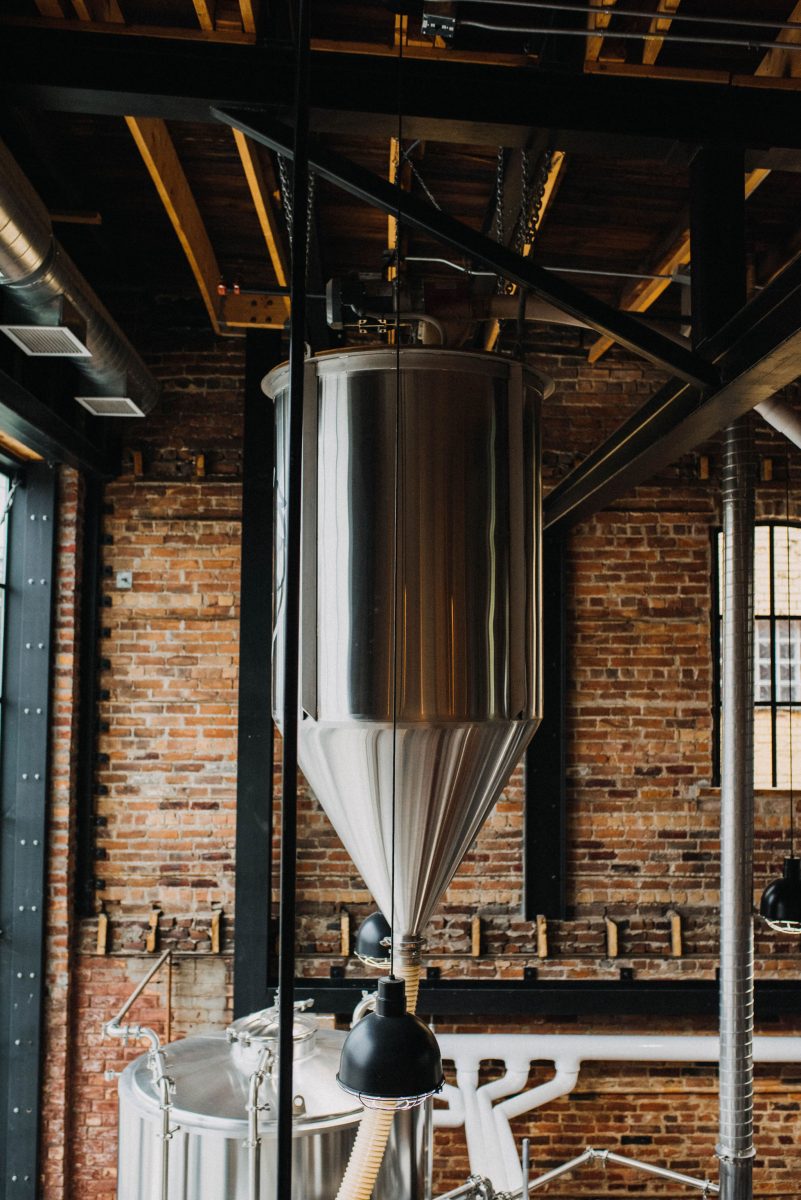 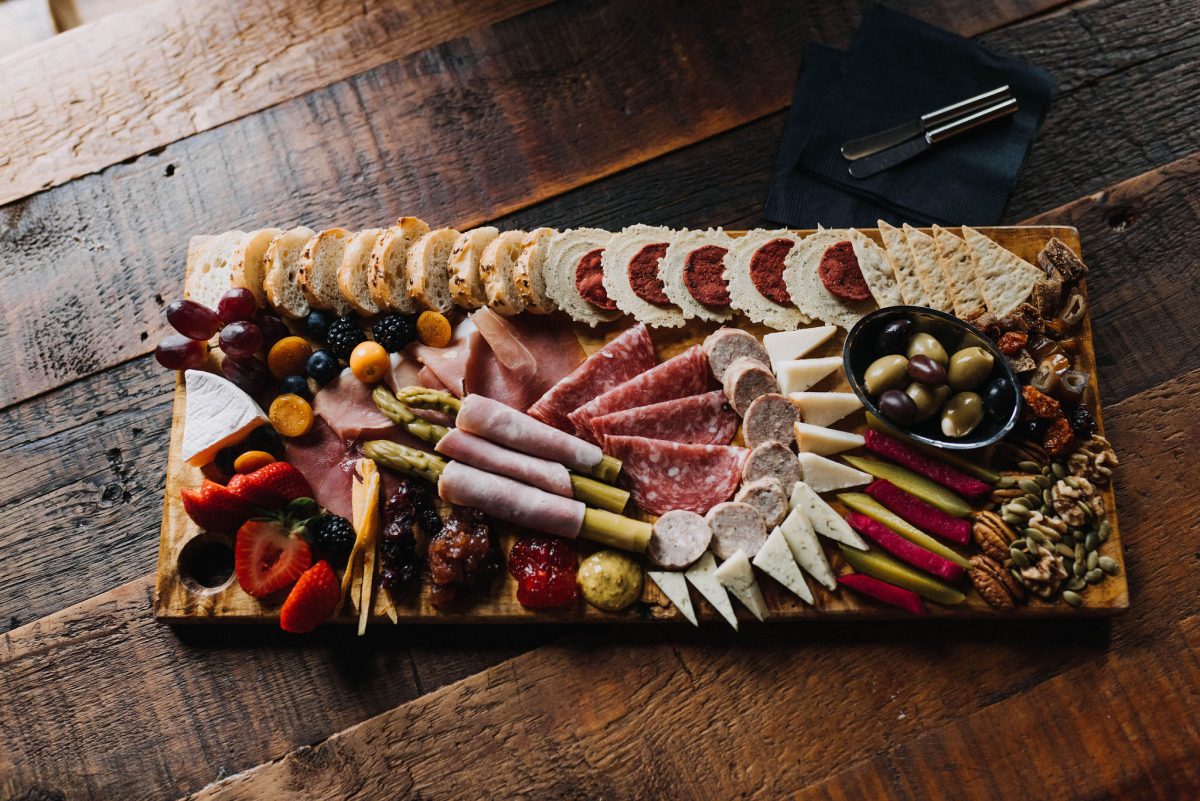 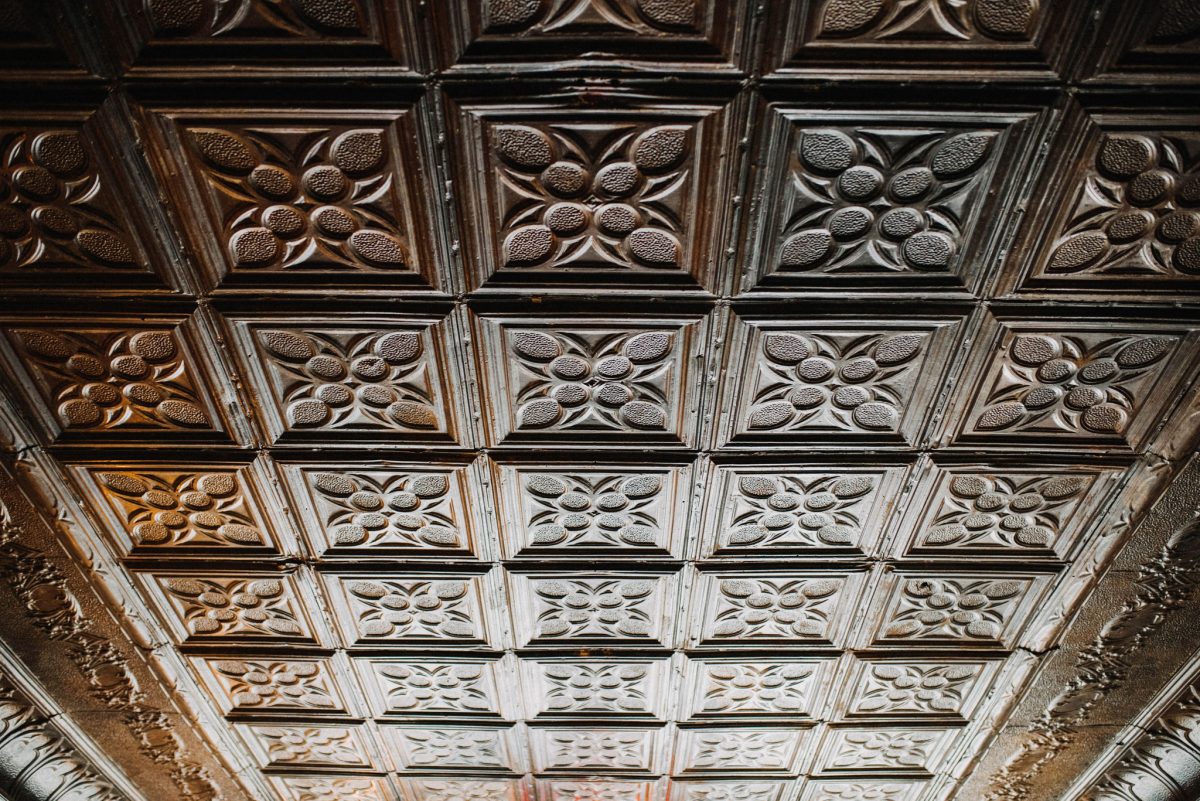 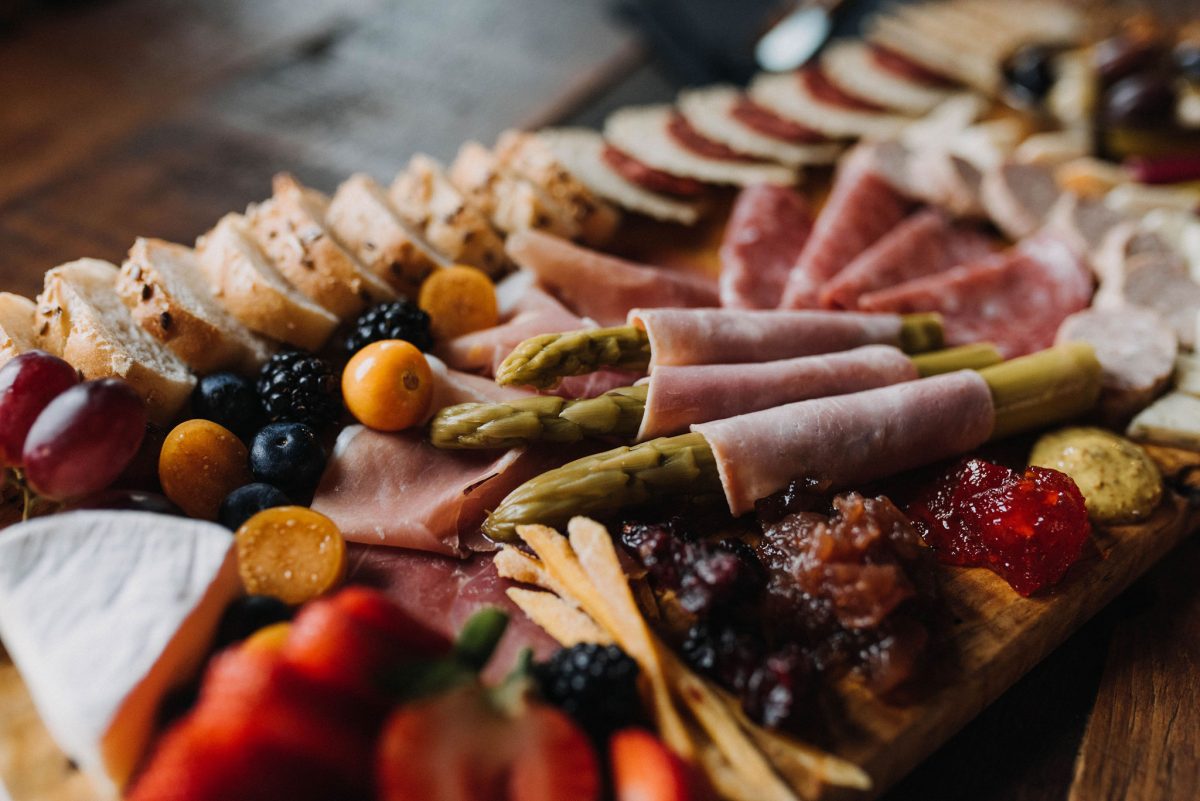 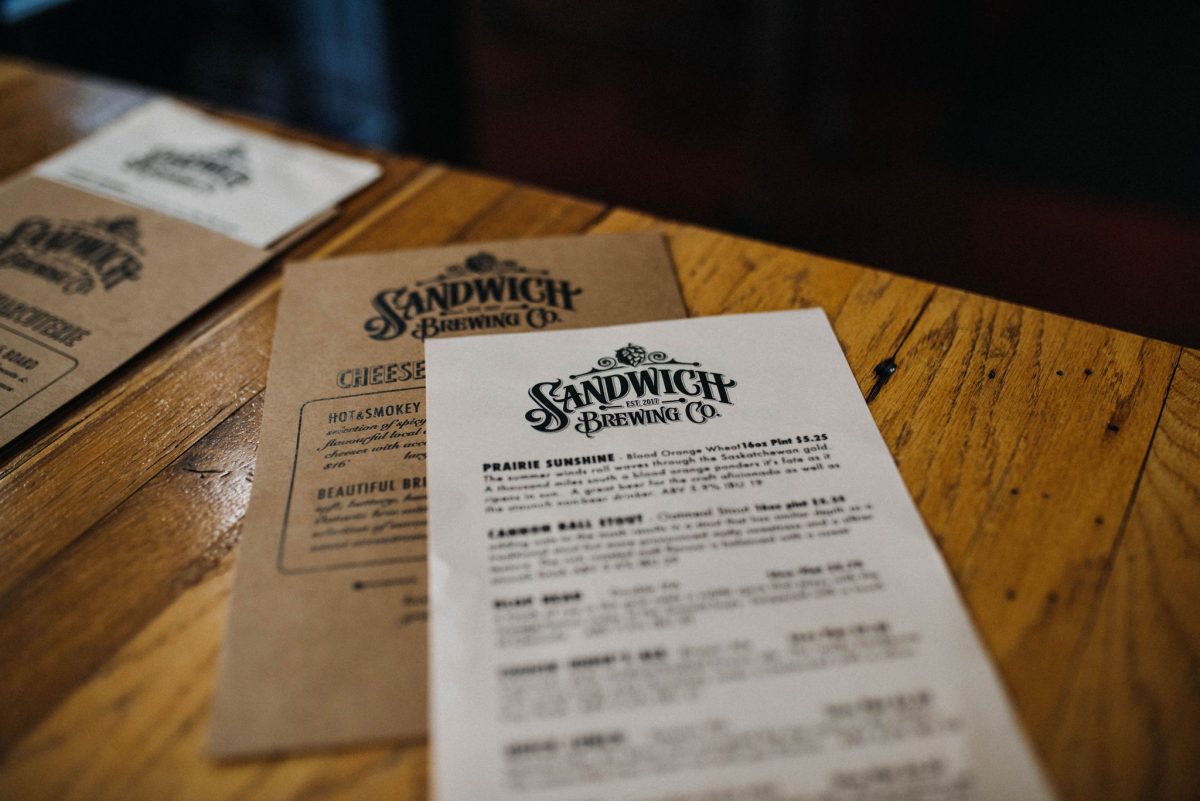 But it’s not just locals like us flocking to the brewery. According to the staff, they get visitors from all over the map, some of which come across the border just to check out the brewery itself. While we love being hidden away amidst the vintage photographs and cozy brick on a cold winter’s day, its a lesser known fact that the brewery has a (dog friendly) biergarten in the rear making it one of our most frequented summer destinations too!

Sandwich Brewery is host to events like ‘Pints & Poses’ yoga nights, they release small batches at different times of the year and collaborate with other local businesses to offer different menu items such a pierogies and savoury pies. Follow them on their socials below to stay in the loop about all their good stuff!