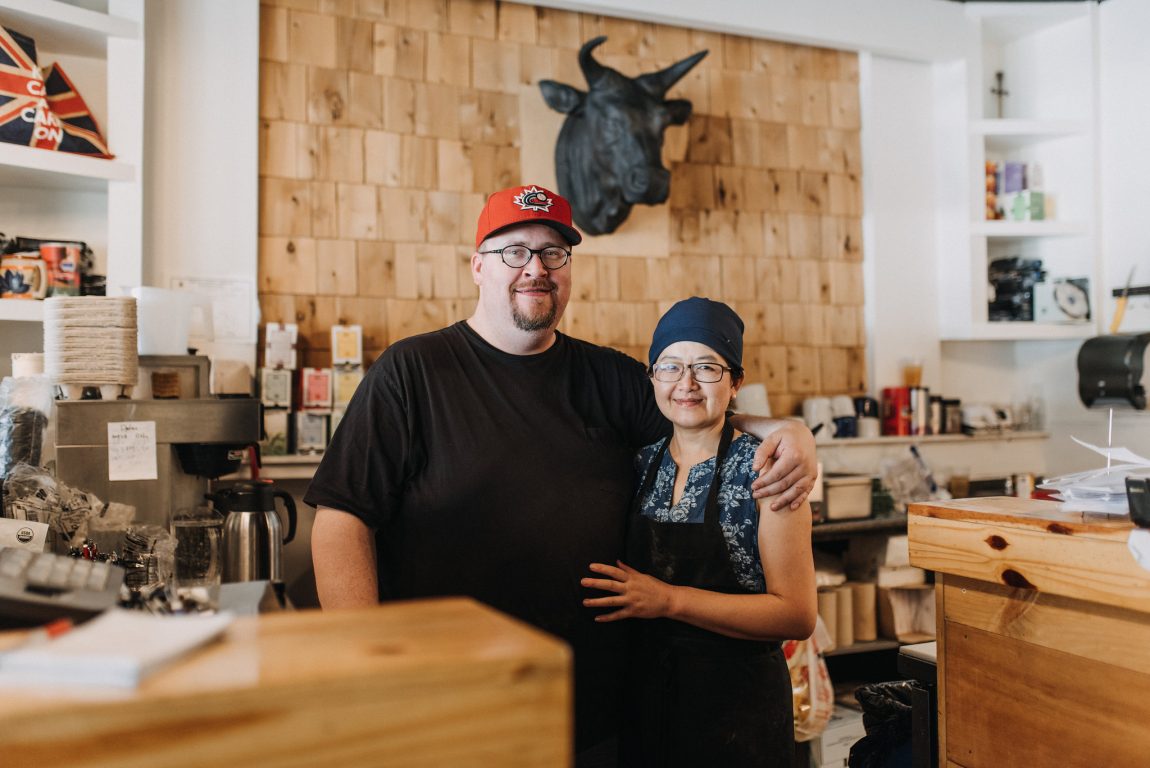 As all small business owners know, it usually takes a few big shakeups before things fall into place. For Michael Cowan and Kun Sun it meant relocating their growing family across the country, to a city they didn’t know much about. Their journey started in Vancouver, after Kun had recently moved from China and Mike from the Okanagan. From working together and then going on to open their own successful west-coast sandwich shop, they knew their success could mean more to their family in an affordable city. In 2014, with open minds and serious sandwich know-how they found themselves transforming a once-abandoned corner into a Windsor mainstay. 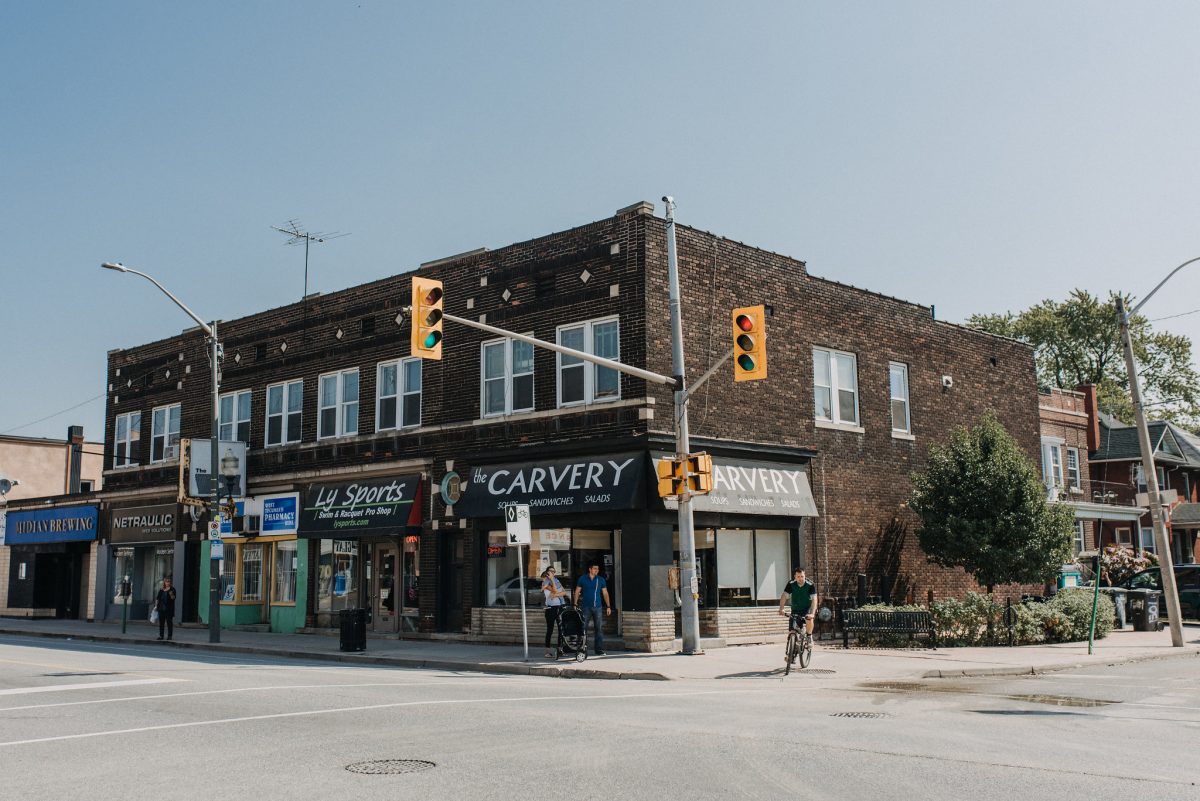 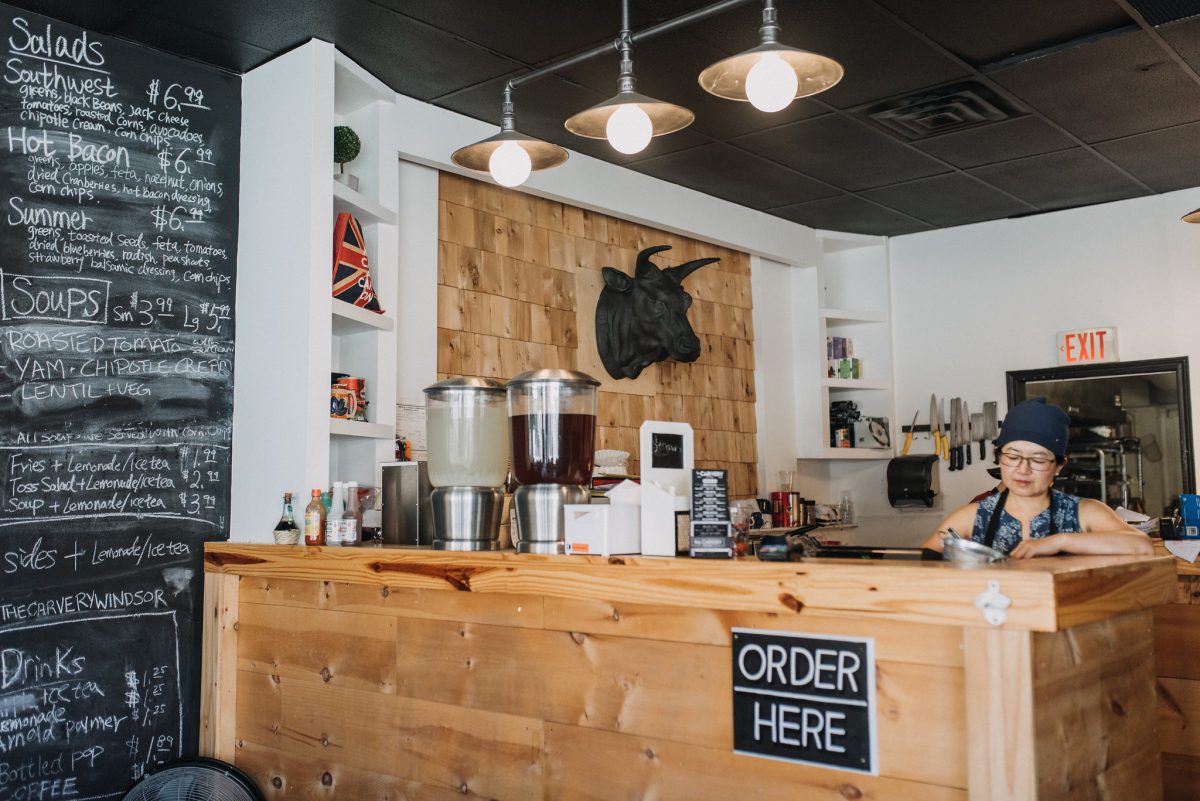 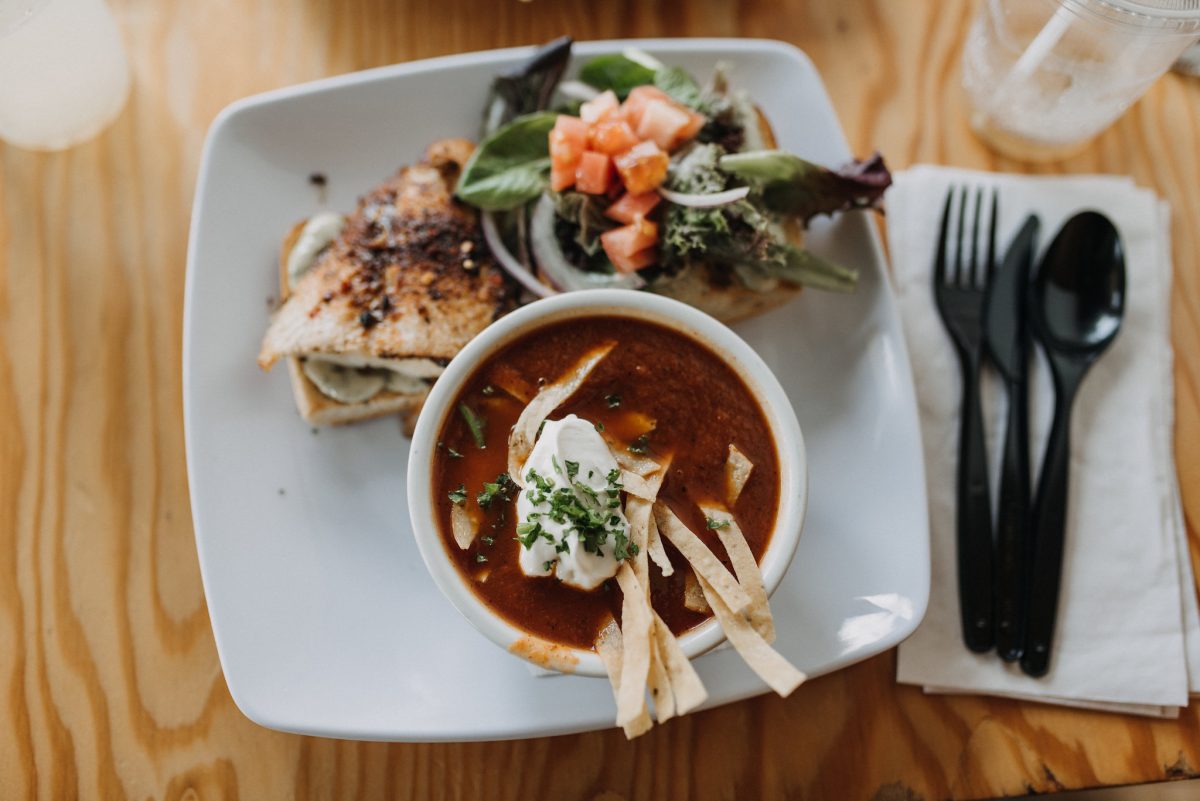 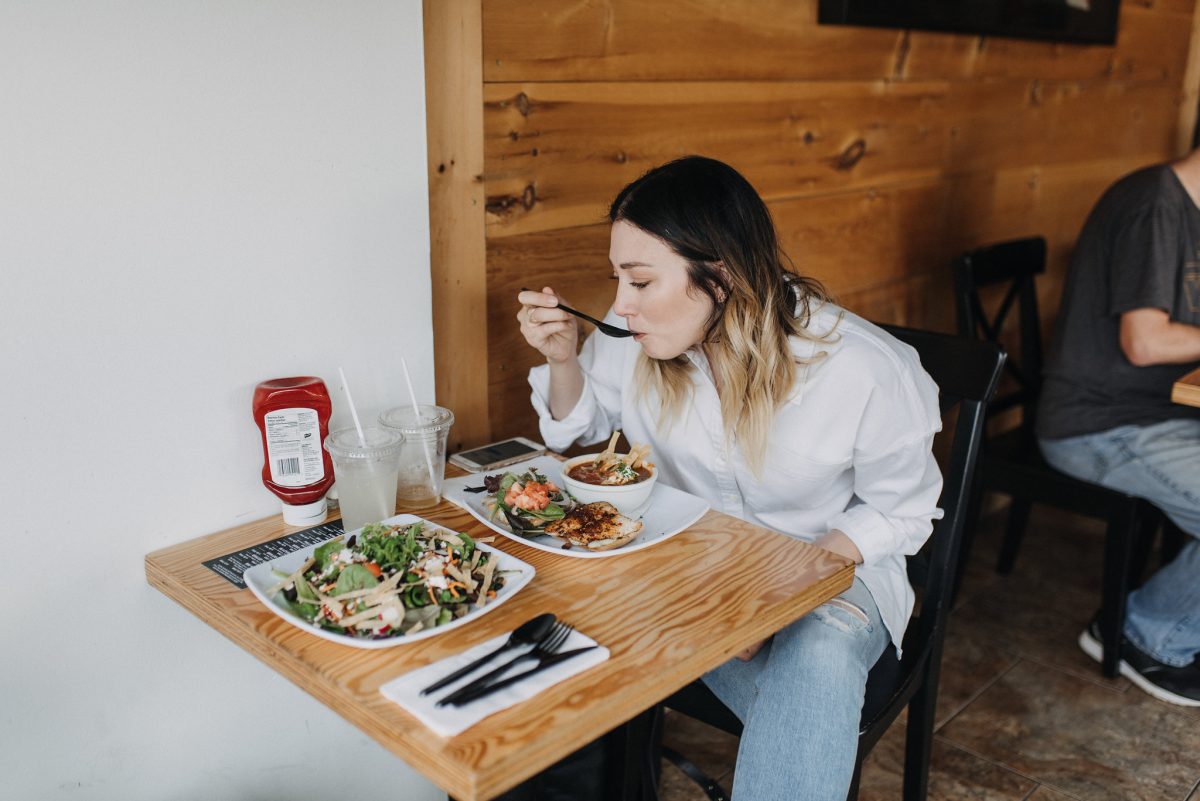 While Vancouver may be a prettier city, according to Mike, “It’s not twenty times prettier. It’s not so pretty that some guy making six figures shouldn’t be able to afford to buy a house”. After living in the city for years the little things they loved about it, the shops in Gastown, Granville Island and China Town, were being squeezed out.  “When Tommy Hilfiger is closing because they can’t afford the rent, how’s a small independent business meant to thrive?”, Mike pointed out. For us Windsor lovers, affordability is one of the great things about our city – it allows businesses like The Carvery to shine. 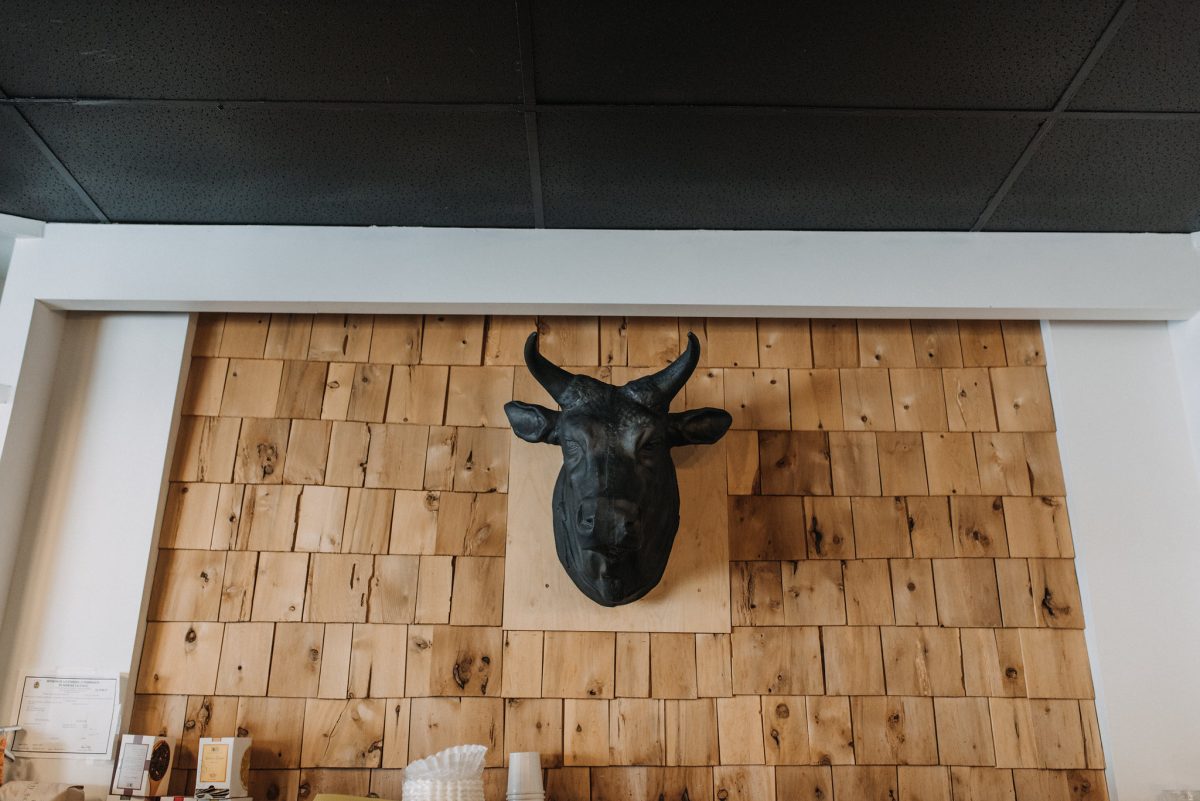 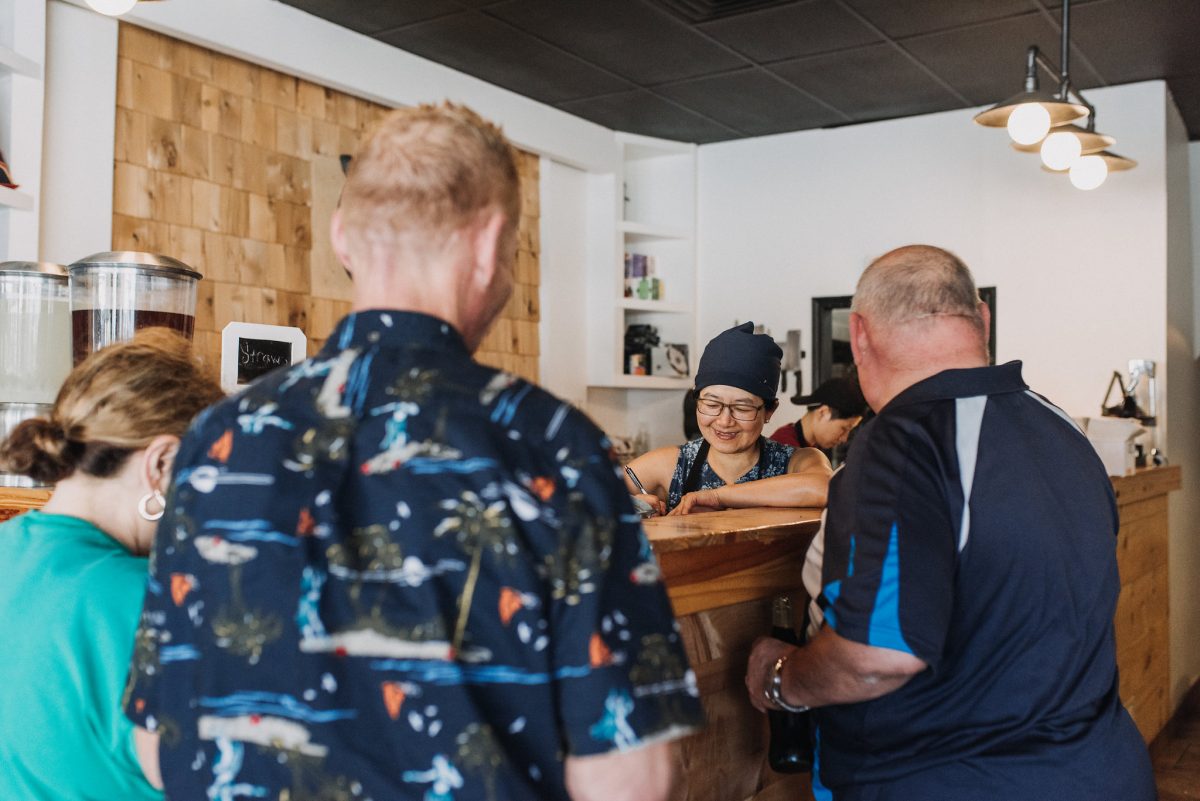 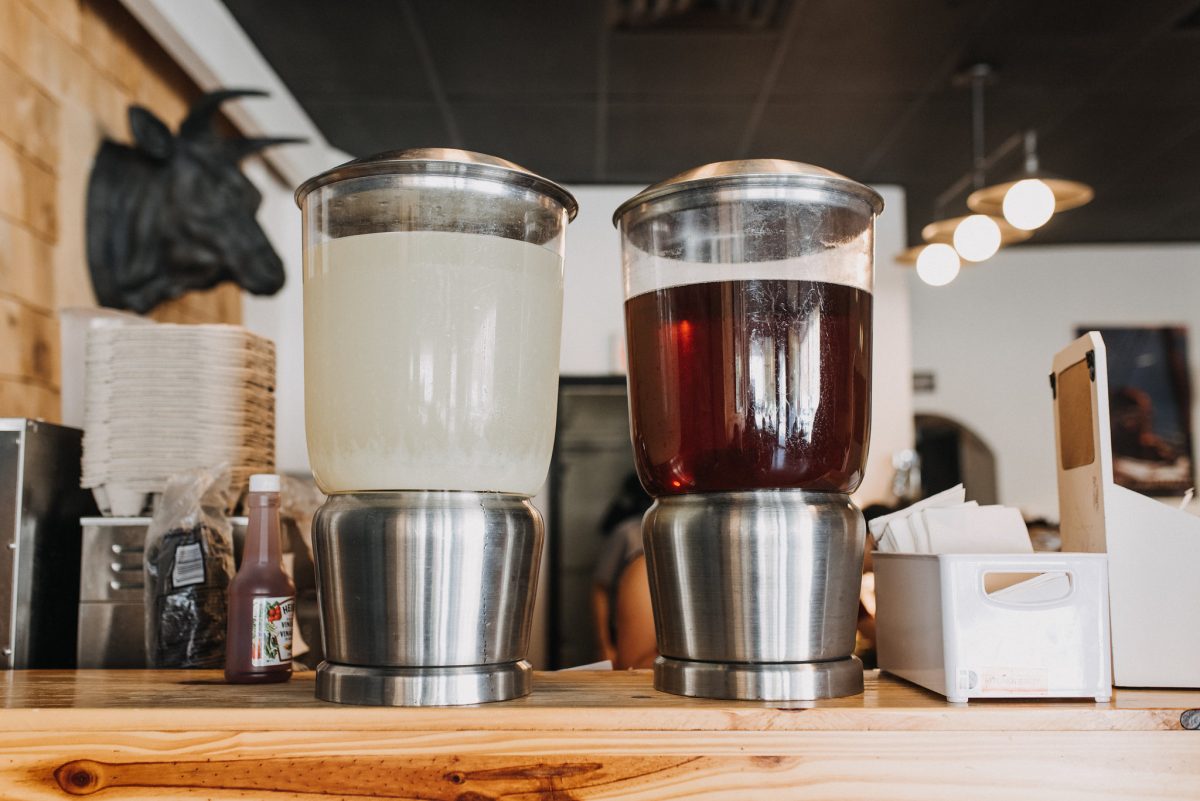 After googling around in 2013 and stumbling on an article where Windsor was listed as one of the top medium-sized cities poised for growth (with pluses like a waterfront and local university) Mike’s family took the plunge – considering they could afford to buy a house and open a business. When they first contemplated the location, an empty sushi restaurant next to a pawn shop on the corner of Wyandotte and Hall, they heard from the usual naysayers. Against local advice, they went for it anyway, keeping it small with no staff,  knowing they only needed to serve 20-30 people a day to survive. Almost 4 years later they’re serving up to 250 people a day, who drive in from all over the city, proof that the number of parking spots doesn’t determine a business’ viability. 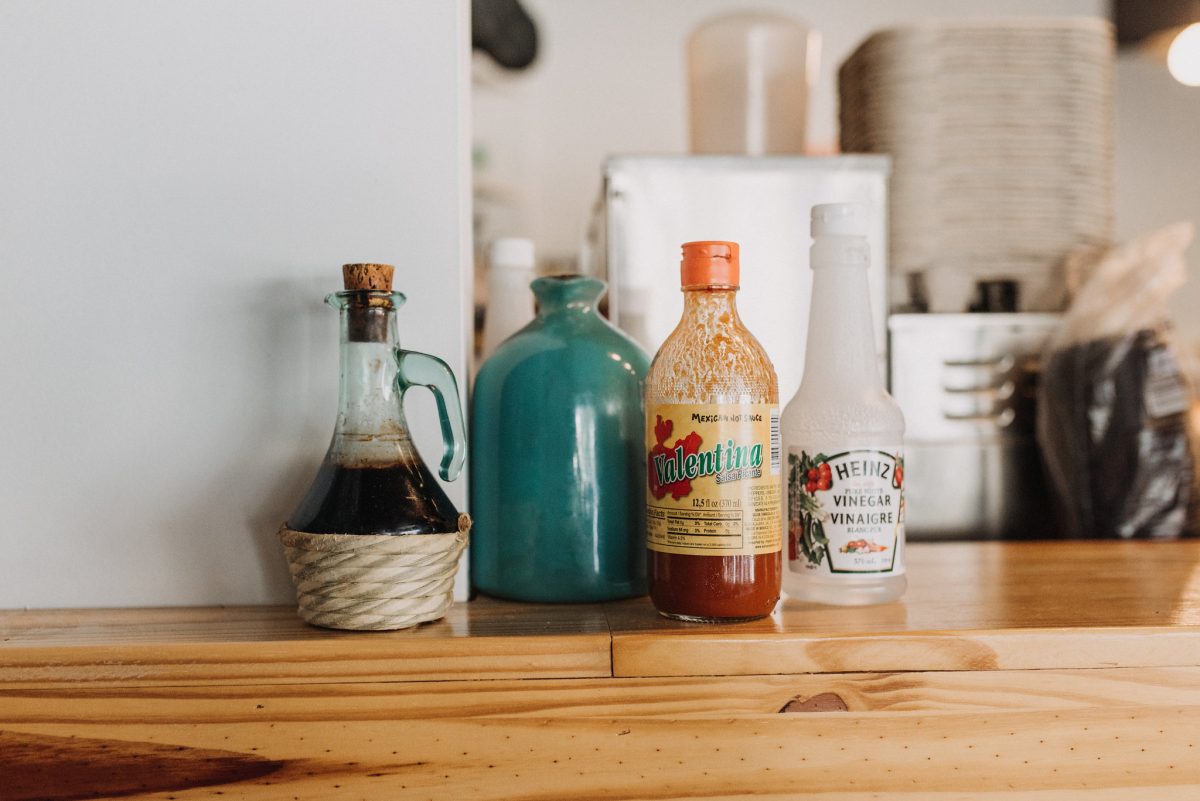 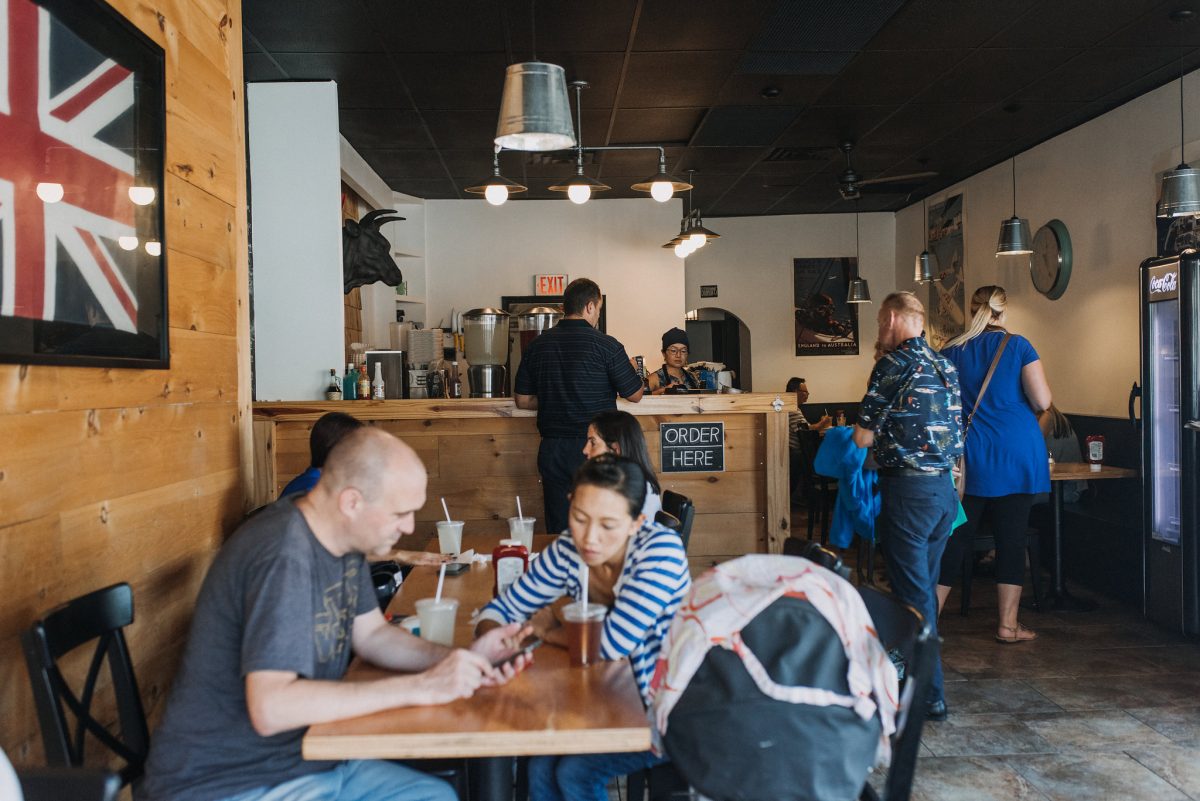 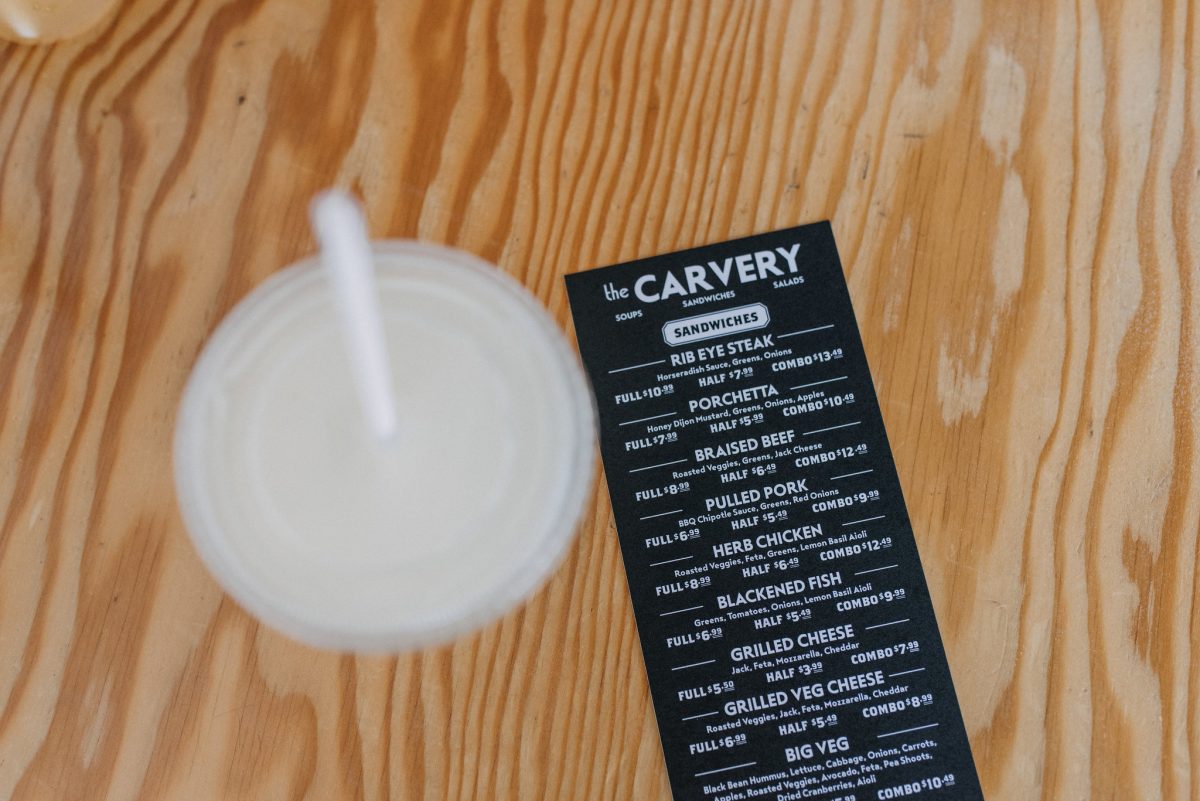 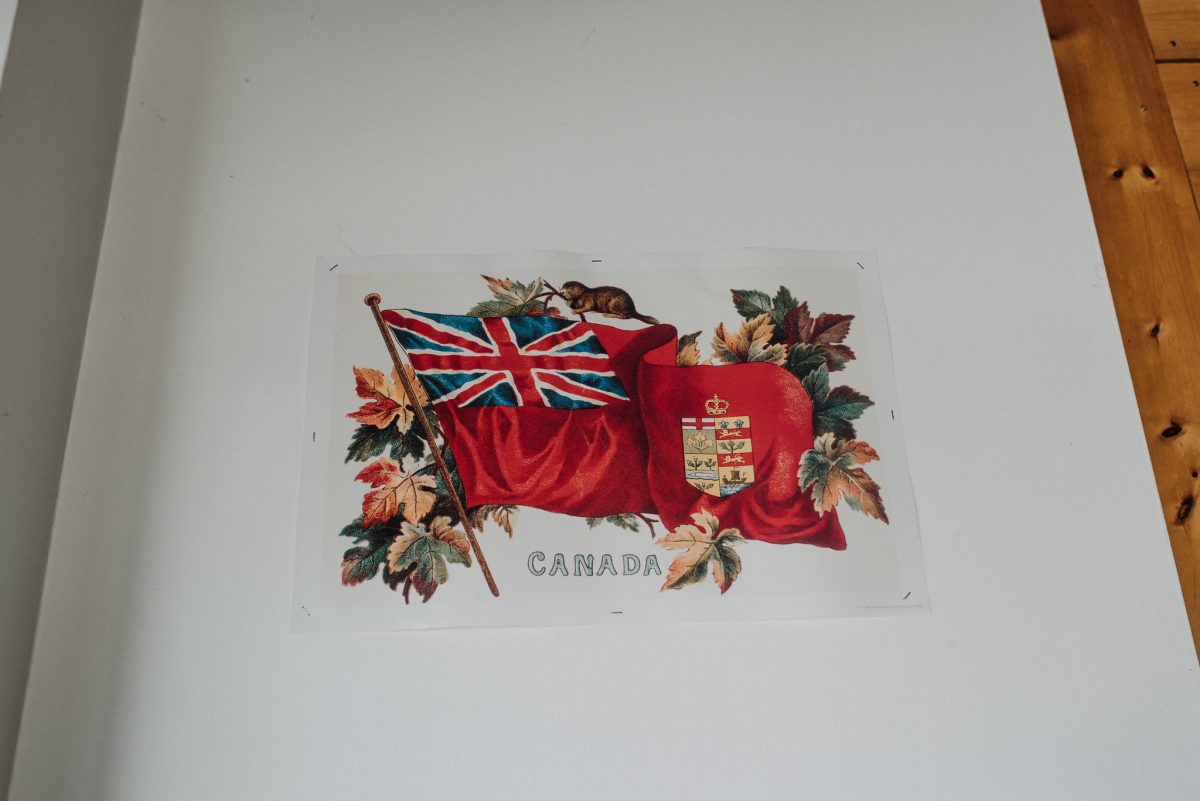 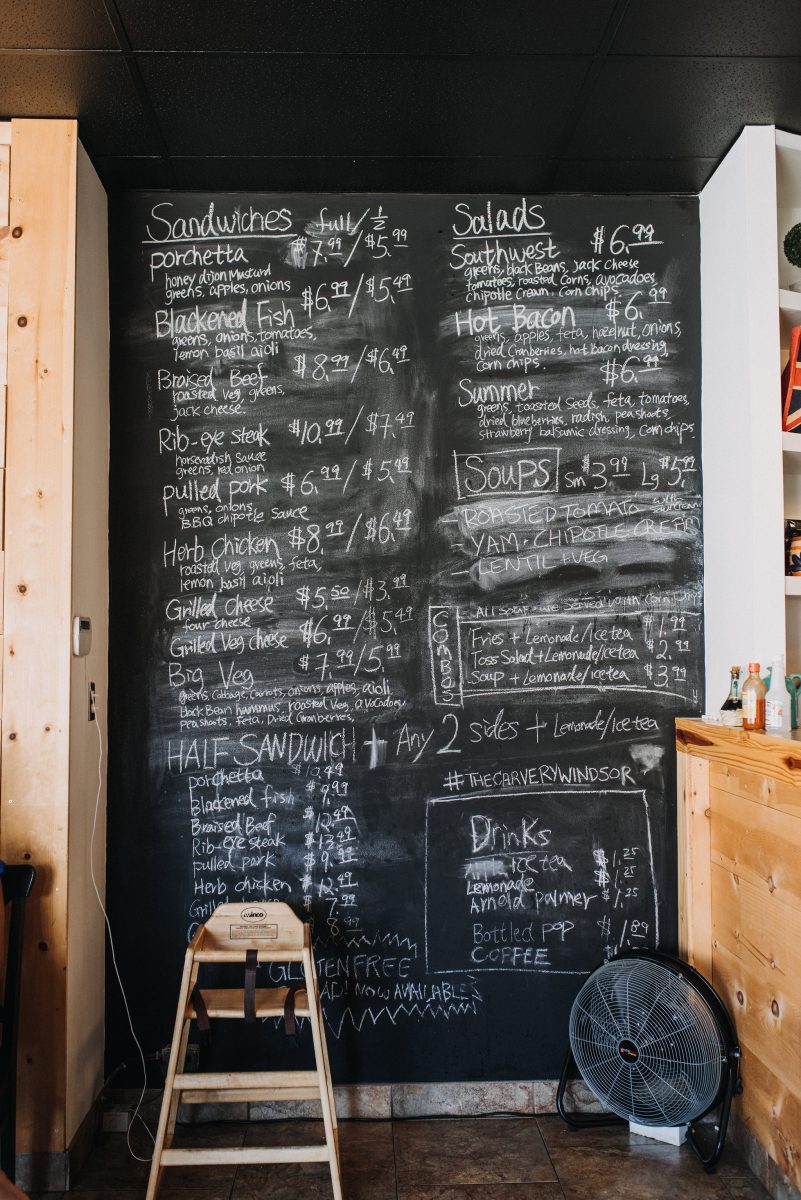 The Carvery first got noticed as a local roasted meat sandwich shop, with options like porchetta and pulled pork. But according to Mike, they cater to everyone’s tastes with veggie sammies, different bun choices and rotating soups that are always gluten-free. I come in for a big salad and either the blackened fish or, their best-seller, the herb chicken. Follow The Carvery on the links below for updates on menu additions in the new year.