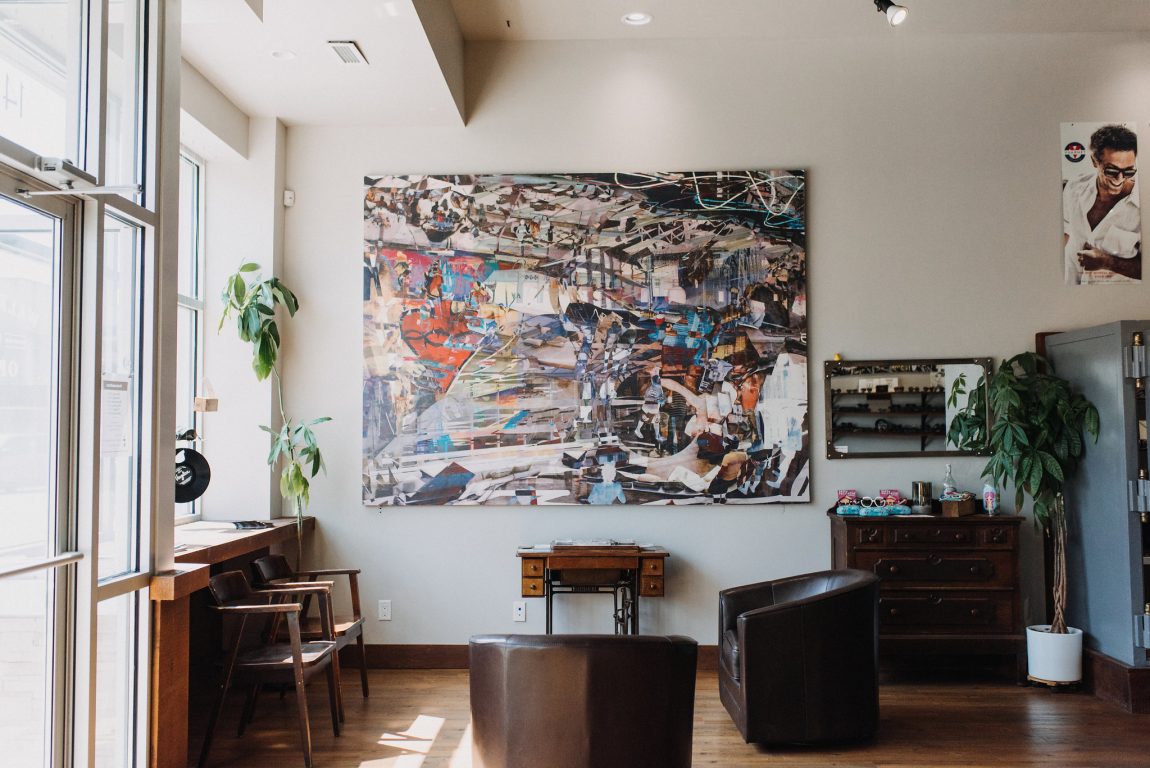 Whether you wear them for fashion, function, or a bit of both, there are a million and one ways to buy frames nowadays. Being a part of the “four-eyes” camp myself, it was insightful speaking to Mark Trudell, experienced optician and owner of The Walkerville Optical,  about his passion for unique, independent companies that focus on unwavering quality. Luckily for Windsorites who are looking for an alternative to the mainstream, in 2015, Mark decided to take the road less traveled and open a service-focused optical that doesn’t cut corners for profit. 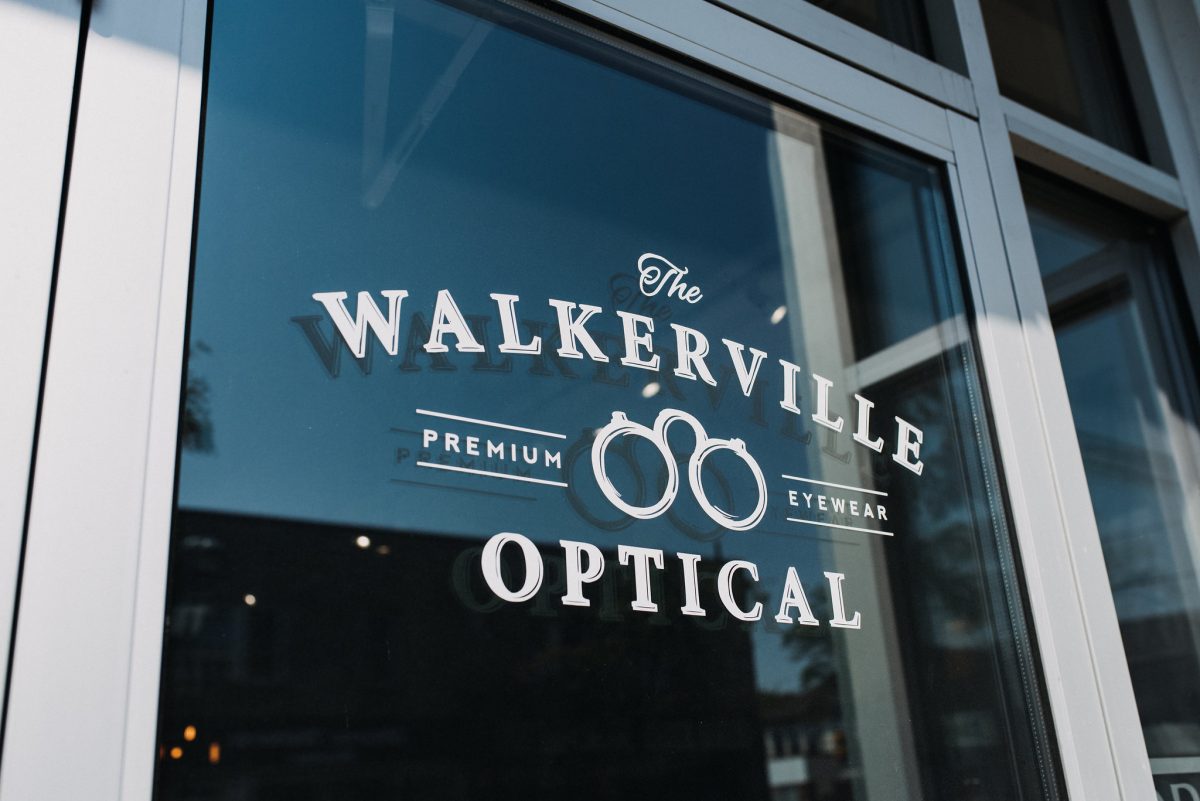 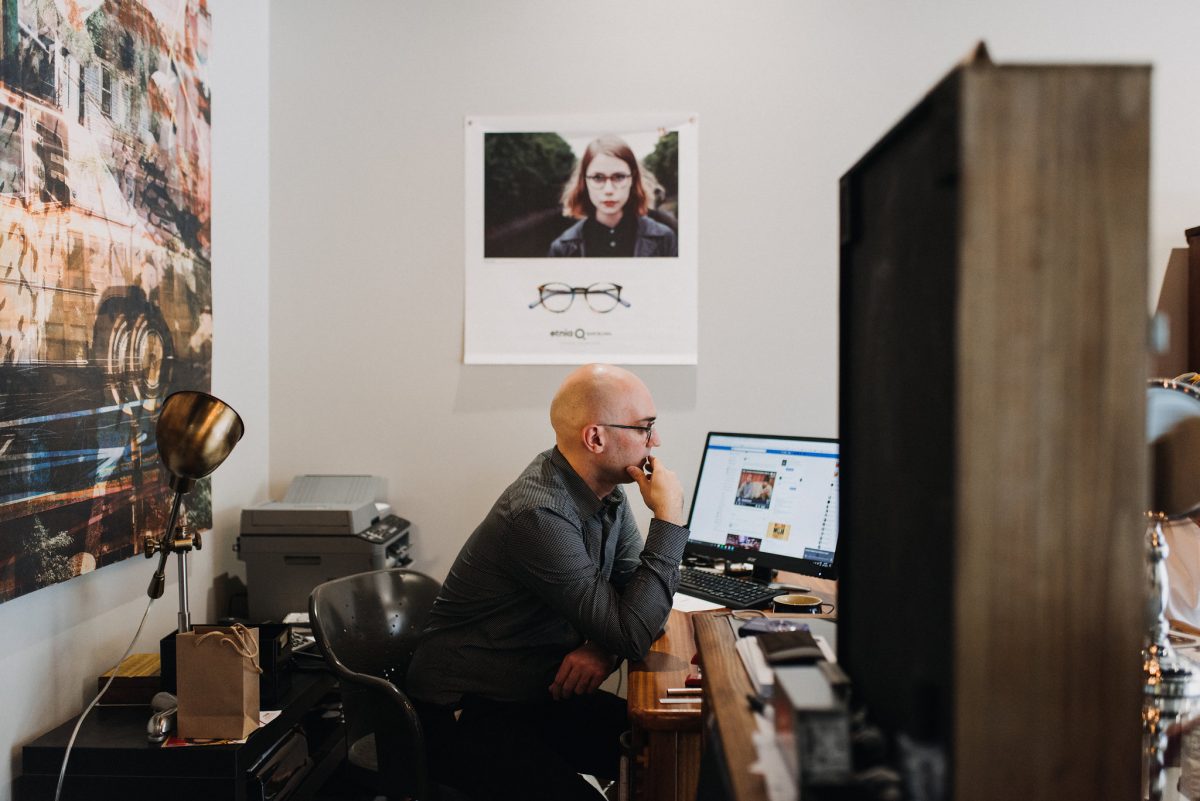 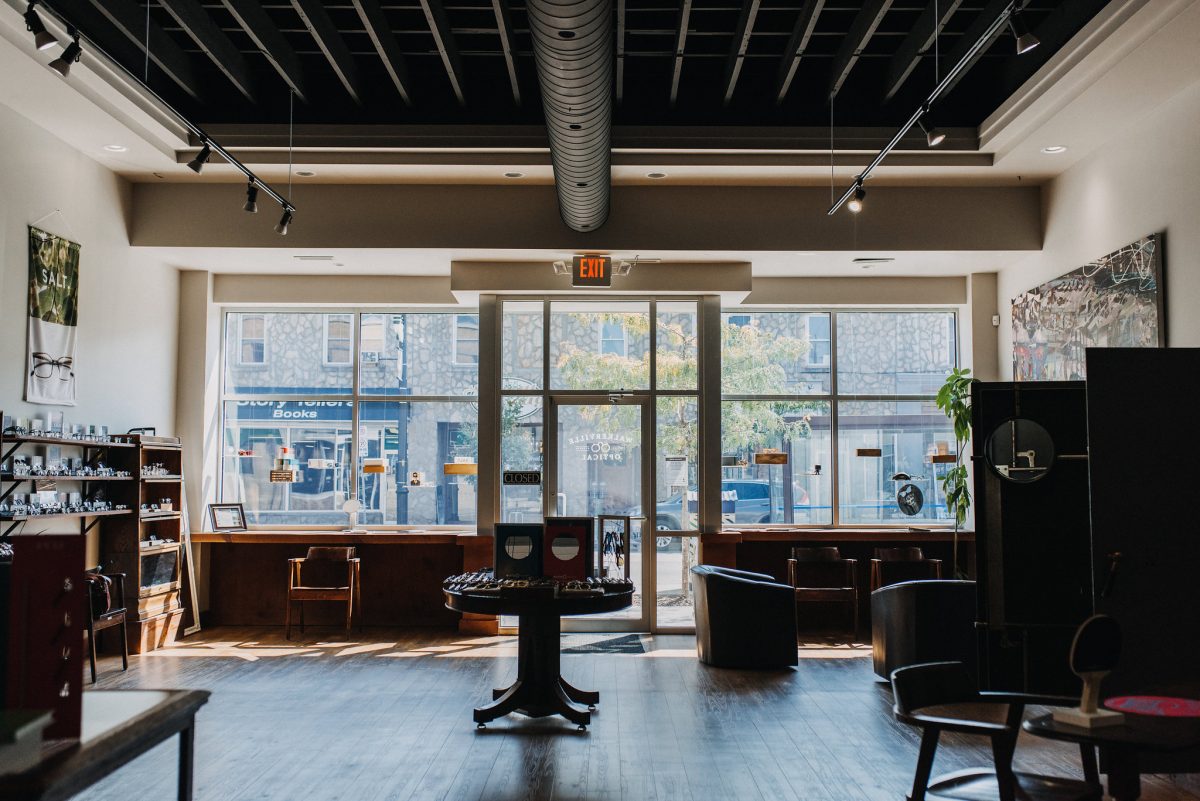 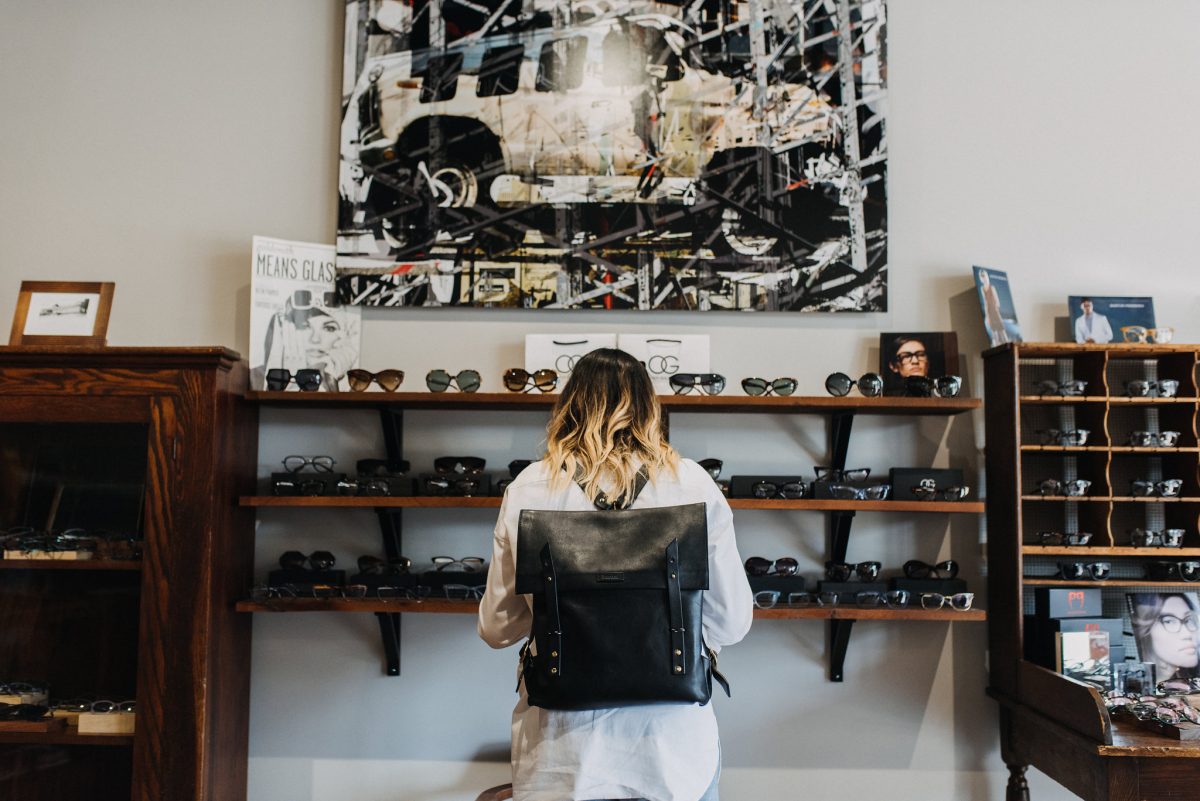 It’s now commonplace for people buy frames at their optometrist’s office or online vs. seeking out licensed opticians who have mastered the profession of dispensing eyewear. In the 70s, it was actually against regulations to have optometrists working together with opticians and the split aided in the rise of independent stores. Since that regulation was reversed in the early 80s, it’s made it increasingly difficult for the small guys to survive because patients are so used to conveniently grabbing mainstream specs from retail salesmen with no training or qualifications. 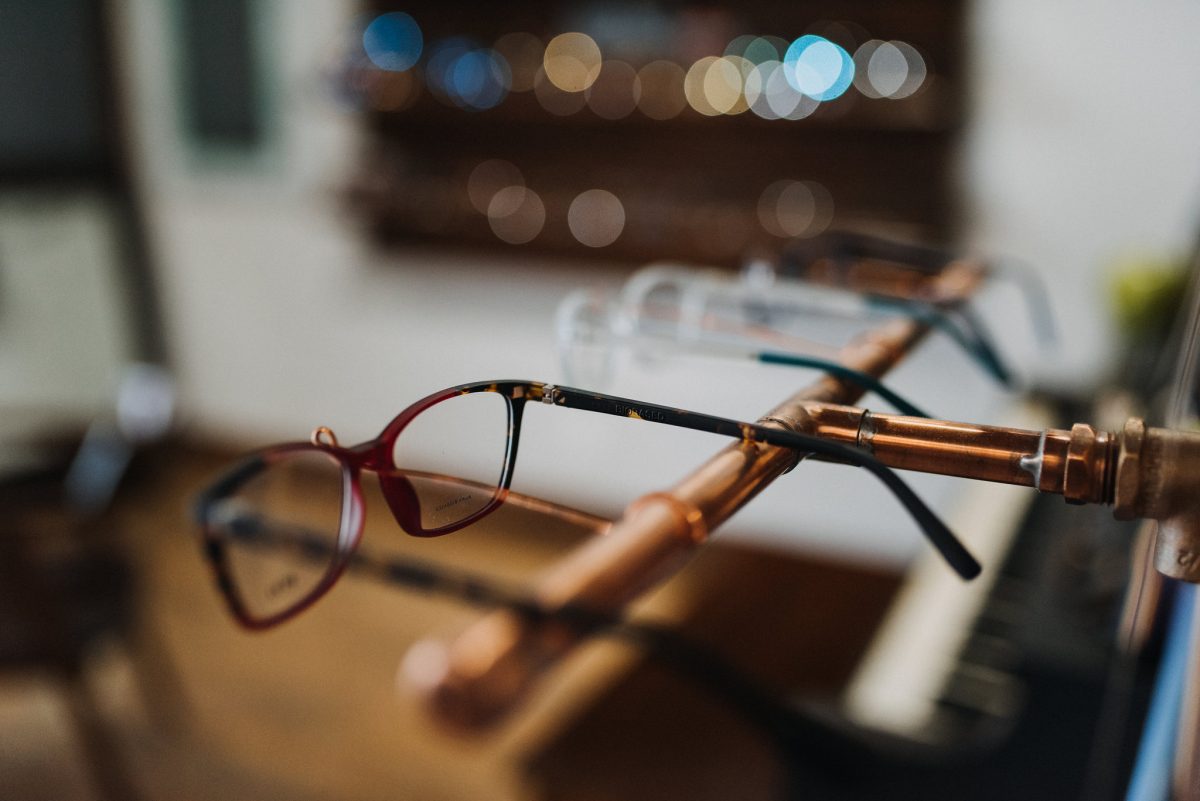 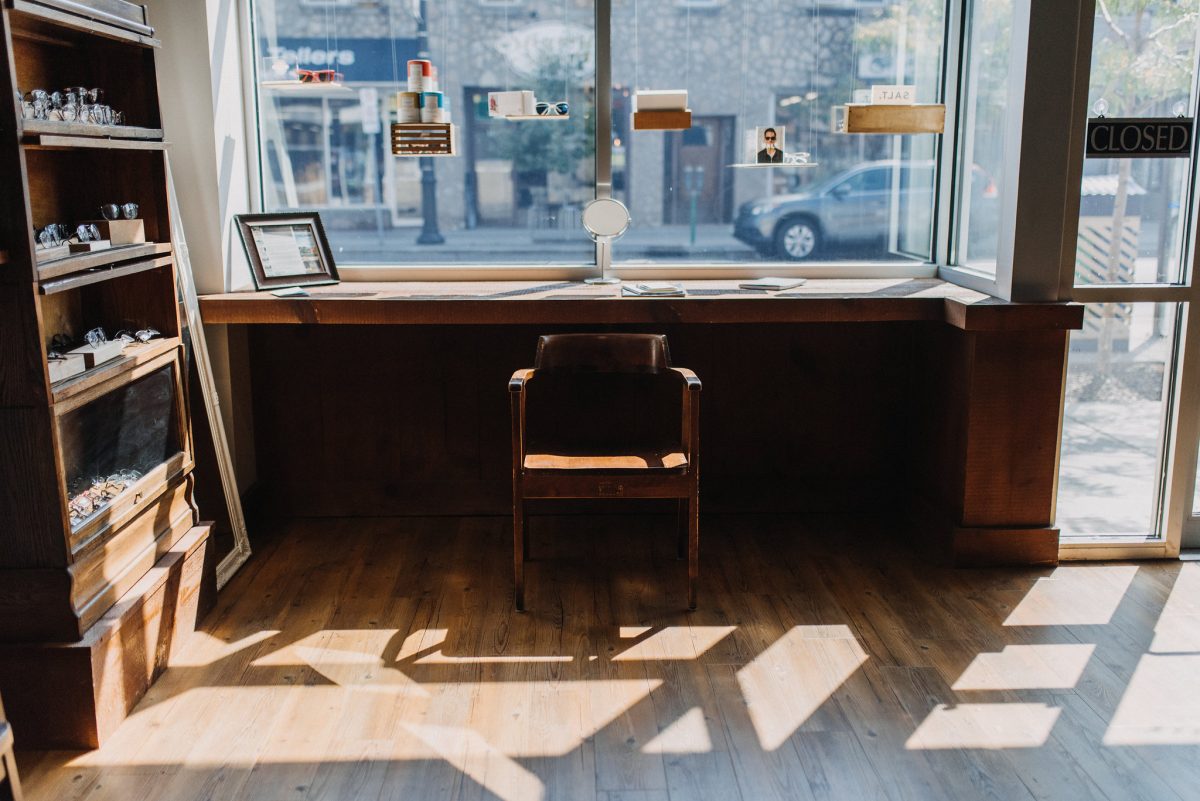 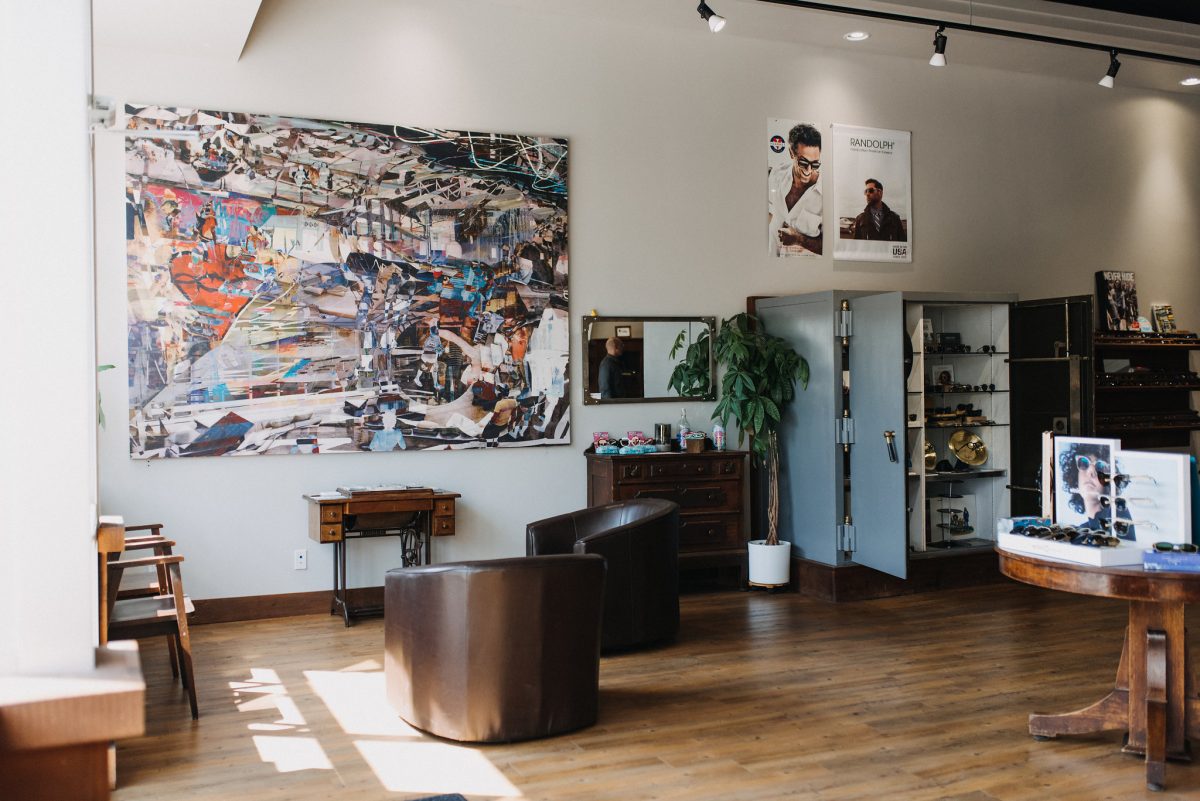 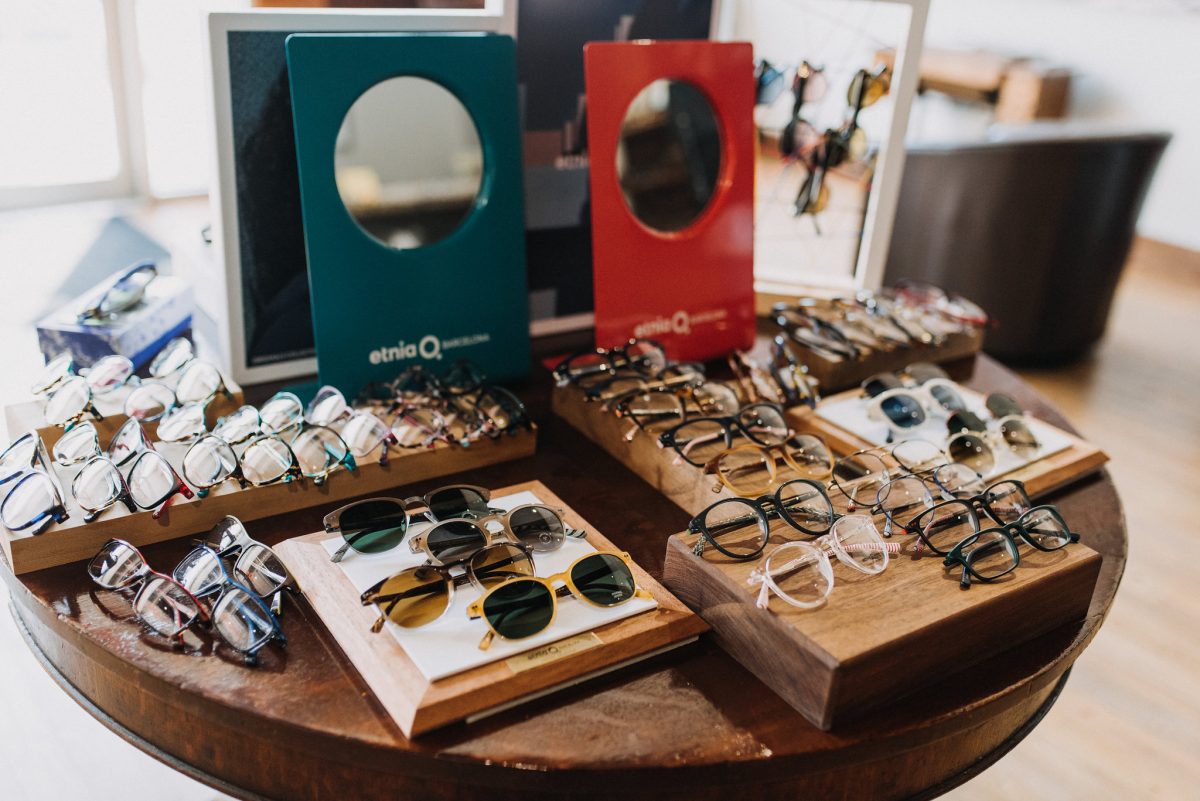 Mark was born in Windsor but, like many of us, moved out of town for school before heading back to explore opportunities. After he was quite confident that a fruitful career as an indie-band front man was out of the cards, he began perfecting his craft, working with well-known, local optician and family friend Mike Soulliere. After 15 years experience and with encouragement from his entrepreneurial father, he eventually decided to take the leap (staying true to his indie rock ideals) and opened his own optical, rather than going to work at a chain store owned by a multinational corporation. 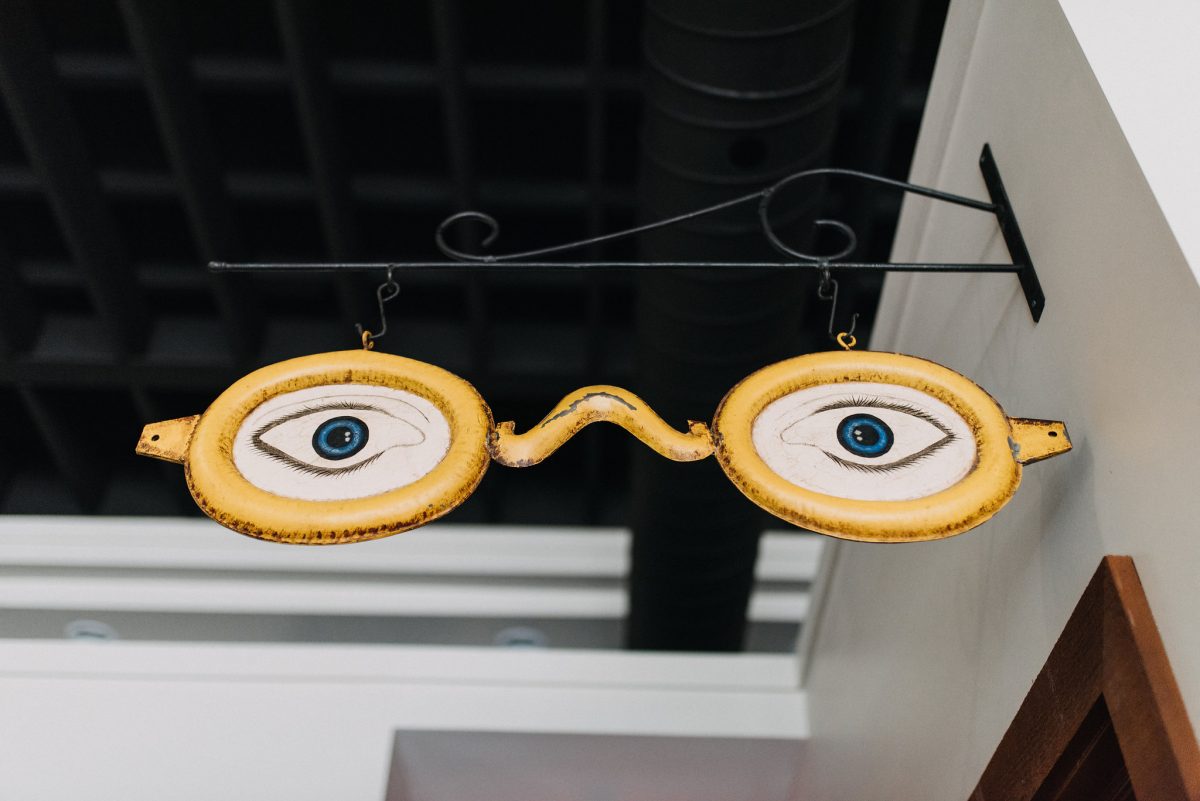 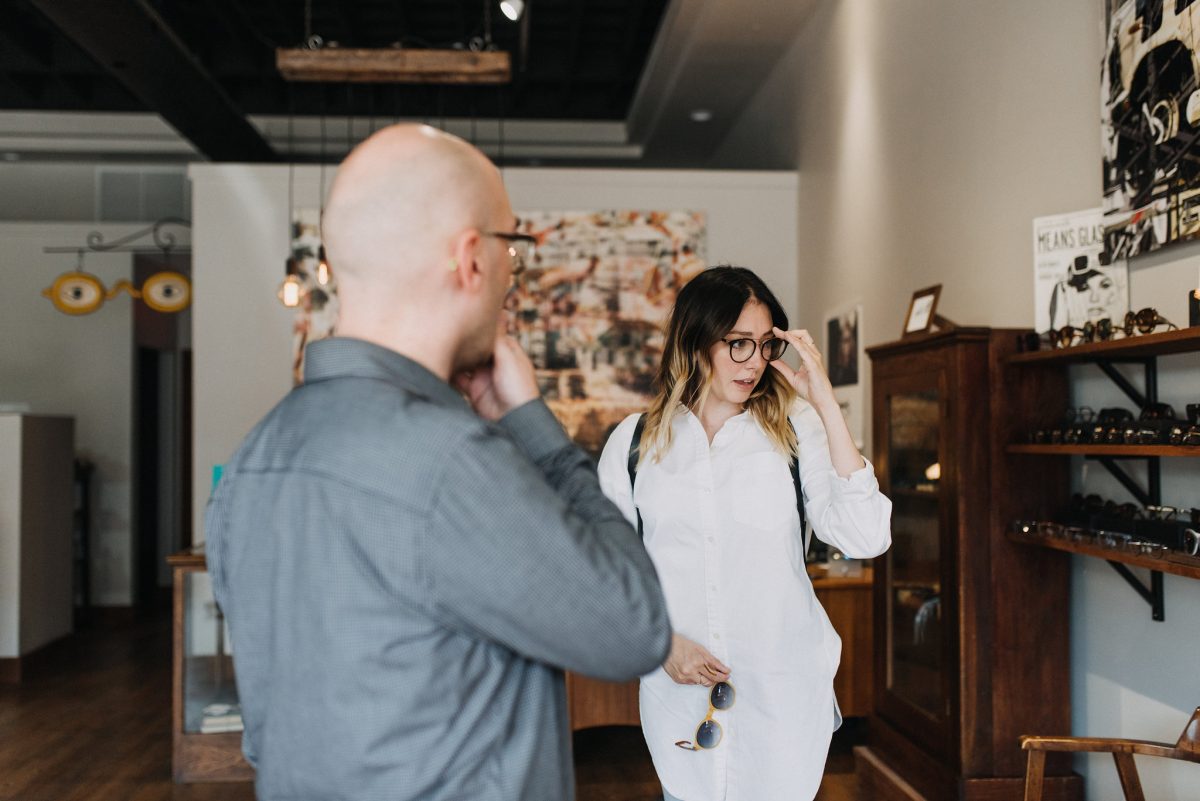 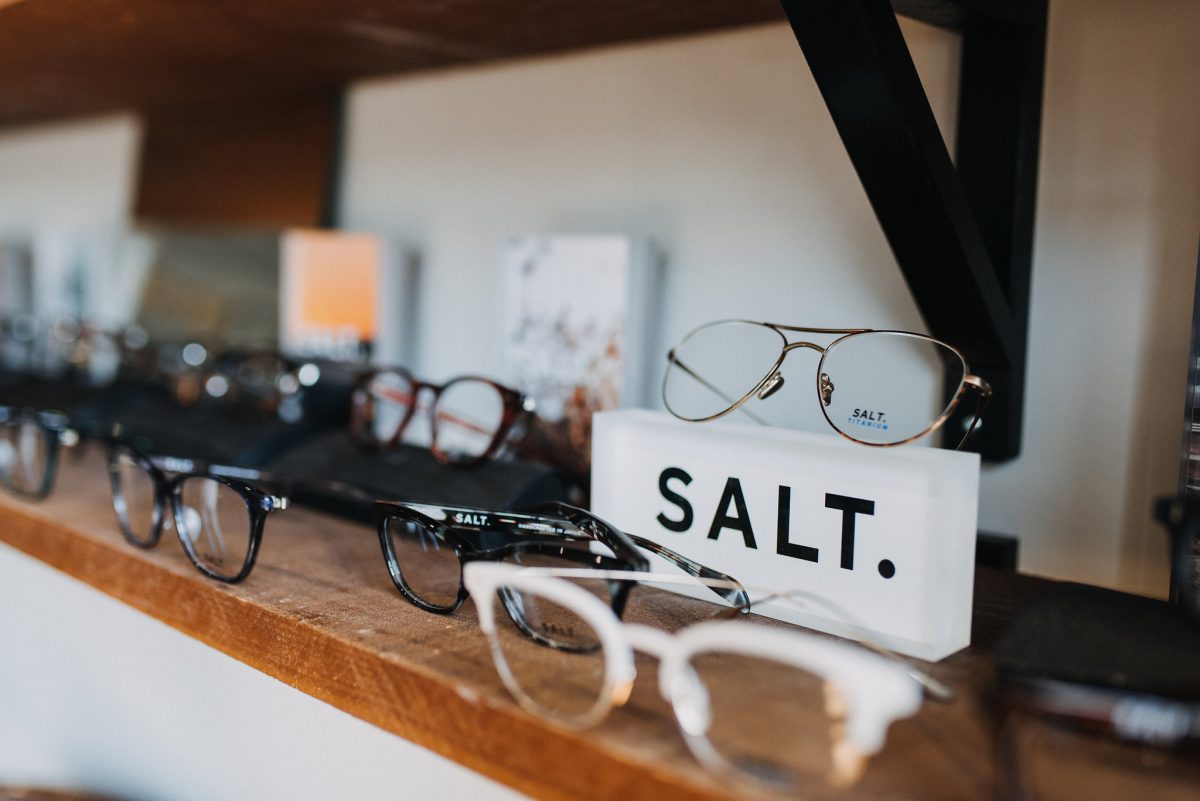 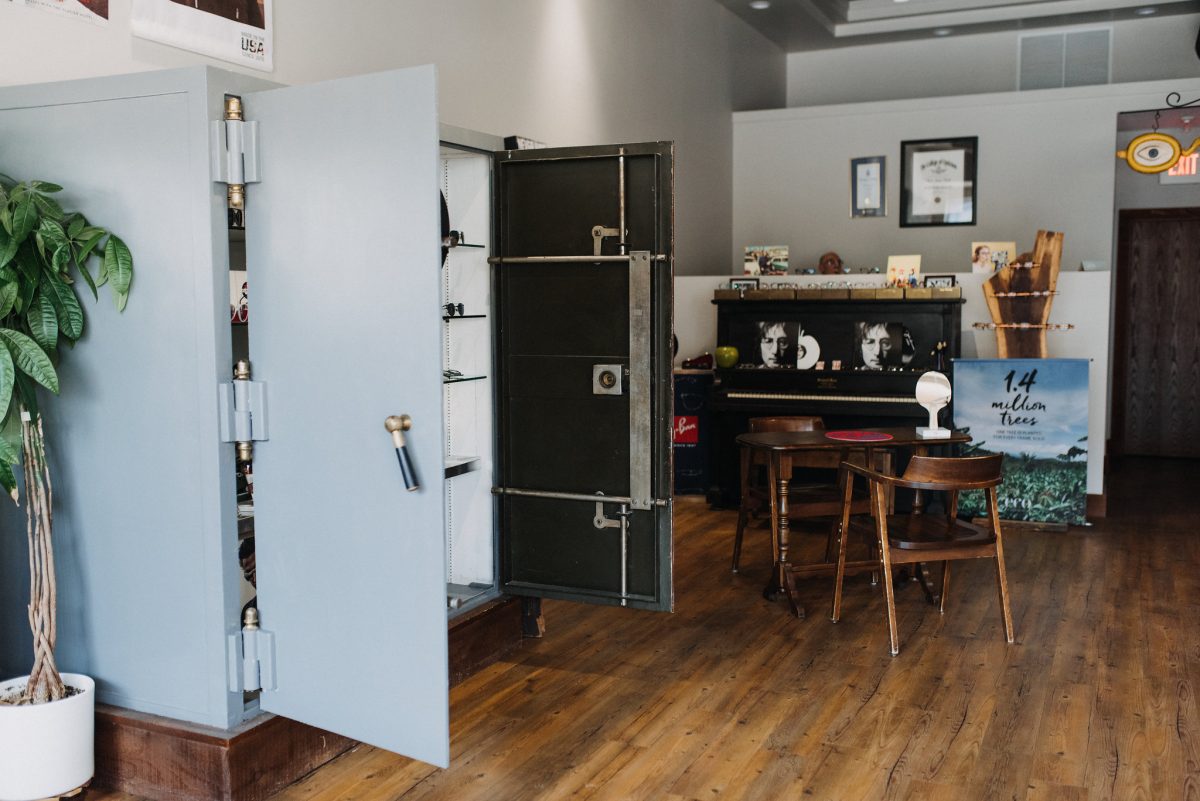 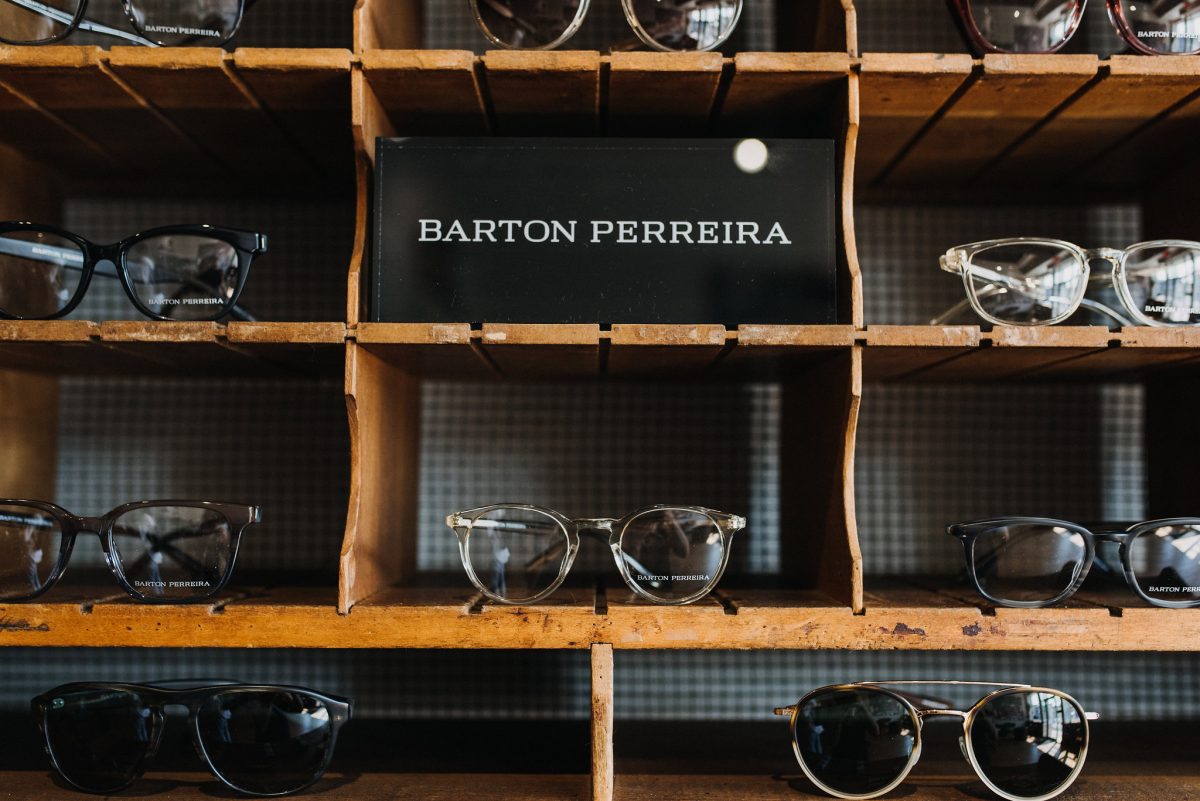 Interestingly enough many of the high quality, independently-owned brands carried here  began when successful companies were bought out by the big conglomerates. Well-known designers like Bill Barton and Patty Perreira, kept their contacts with the third generation manufacturers  and came together to create their luxury brand Barton Perreira.  Salt Optics (the company who makes the frames I wear)  are based in California and hand-made in Japan. Each frame is named after a character in a movie: my glasses “Kiani” are named after the 1987 surfer film, The North Shore. The optical also carries frames by Oliver Goldsmith, a British company that began in 1926 and went on to make frames for celebrities and movie characters in the 50s and 60s. Their reissues are frames that are vintage inspired, such as the “Manhattan”, a replica of the infamous glasses from Breakfast at Tiffany’s. 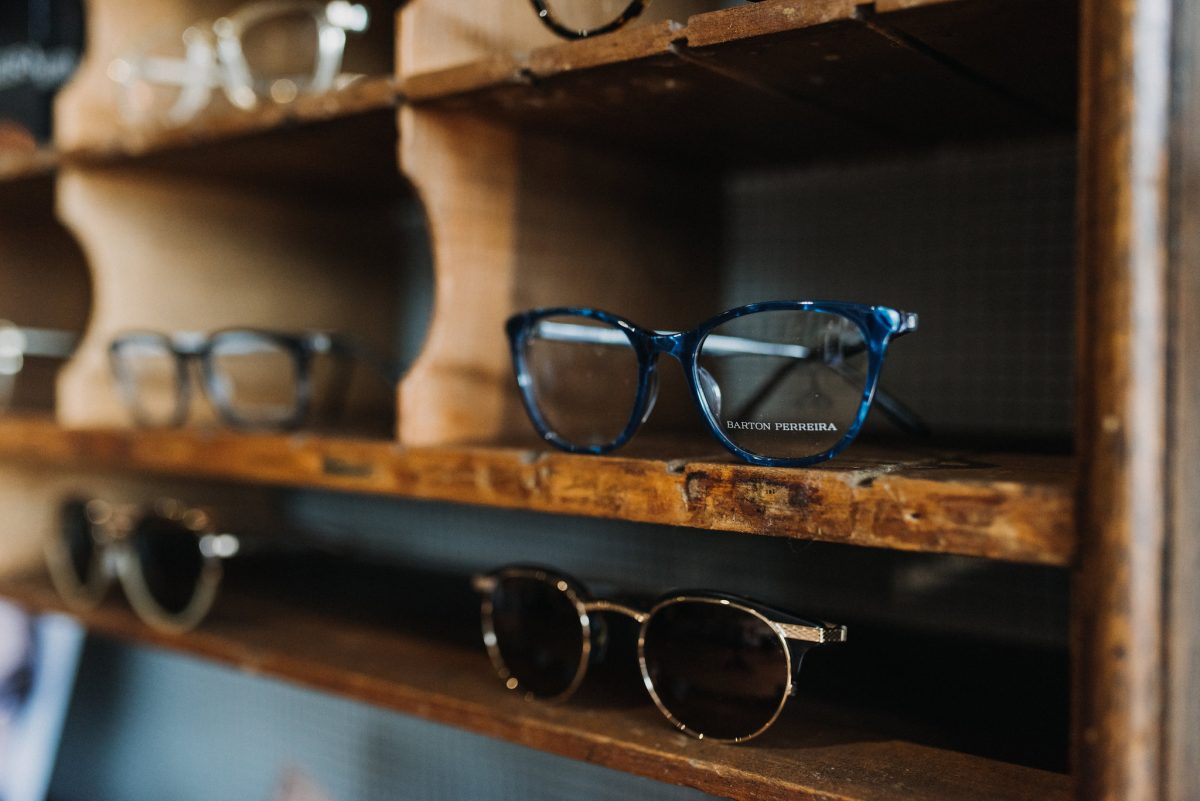 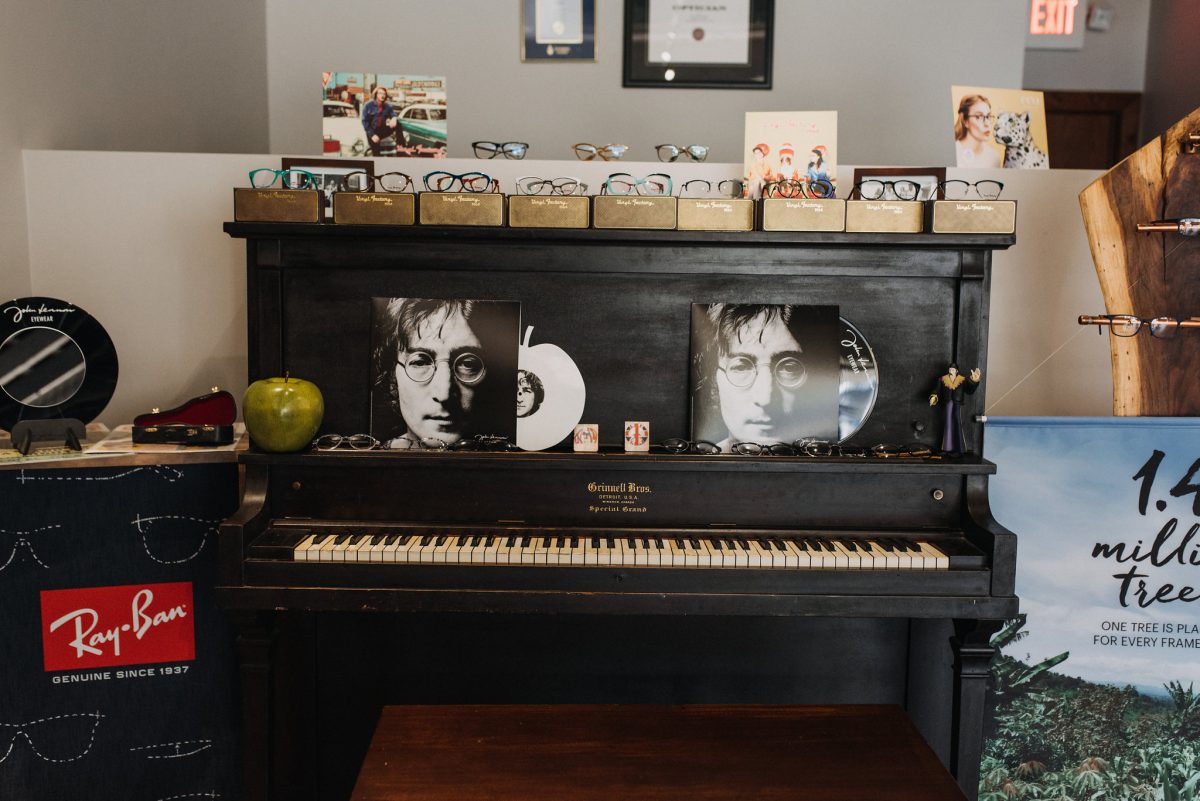 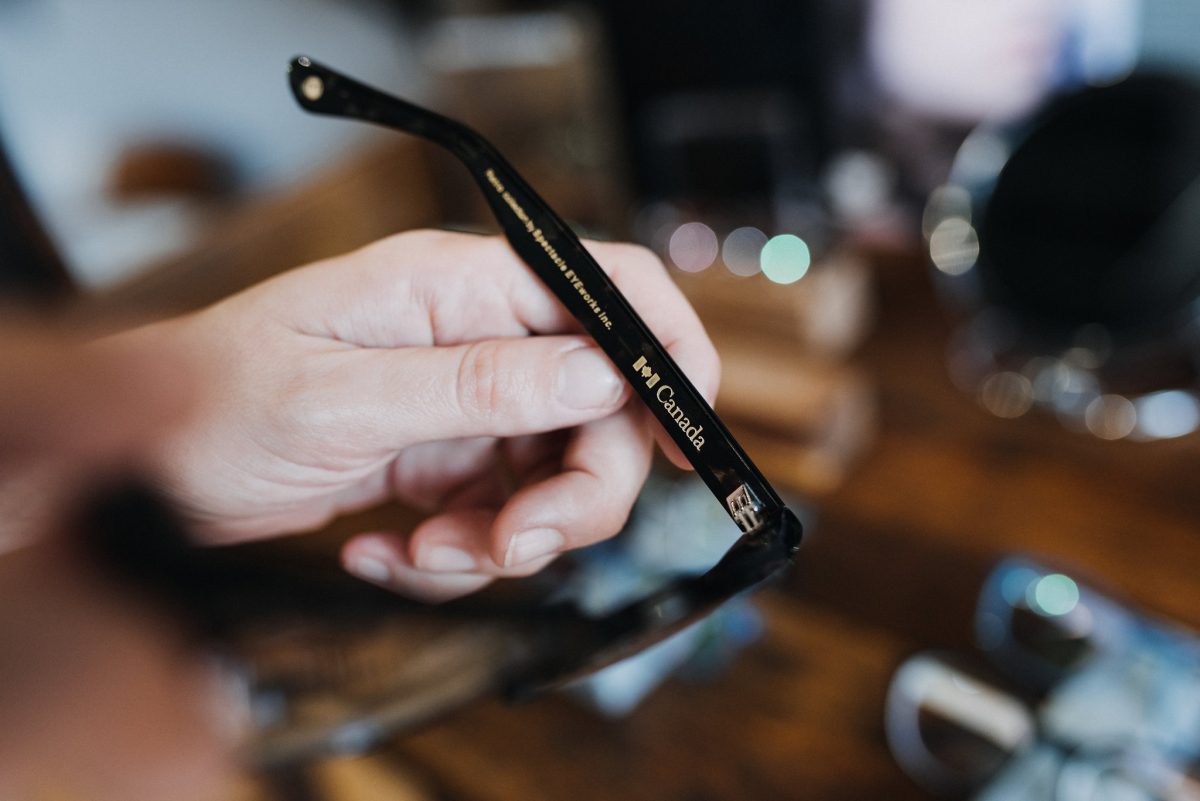 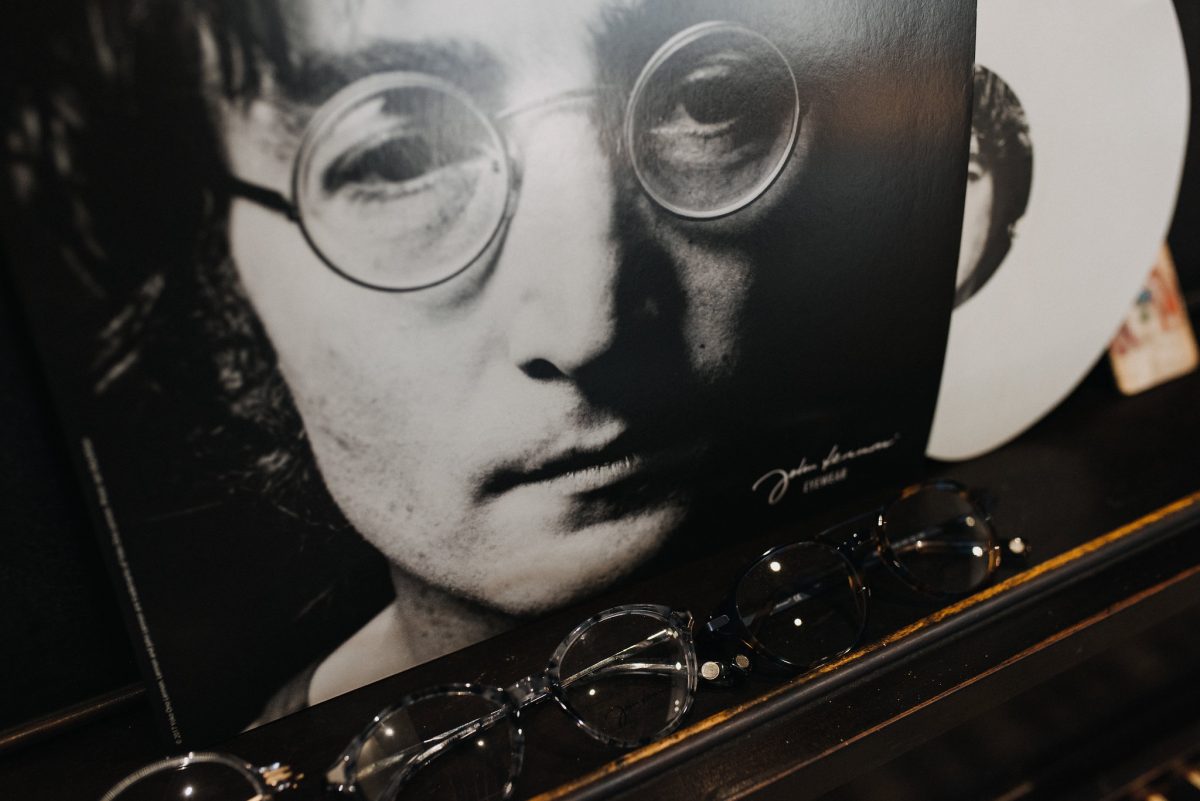 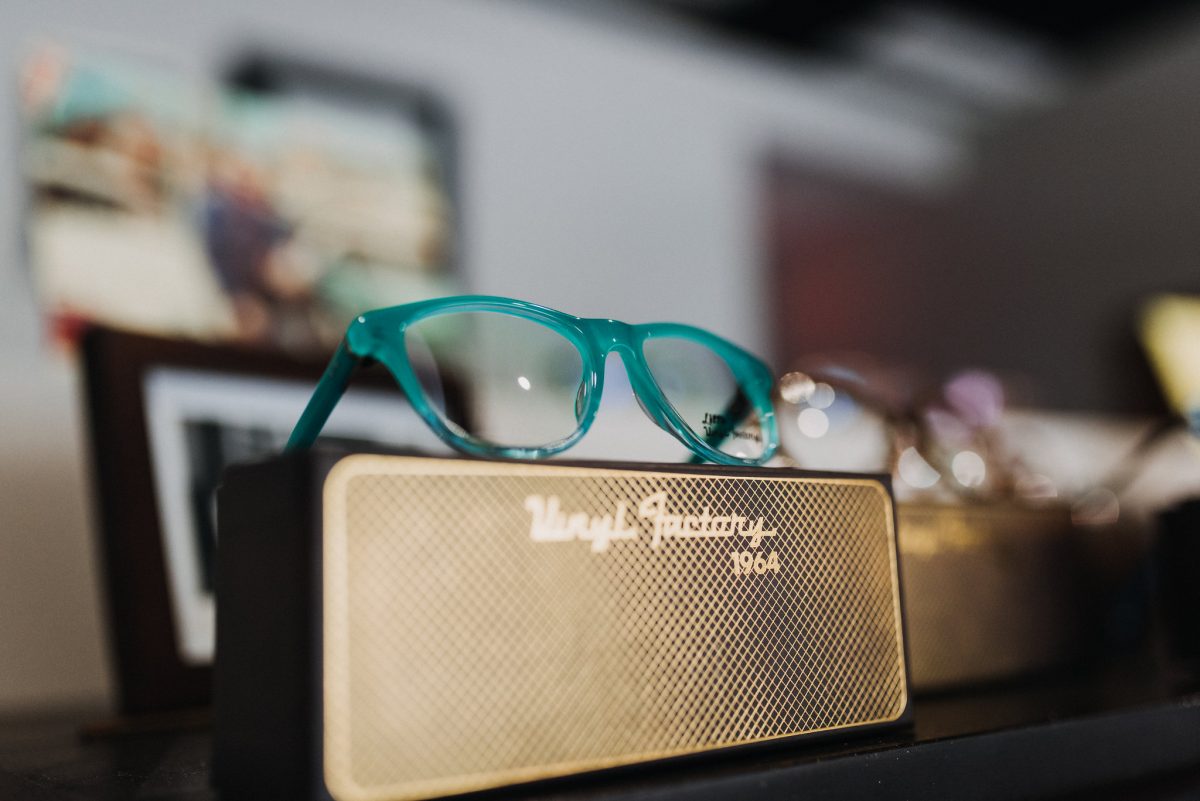 Each frame is a piece of art, delicately displayed among antiques collected from places like Dusty Loft, chandelier’s made by Michael Difazio chandelier and contemporary art by Kev Kav. Mark’s love of music is evident in his space, with old pianos and records used for display and decor. Vinyl Factory, another collection he carries, are bold statement frames named after musicians, designed to reflect their individual personalities. Mark also holds trunk shows and community events with local musical guests.

Follow The Walkerville Optical for more info on their upcoming event on Nov. 16th: a trunk show featuring new collections by Salt Optics and music by Flowerface here.