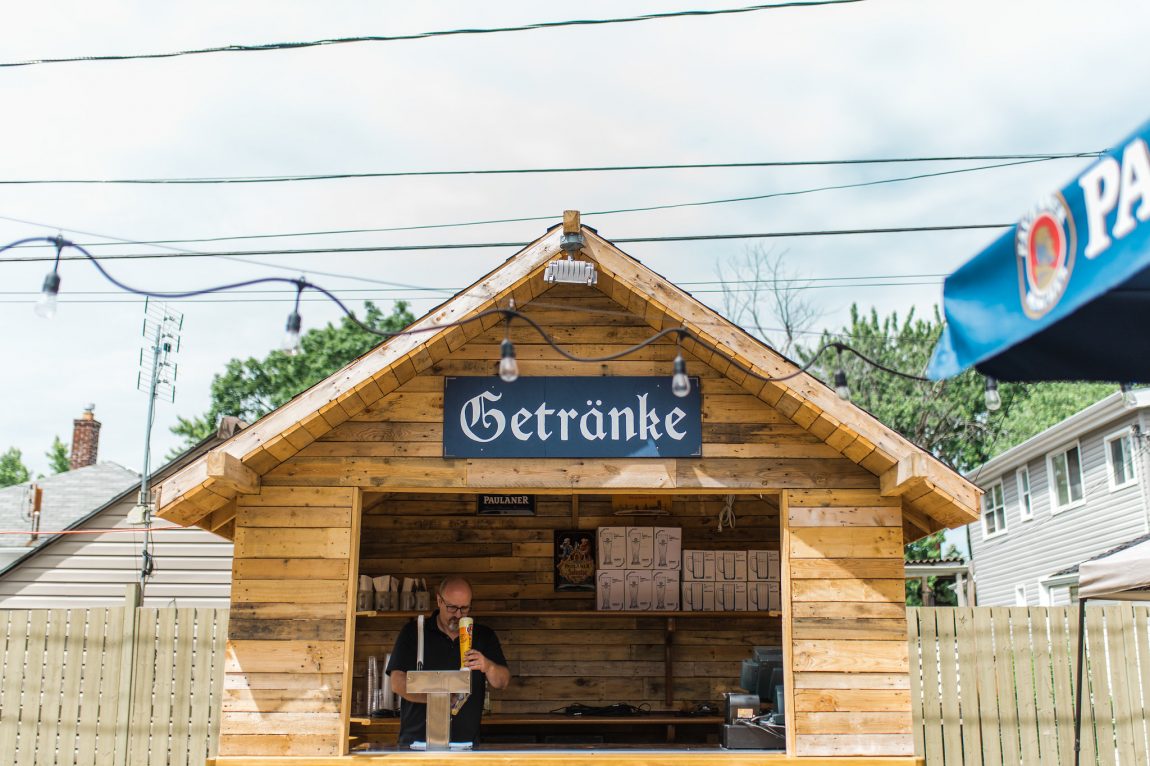 It’s a well-known fact that beer tastes better when the environment is just right. For me, the ideal drinking spot¬†is amidst the uncomplicated¬†charm of an authentic German “biergarten”. Craft beer may be all the rage these days, but often there’s nothing more refreshing than sitting down at a picnic table amongst new friends, with a¬†classic, easy-drinking Bavarian lager in hand. Luckily, thanks to Ryan, Wayne, Tracey and Rose Stiller at Heimat Windsor Banquet Centre,¬†there’s no need to hop on a plane to M√ľnich to enjoy a mug of authentic Paulaner beer because this local¬†slice of Oktoberfest is open all season long. 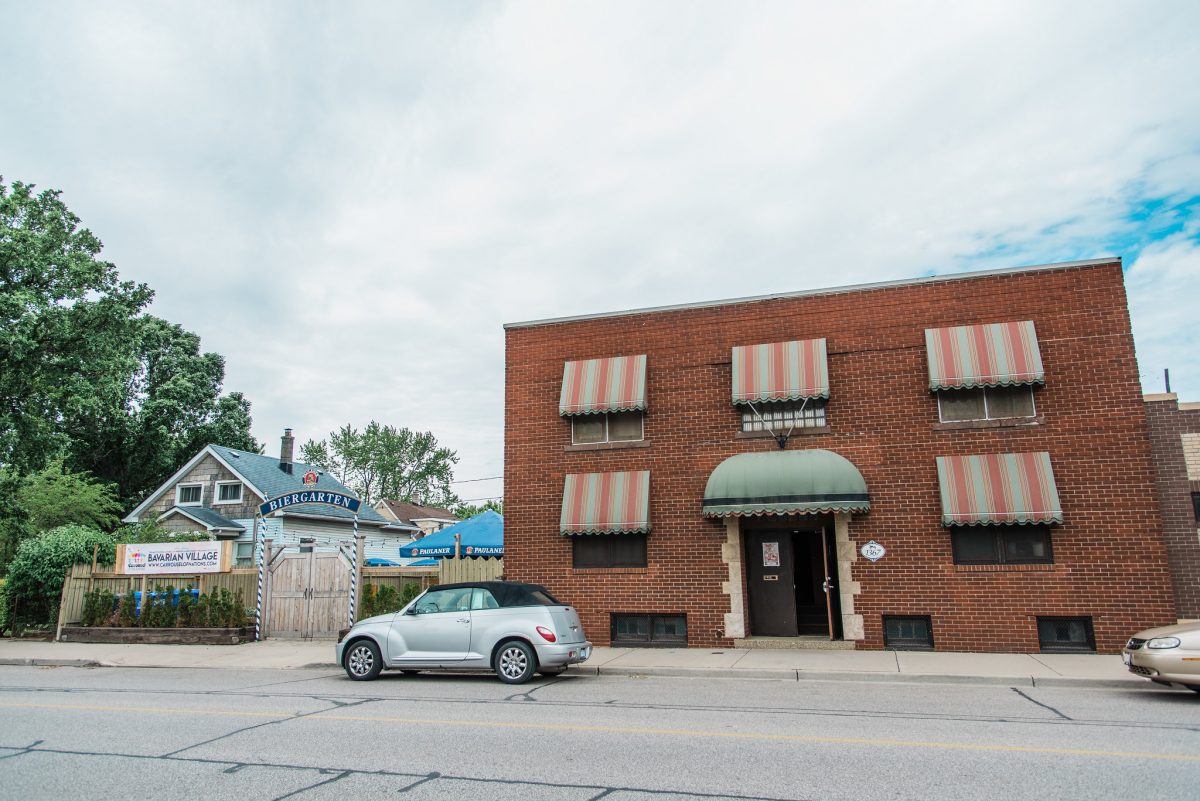 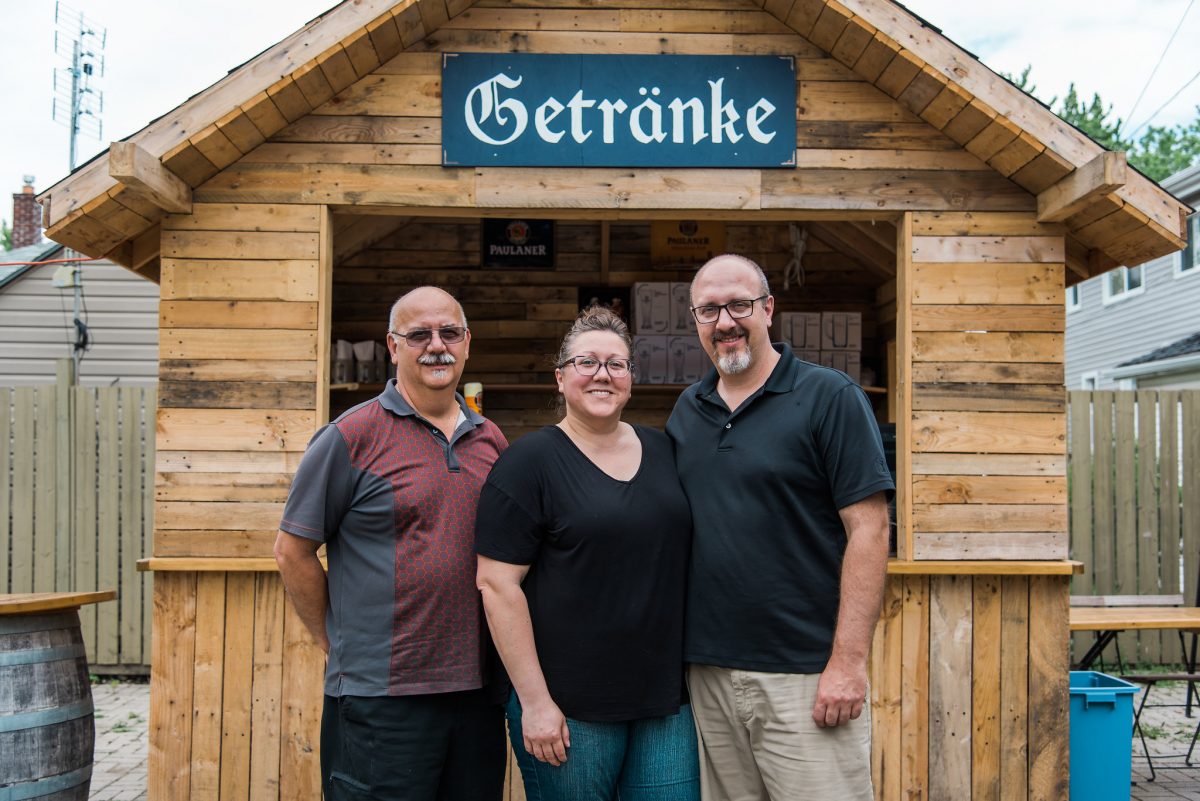 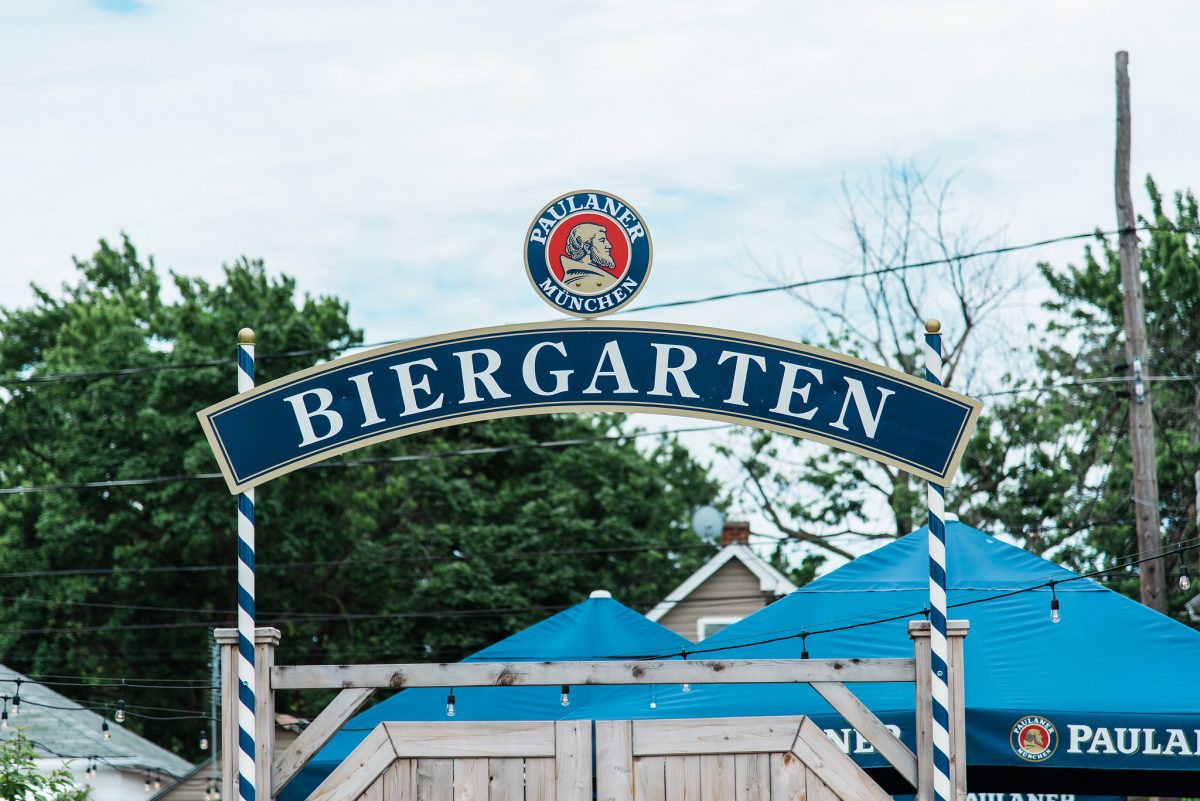 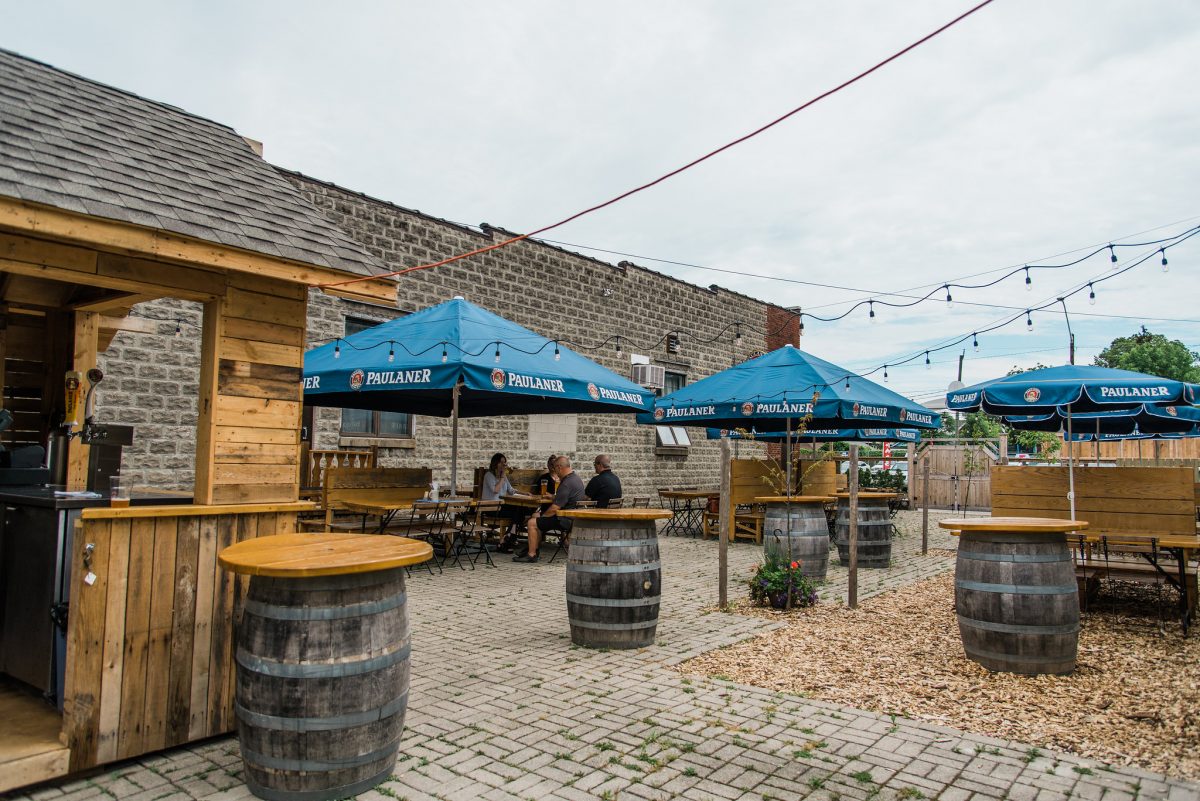 This particular¬†beer drinking atmosphere, perfected by over a thousand years of tradition, is so spot on that the Germans¬†have their own term¬†for the feeling. ¬†“Gem√ľtlichkeit¬†is used to describe the¬†idea of a state or feeling of warmth, friendliness and good cheer. Other qualities encompassed by the term include coziness,¬†peace of mind, and a sense of belonging and well-being springing from social acceptance”. It’s easy to imagine¬†how a¬†slow afternoon at Heimat can slip by and one pint can turn into many. 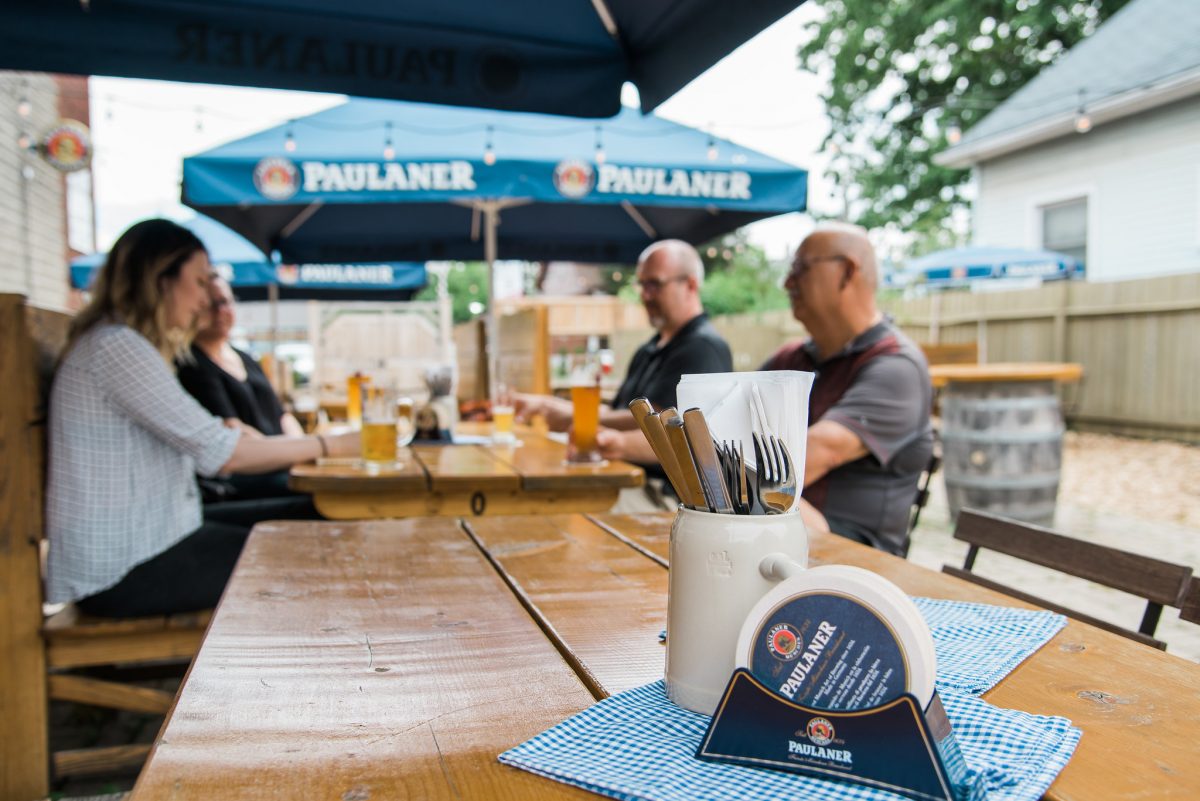 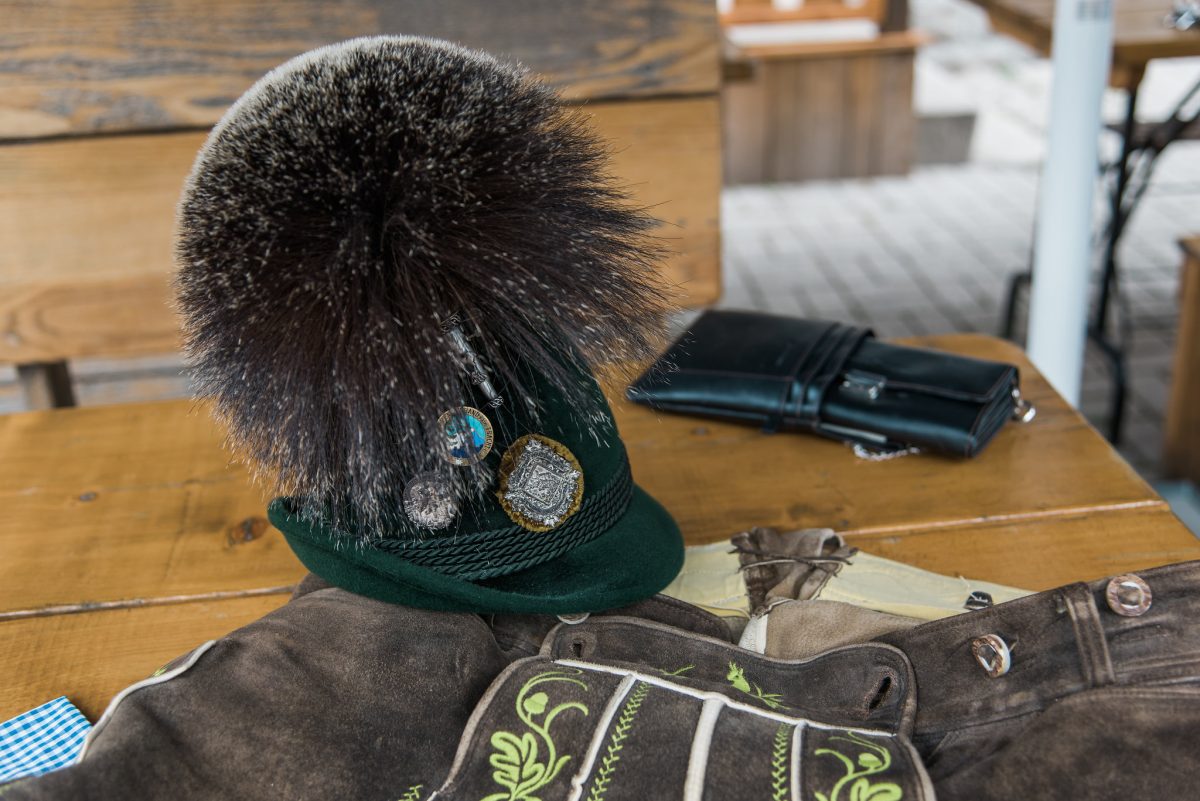 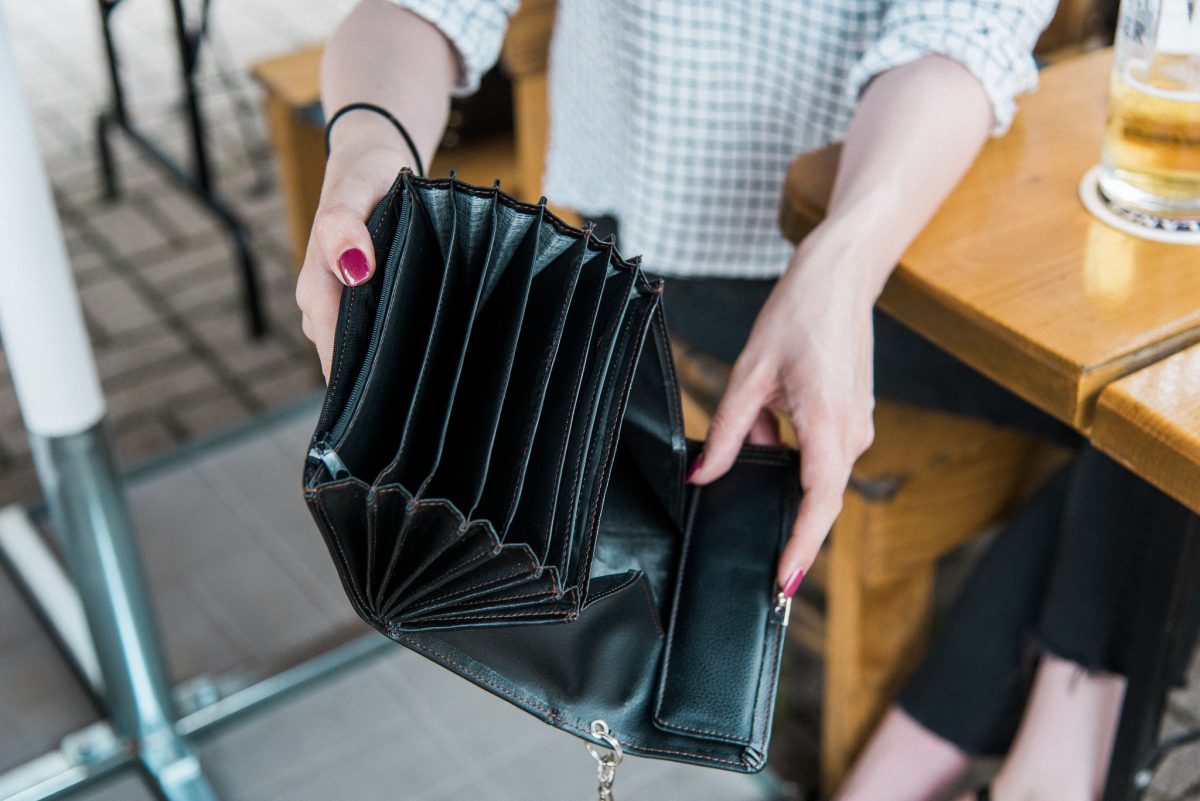 The Stillers¬†have done an impressive job of bringing some much needed¬†Gem√ľtlichkeit to the revival of¬†Ford City. ¬†Their attention to every detail, down to the traditional uniforms and European-style server pouches, strikes up fond memories of my¬†6 years living in Berlin. The family of owners have German heritages themselves but they explained the biergarten is modelled after their many trips and cultural experiences with friends in Bavaria. 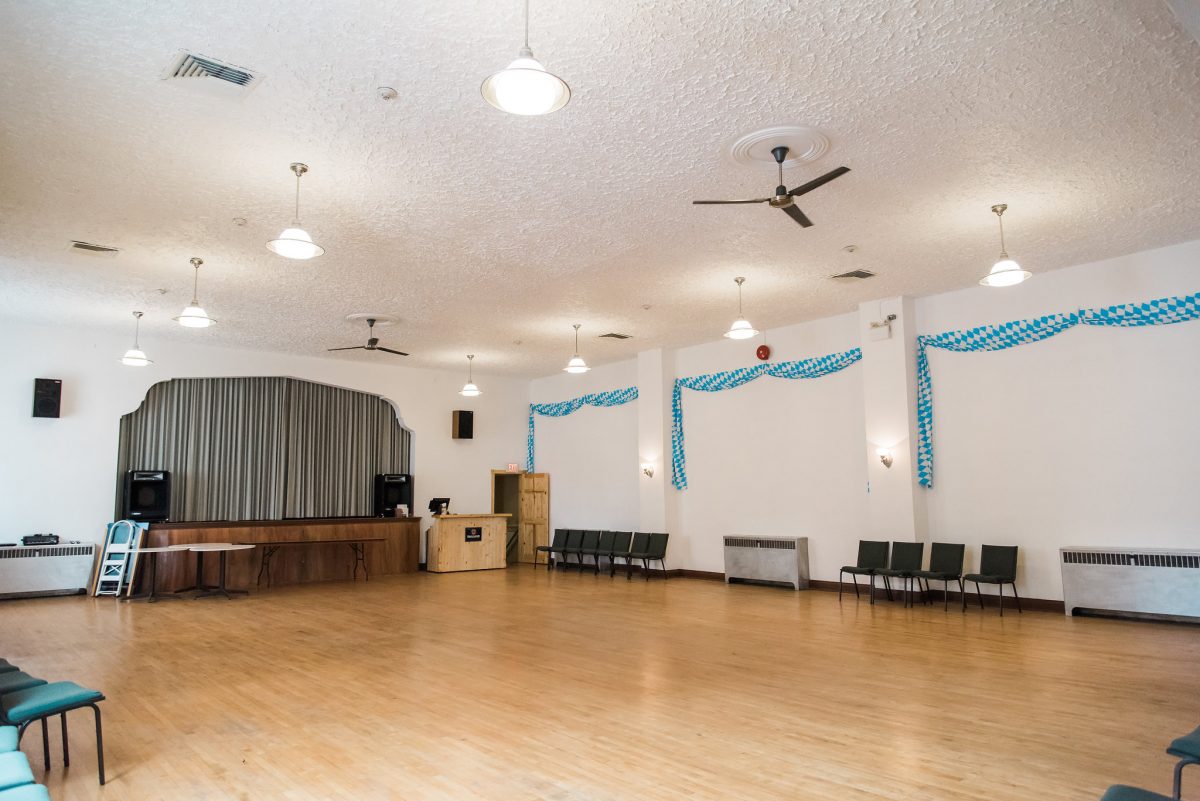 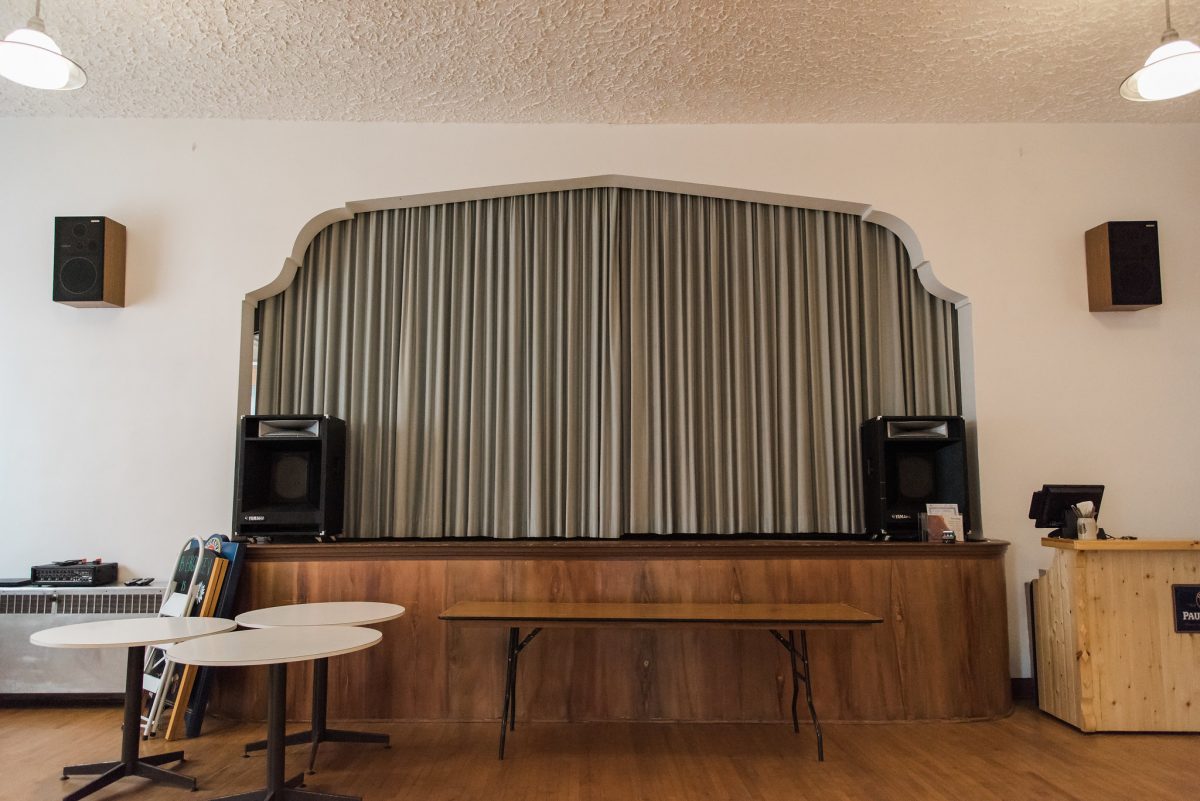 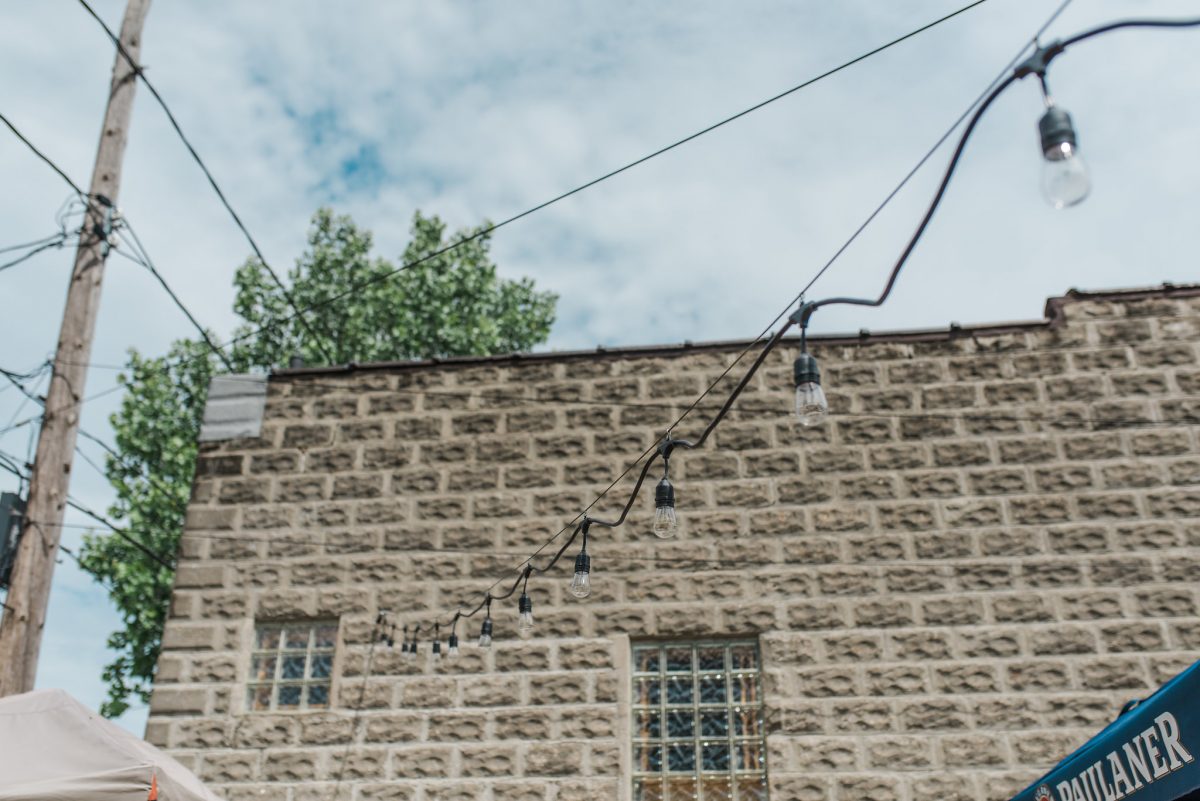 The family¬†were a tad¬†worried about opening a business in a less established neighbourhood but¬†decided to jump in head first, buying and extensively renovating the former Slovenian Club and Auction House in 2015. Now, in their second season, the Drouillard community¬†has welcomed them with open arms¬†¬†‚Äď even the bus drivers toot their horns at the owners as a gesture of approval. 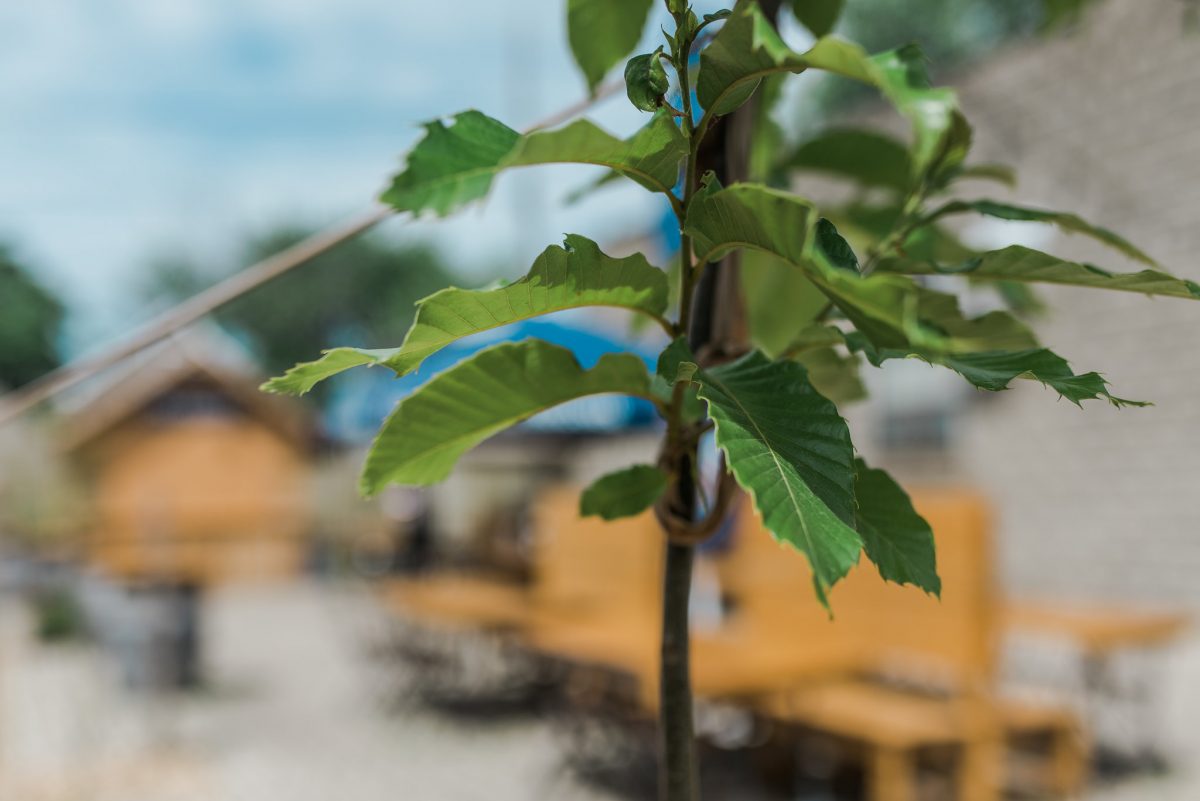 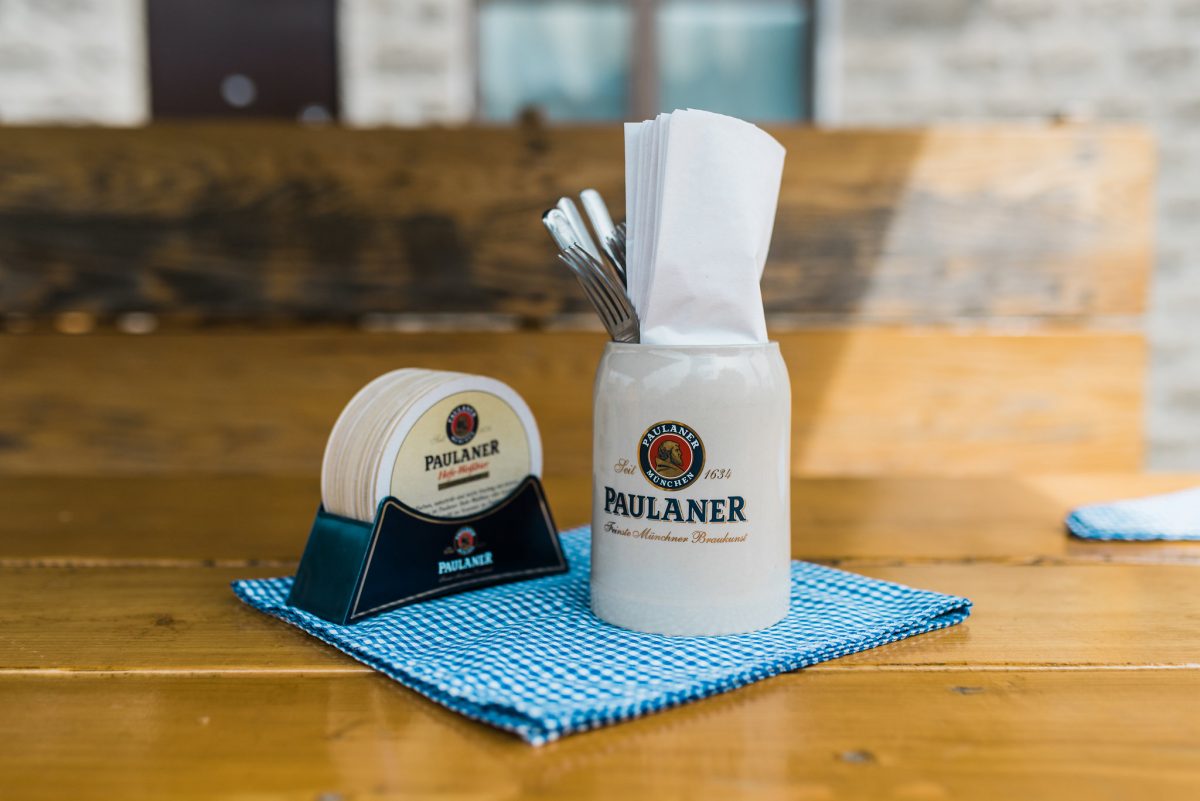 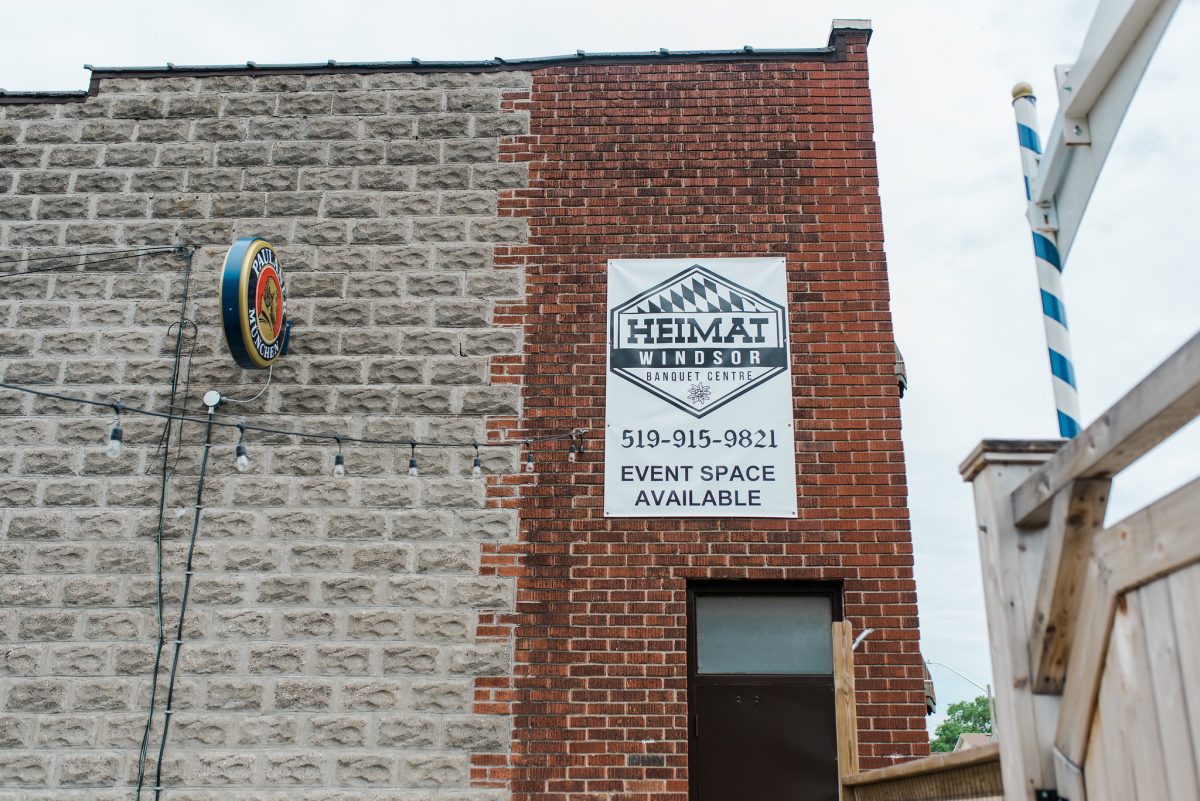 Their customers come from far and wide¬†(some even¬†from Germany) for their festivities, such as their sold-out Bock Beer Fest ‚Äď one occasion when¬†they import specialty beers, not normally on their menu. The event space holds ‘jack and jills’ and even weddings for those who prefer to dance the night away¬†in lederhosen. ¬†The biergarten is open seasonally, Thursday to Saturday¬†with a full menu including a variety of sausages and potato salads. ¬†Follow Heimat for more information on their special events below and if you¬†do plan¬†a visit, let it be known that if a server’s apron is tied to the right she’s married and if tied to the left she’s single.

bordercityliving
•
Follow
~Local Story~ Welcome to the Estate of Health - Essex County's first destination wellness centre, designed to restore, nourish and revitalize the body, mind and spirit. After being purchased by the Scott's family in 2019, extensive renovations went underway to make this home more accessible to all who might be on their healing journey. From there, the Estate of Health has become a beloved staple in the quainte Town of Kingsville. Now, guests come for many types of treatments - massages, reiki, salt scrubs, yoga, reflexology and forest bathing - or to enjoy local-made lunches and their homegrown medicinal teas in the lounge or observatory. A feeling of ease is guaranteed while strolling the grounds which have been aesthetically manicured and perfectly blended with wild gardens that respect the native flora and fauna of our region. And of course, it only get's better with some relaxation time in the Finnish sauna and by the saltwater pool. ūüĆä After such a busy summer we can't wait to book our treatments for some relaxation time this fall! Photos by the amazing @emmadavidsonphoto . . . . . #yourstorystartshere #bordercityliving #localstory #blogpost #spa #windsorspa #kingsvillespa #supportlocalyqg #windsoressexbusiness #ontariospa #windsorontariorealestate #kingsvillebusiness #kingsvilleontario #ontariorealestateagent #interiordesign #womeninrealestate #belleriverontario #tecumsehontario #lasalleontario #windsoressex #realestate #yqg #ontariorealestate #windsorrealestate
View on Instagram |
1/4 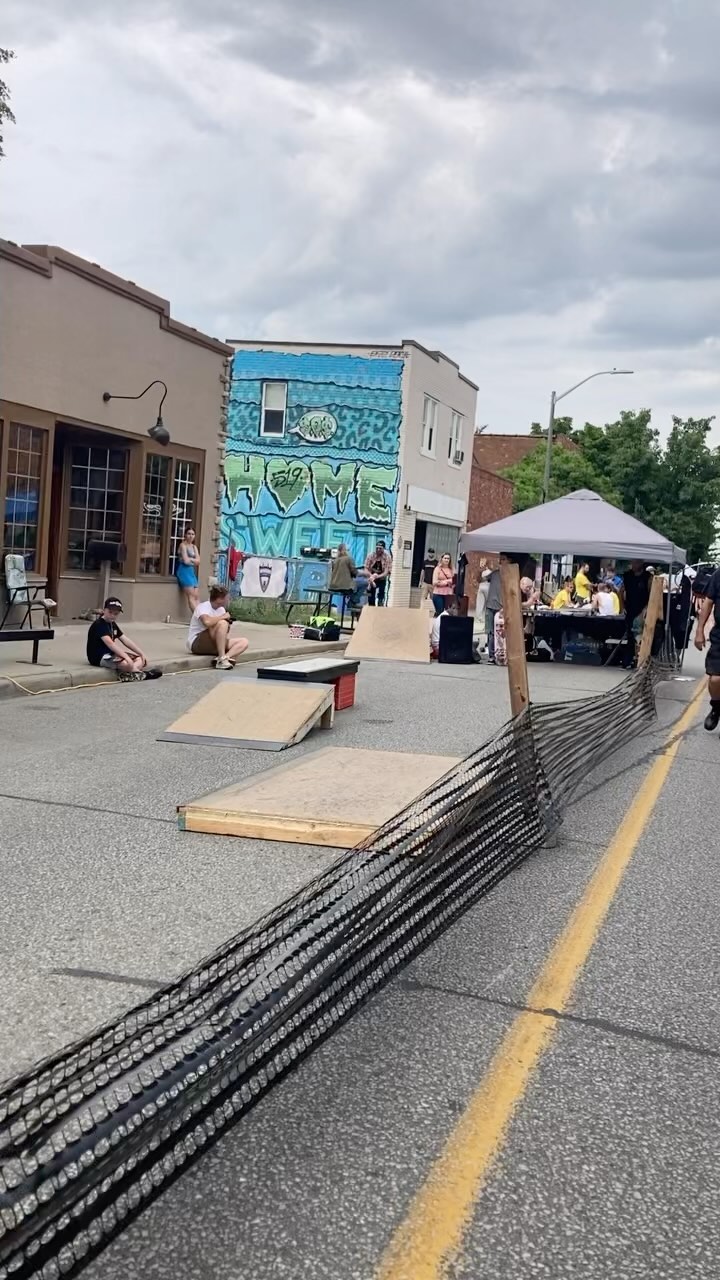 bordercityliving
•
Follow
Already wishing it could be Dropped on Drouillard again‚Ä¶ We can‚Äôt wait to see you all there again next year!
View on Instagram |
2/4 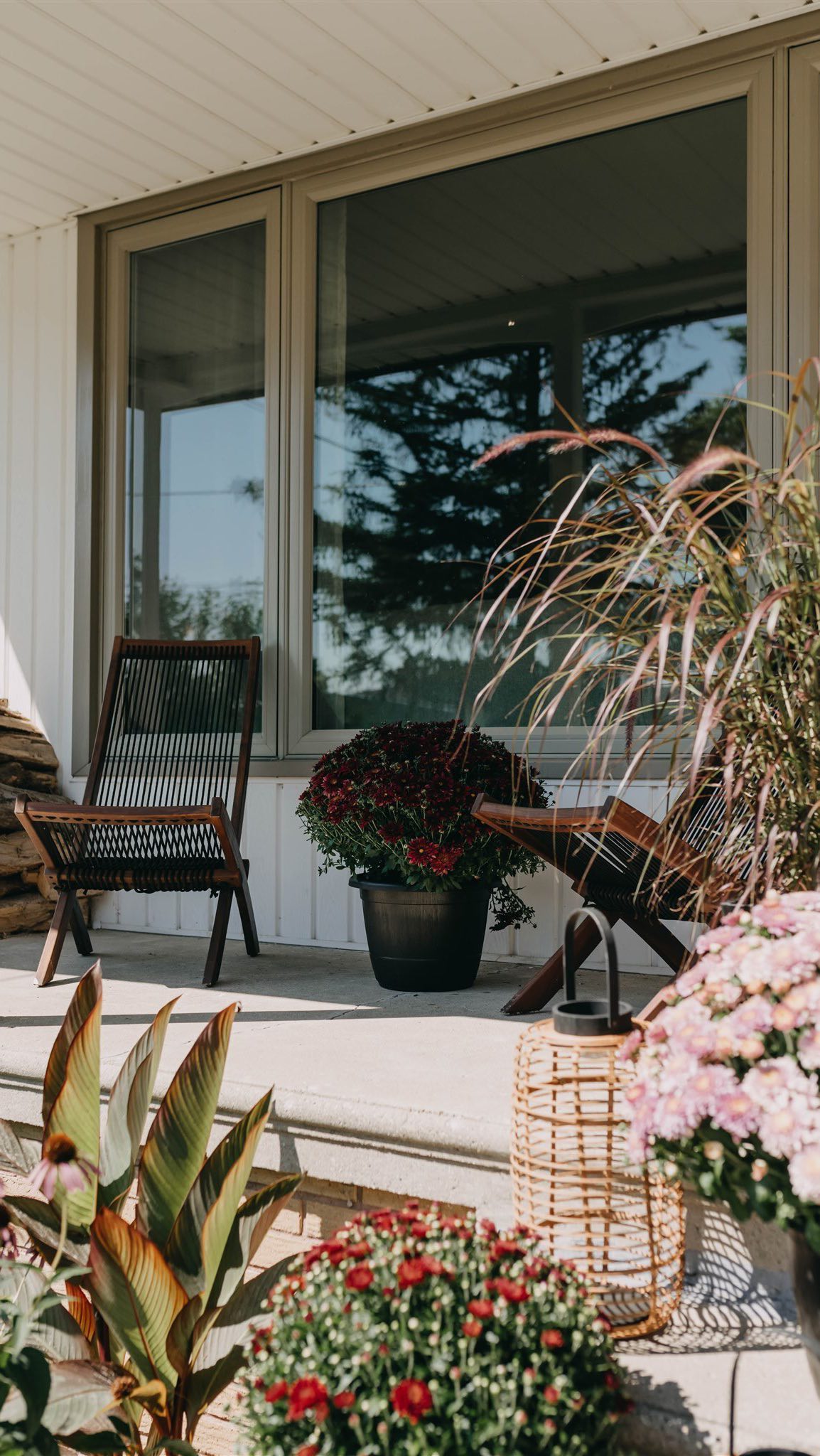 bordercityliving
•
Follow
~ New Listing: 1115 Jarvis Ave. ~ City living with country sensibilities in East Riverside.‚Ä®‚Ä®Located on a coveted street, lined with architecturally diverse homes, this 3+1 bedroom, 3 full bathroom ranch sits on a private 3/4 of an acre lot. Its new owner will enjoy tranquility, diverse wildlife and native plants in their own naturalized area. Great for avid gardeners, nature lovers, and families. Tinker on a Saturday afternoon in the workshop, attached to the 2.5 car garage. Enjoy making dinners with family and friends in the open-concept kitchen or head out for a bike ride along the Ganatchio and Blue Heron Lake trails. Close to all amenities, shopping, beaches, great schools, minutes to the city centre and US border.‚Ä®‚Ä®We don‚Äôt expect this to be available for long, so for additional details or to set up a private viewing, head to the link in our bio. #yourstorystartshere #bordercityliving #forsale #newlisting #windsorrealestate #yqg #realestate #ontariorealestate #windsoressex #riverside #riversidewindsor #riversidewindsorhouseforsale #belleriverontario #tecumsehontario #womeninrealestate #househunting #ontariorealestateagent #farmhouse #countryliving #countryinthecity #propertyforsale #farmhousestyle #interiordesign #homedecor #houseforsale #windsorontariorealestate #windsorrealestateagent
View on Instagram |
4/4
@bordercityliving