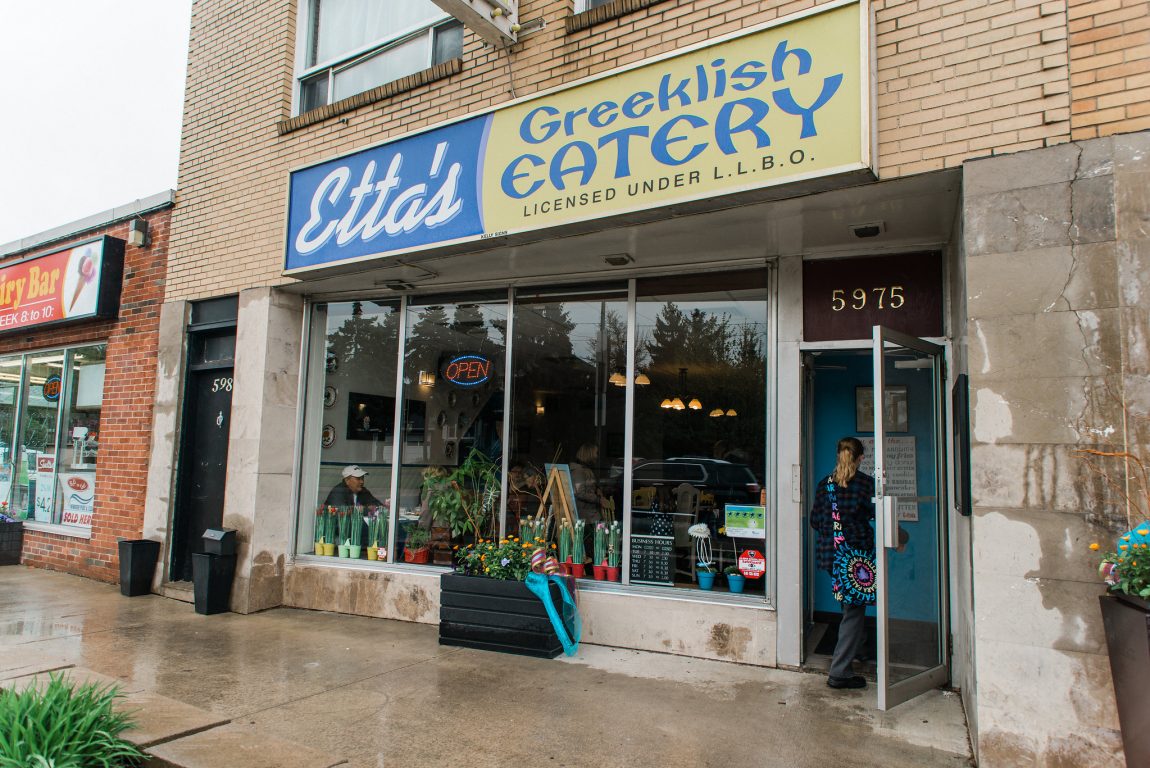 John and Debbie Filippakis have discovered the recipe for running a successful restaurant during their 30+ years in the business. Their success in Old Riverside hasn’t been dependent on the amount of parking they have, how visible their signage is or the type of training their chef has received.  Etta’s Greeklish Eatery doesn’t need to be “fancy” to be consistently packed on any given Thursday at 11:30am – people come for their commitment to great service and the fresh, wholesome, real food with a Greek twist. 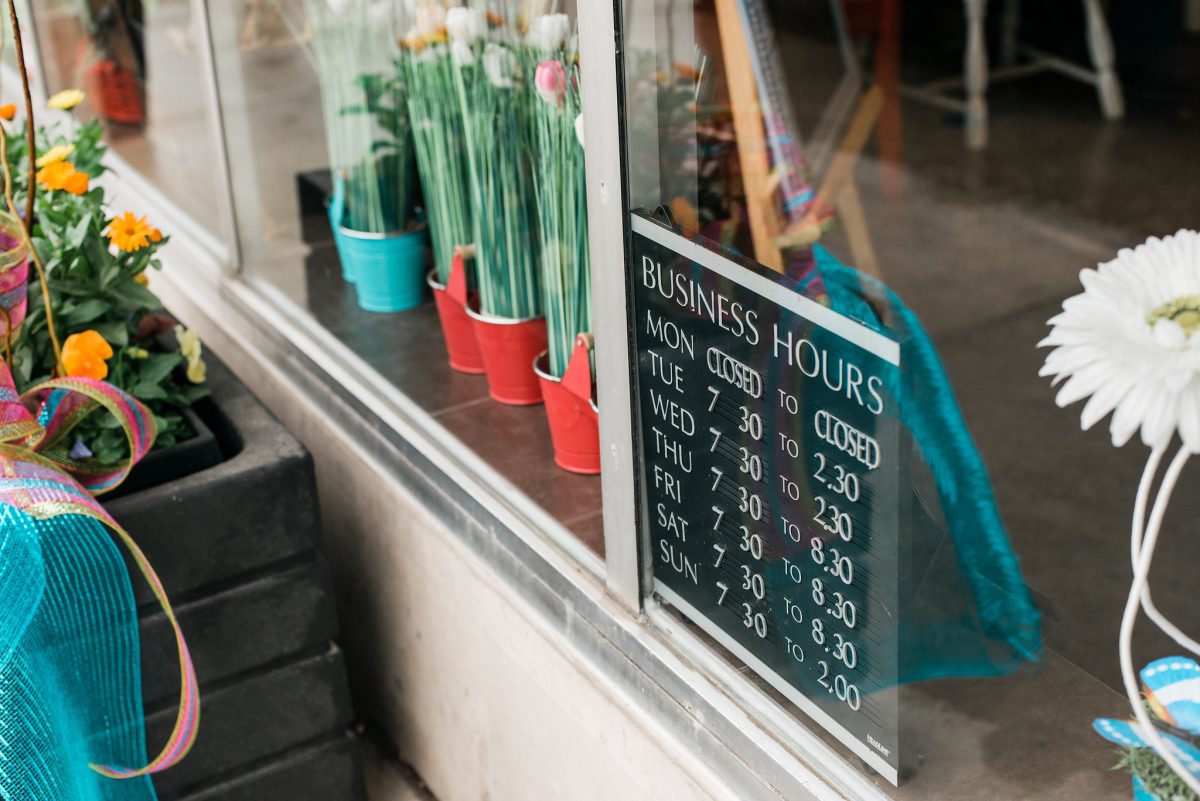 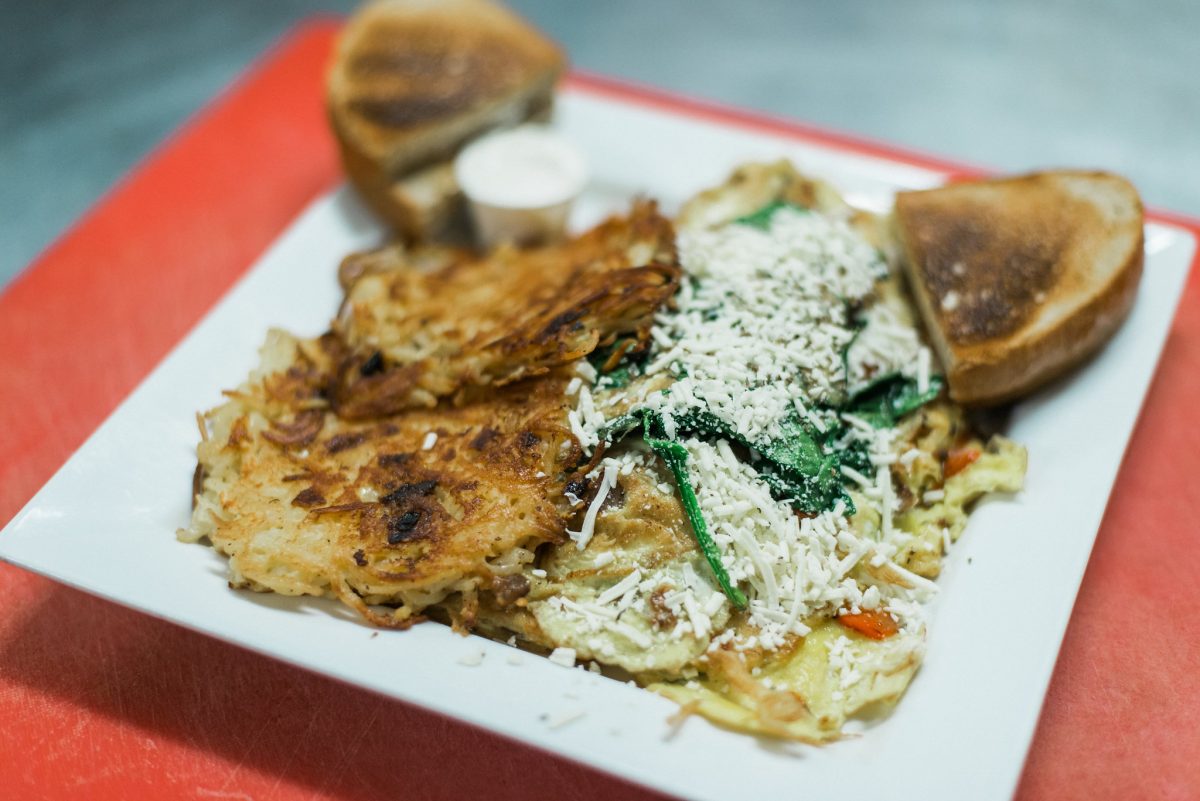 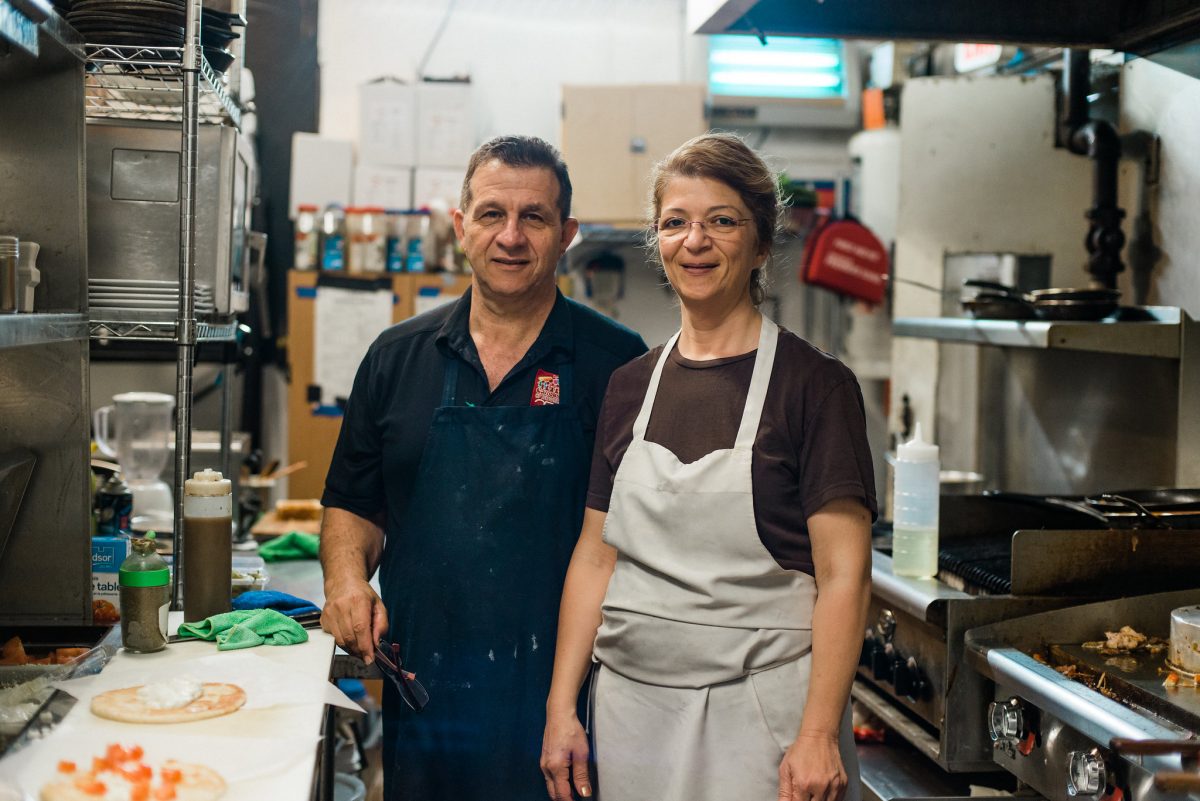 Debbie grew up in Windsor after her parents relocated from a small island in Greece. In ’83 she went back to Greece to wed John – the beginning of a happy marriage arranged by their families. At the time, John preferred the beautiful beaches and fresh, salty air of the Greek Islands to the industrial landscape of Windsor in the 80s. So, after a few back and forths the couple settled on growing their family in the mediterranean.

“We’re Greek, we love food and we love to eat.” – Debbie Filippakis 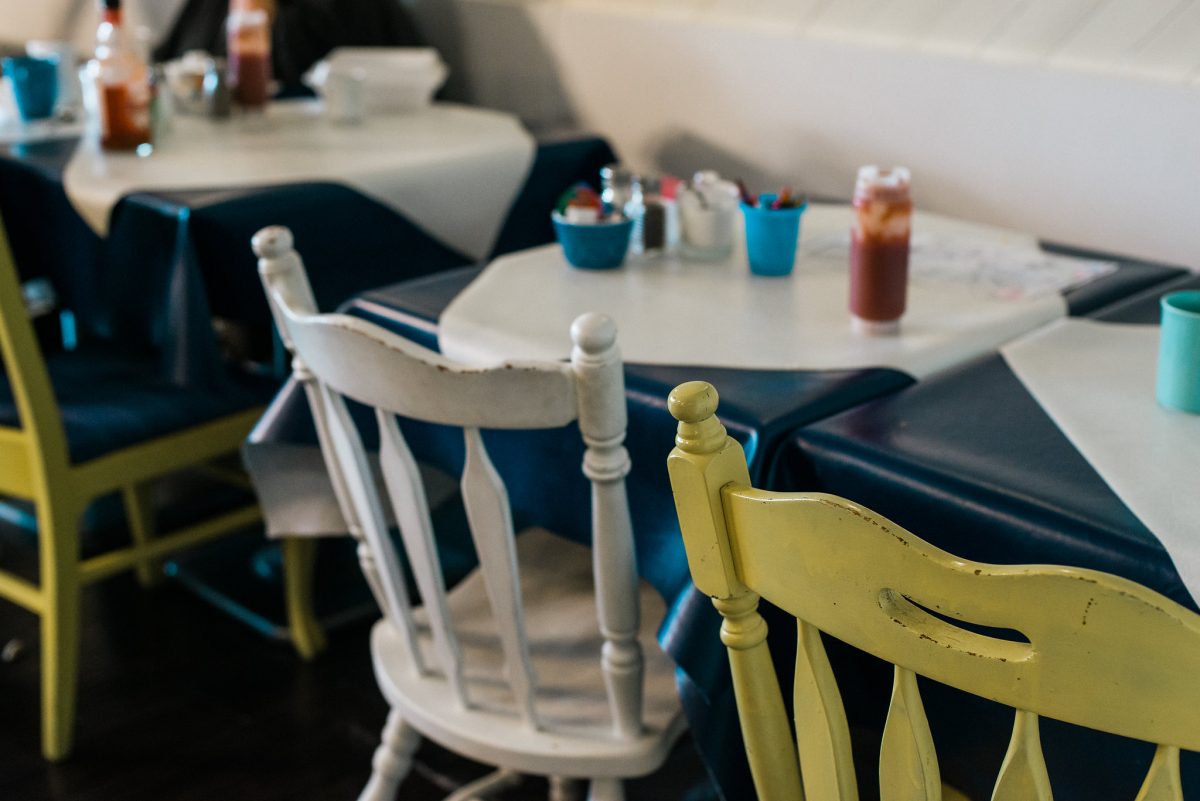 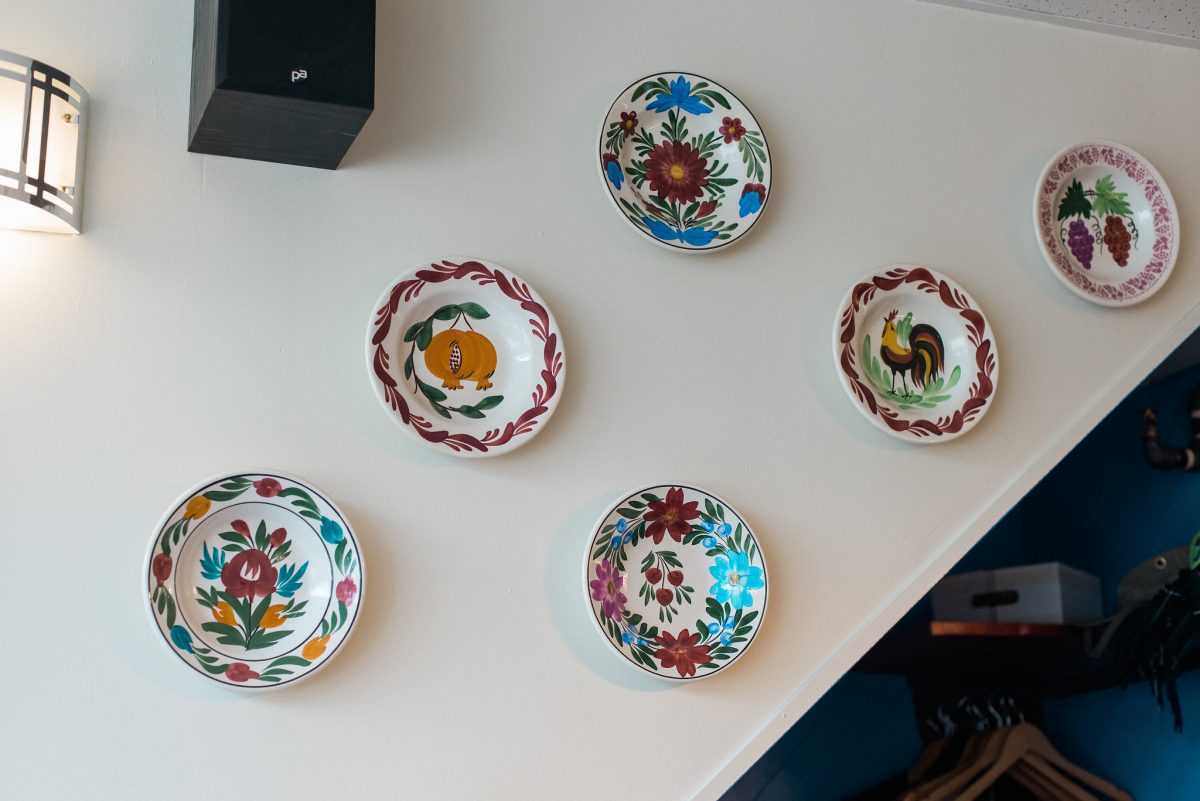 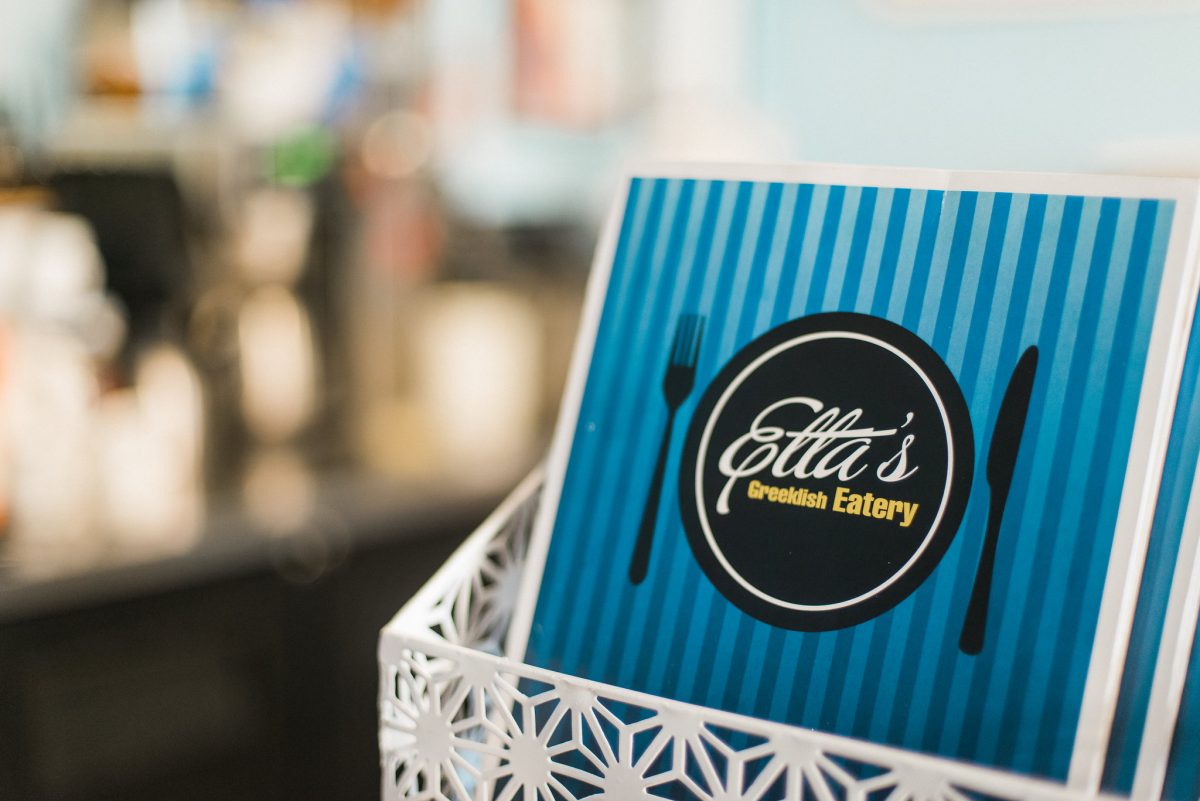 After 8 years running another family restaurant in Greece, some differing views on local politics and the school system they altered the plan and decided that their children would have more opportunities, outside the tourism and restaurant business, if they finished school in Canada – according to Debbie, its one of the best decisions they’ve made for their family. The couple have 4 sons (the eldest of which is 32) and the most recent addition, a 5 year old daughter… go Debbie! 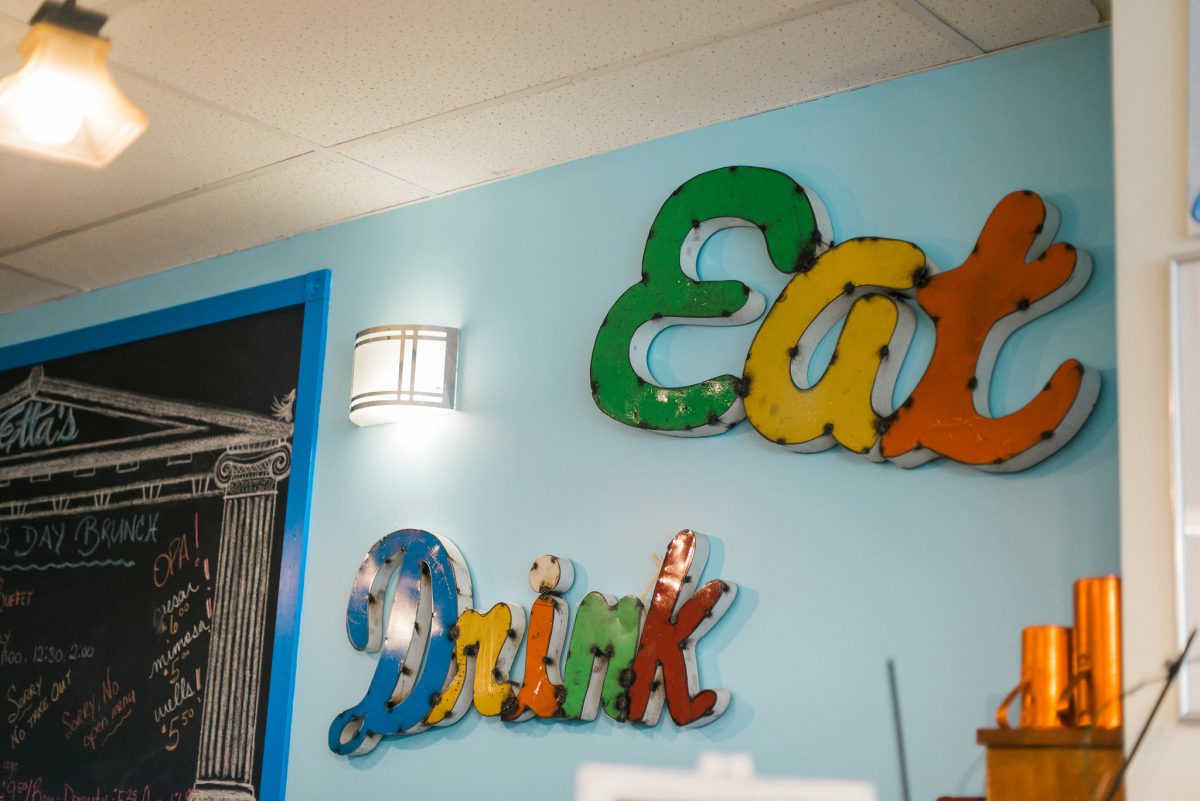 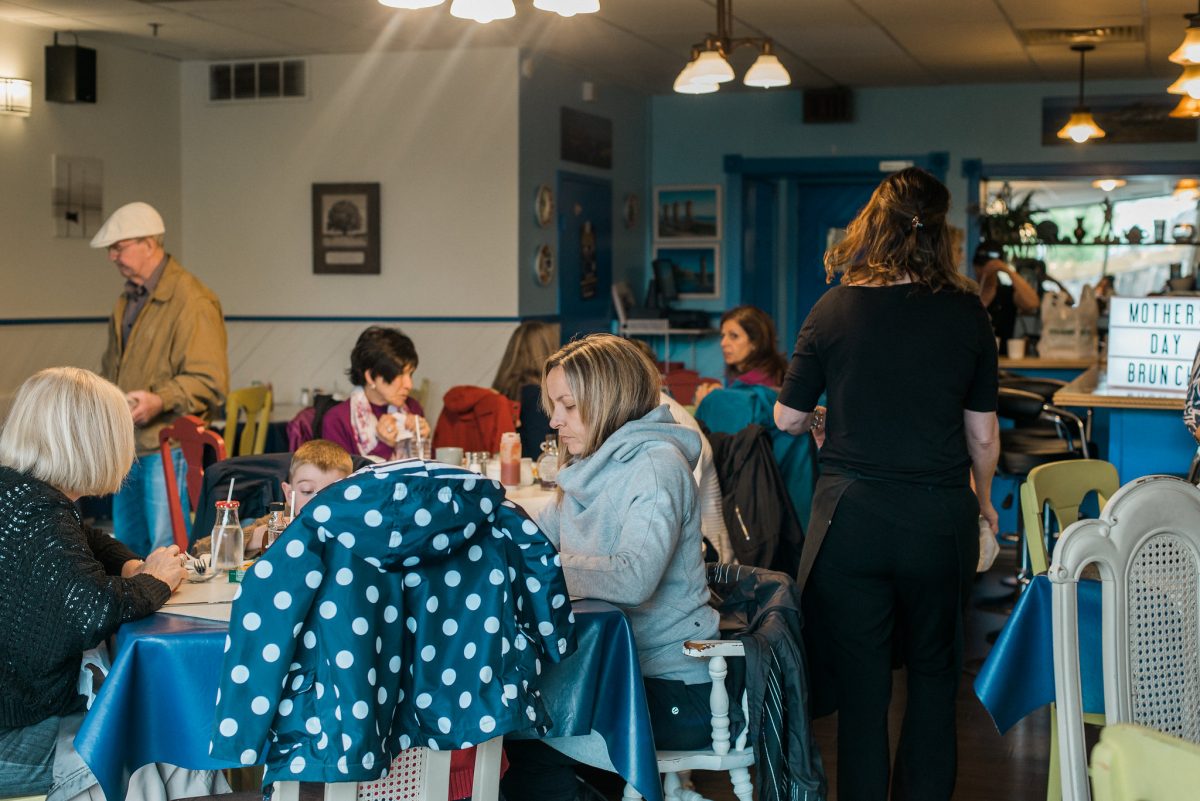 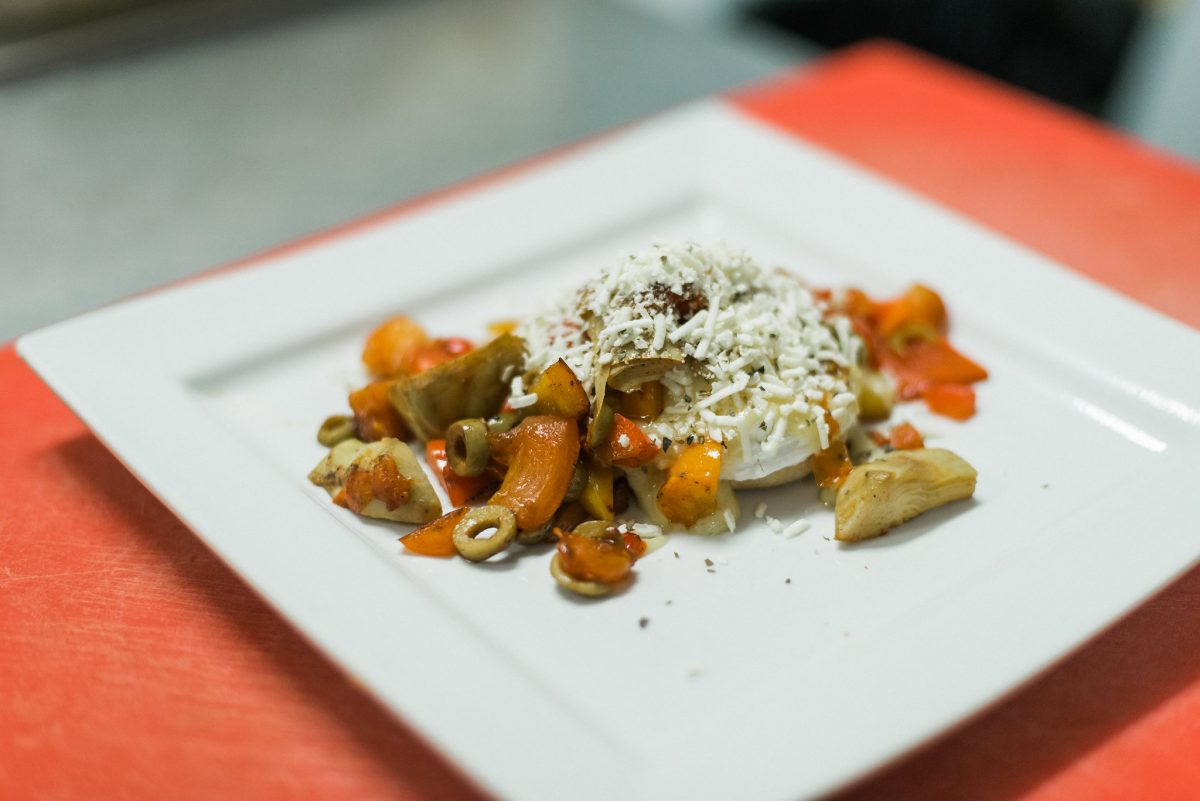 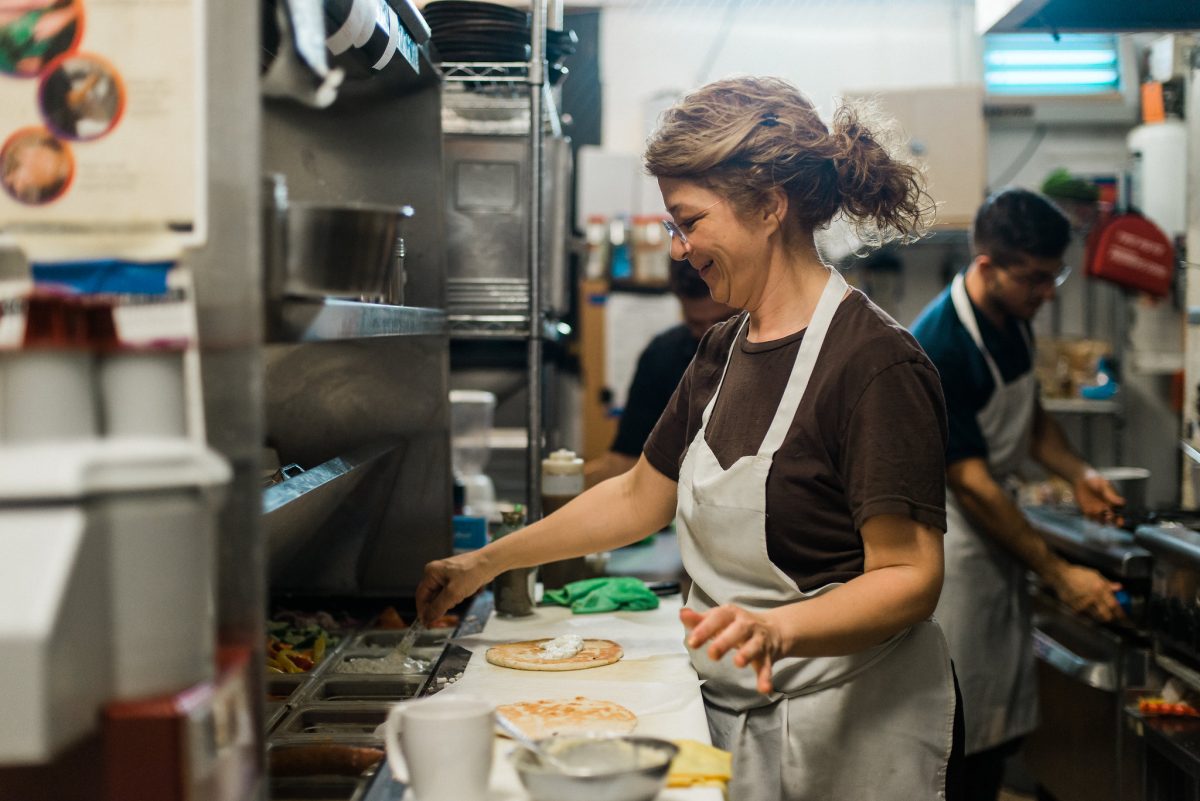 It was so interesting to talk about her perspective on how this city and its people have changed since the 70s. Their parents, being first generation immigrants, were apprehensive about non-Europeans, which meant their kids weren’t allowed to go to school dances. While the parents were working the kids needed to be home and safe. Nowadays, she feels that people are after the finer things in life and thinks maybe the Internet has helped people to open their minds and live less sheltered lives. Debbie and John encourage their kids to go out and experience things, travel, see the world and “go to the party if they want to”. 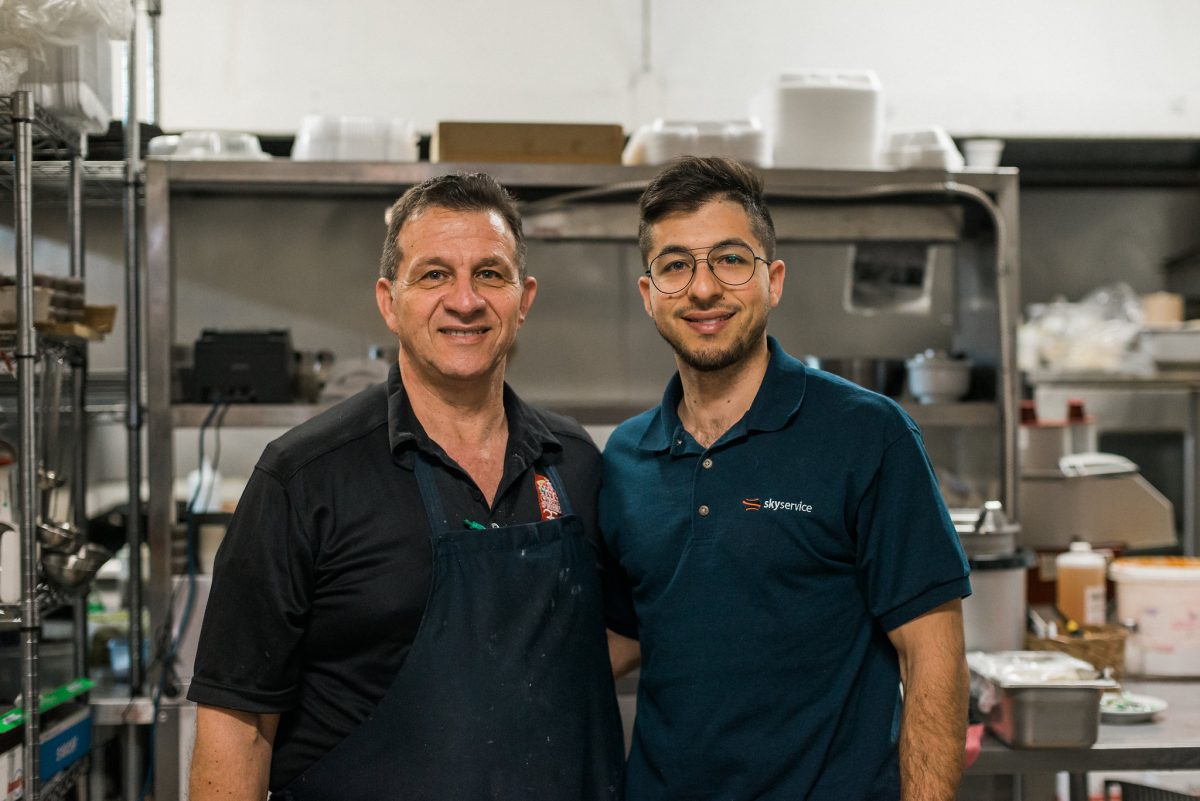 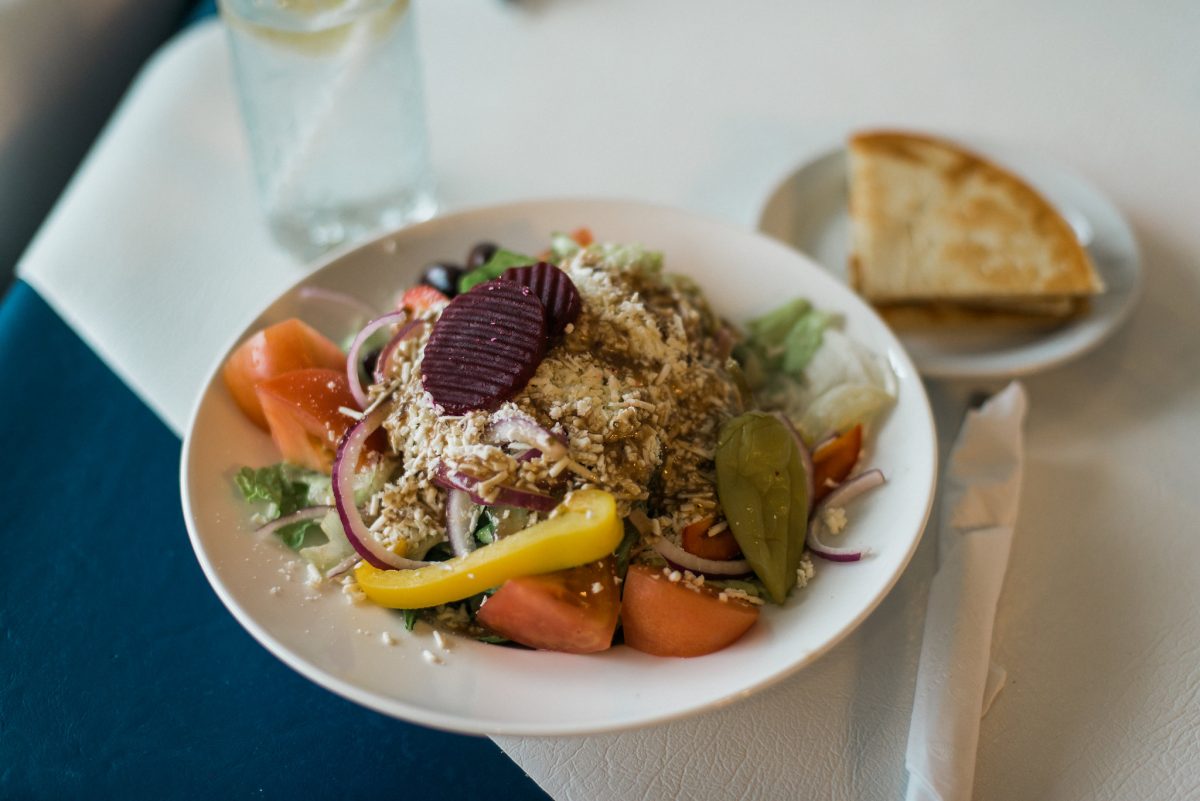 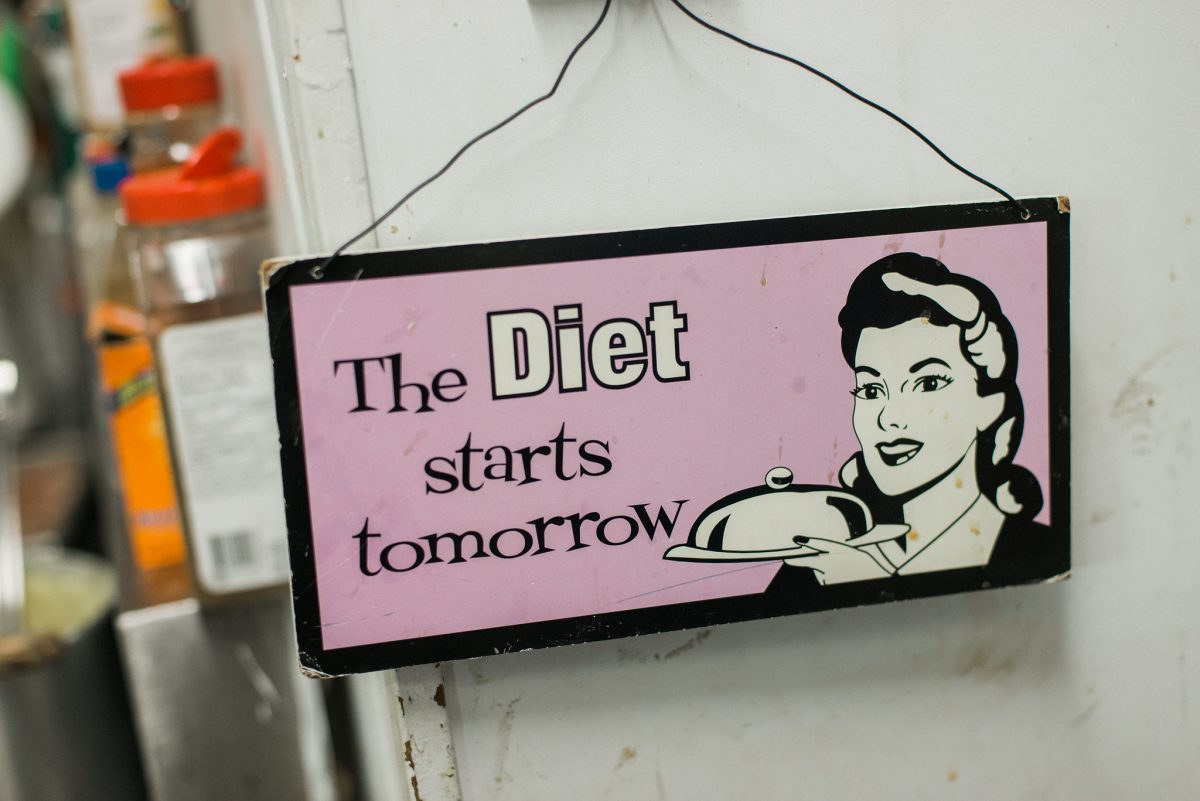 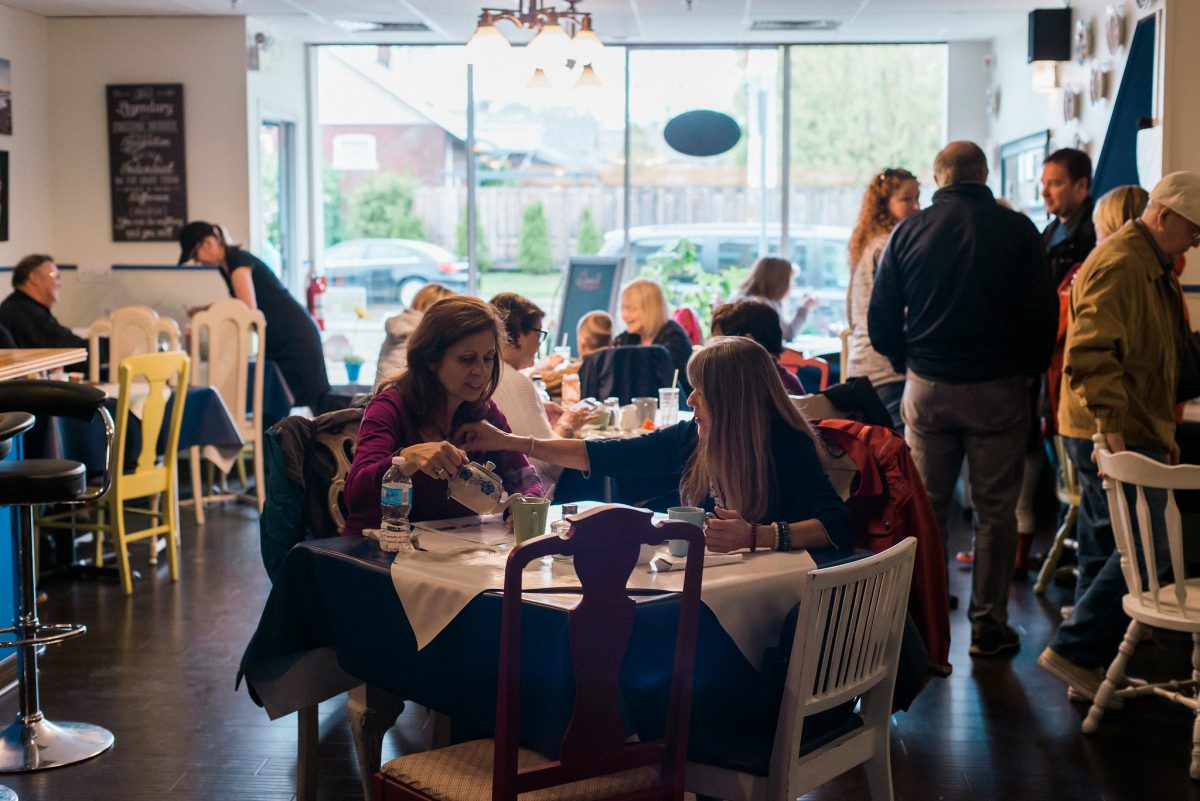 The family vibes reverberate in this Greek-Canadian fusion restaurant. John, the head chef, didn’t train at a fancy culinary school, he just loves to cook and experiment. “We’re Greek, we love food and we love to eat.” And because they make everything to order they’re happy to swap out ingredients. If you’re gluten free, feel free to bring your own bread or pasta – they’ll cook it up for you, no problem. They make a homemade gyro that you won’t find anywhere else in the city, use local ingredients whenever possible and they definitely don’t scrimp on the veggies. Visit them in Riverside for breakfast or the best moussaka in town and follow them on Facebook to stay up to date with special events.